This rotation was suggested by Mic Fels, grain grower from Esperance, WA. Mic is both a grain grower and engineer who loves to MacGyver-up crazy inventions on his farm, usually to the KISS formula – keep it simple stupid. Mic uses a double stacked rotation of Canola (TT) : Canola (RR) : Wheat : Wheat : Barley : Barley. His philosophy is to get weed numbers low and keep them that way. He doesn’t like dealing with blowouts.

Mic is a pioneer of the chaff lining technique of harvest weed seed control. Chaff lining involves making a narrow windrow of chaff only in the middle of the harvester with straw spread as normal. The chaff line is not burnt, rather it is left for weed seeds to rot and / or for weeds to compete with each other in a narrow row, leaving the remainder of the crop clean. Every six years he plans to drop a conventional canola narrow windrow on top of the chaff line and burn it. He wasn’t the first to use the chaff line technique but he is a very strong advocate.

First up we compare a herbicide only strategy with adding crop competition, topping of canola and chaff lining. RIM doesn’t have narrow row spacing as an option so high crop seeding rate was used to simulate the crop competition from narrow row spacing. Also, RIM doesn’t like double stacked canola so we have simulated this using a legume : canola rotation. The weed control in the legume phase is set up to resemble TT canola. 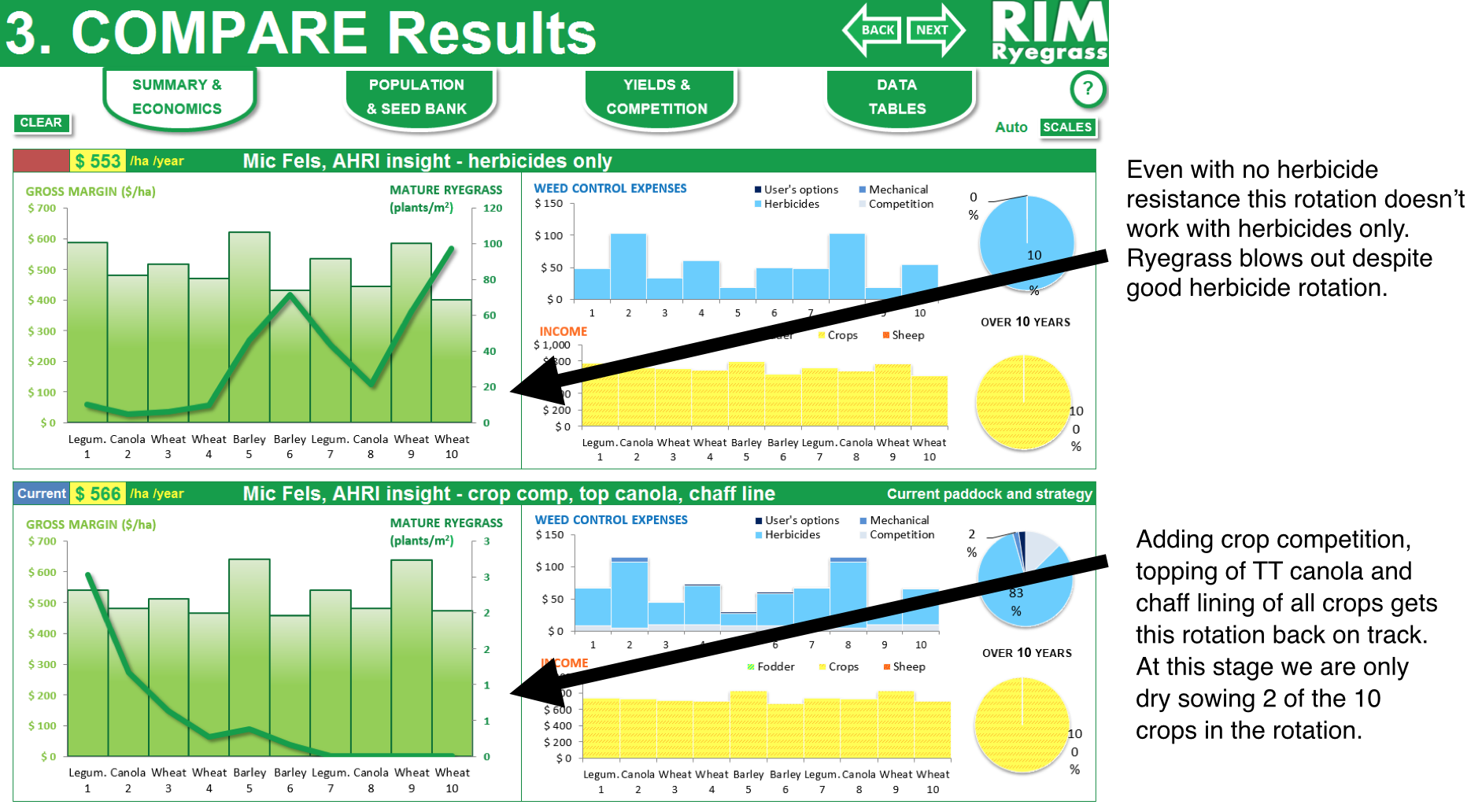 Dry sowing is where it is at to improve the time of sowing and increase yield. Mic likes to dry sow all of his canola and barley. So to the question, is his weed management aggressive enough to get the ryegrass numbers low enough to dry sow 2/3 of his program. We also wondered what would happen if resistance evolved to some key herbicides. 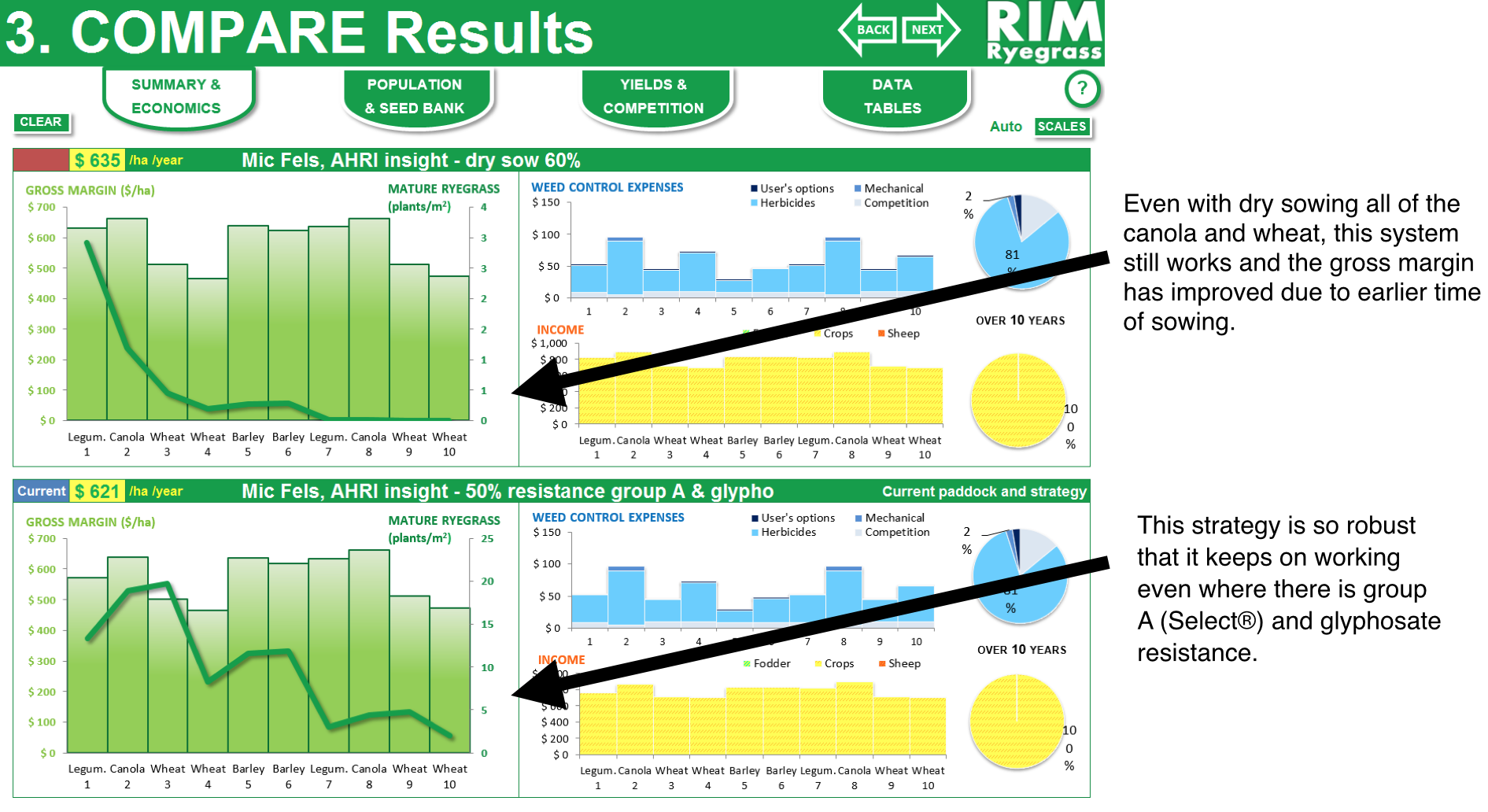 Mic’s system is pretty out there! He uses techniques that may not be everyone’s cup of tea such as narrow row spacing (7.5” disc machine), double stacked rotations and chaff lining. Double stacked rotations may have disease risks, but Mic’s theory is that this is minimised by giving the paddock a four year break after two canola crops. Chaff lining is not scientifically tested, but I have visited this farm and have been blown away by how few weeds there are on the chaff lines. RIM tells us that this farming system should do the trick for the ryegrass seed bank, and in practice, it appears to be working. This system does not rely on high tech gear, can be low cost, and is achieving DIVERSITY. 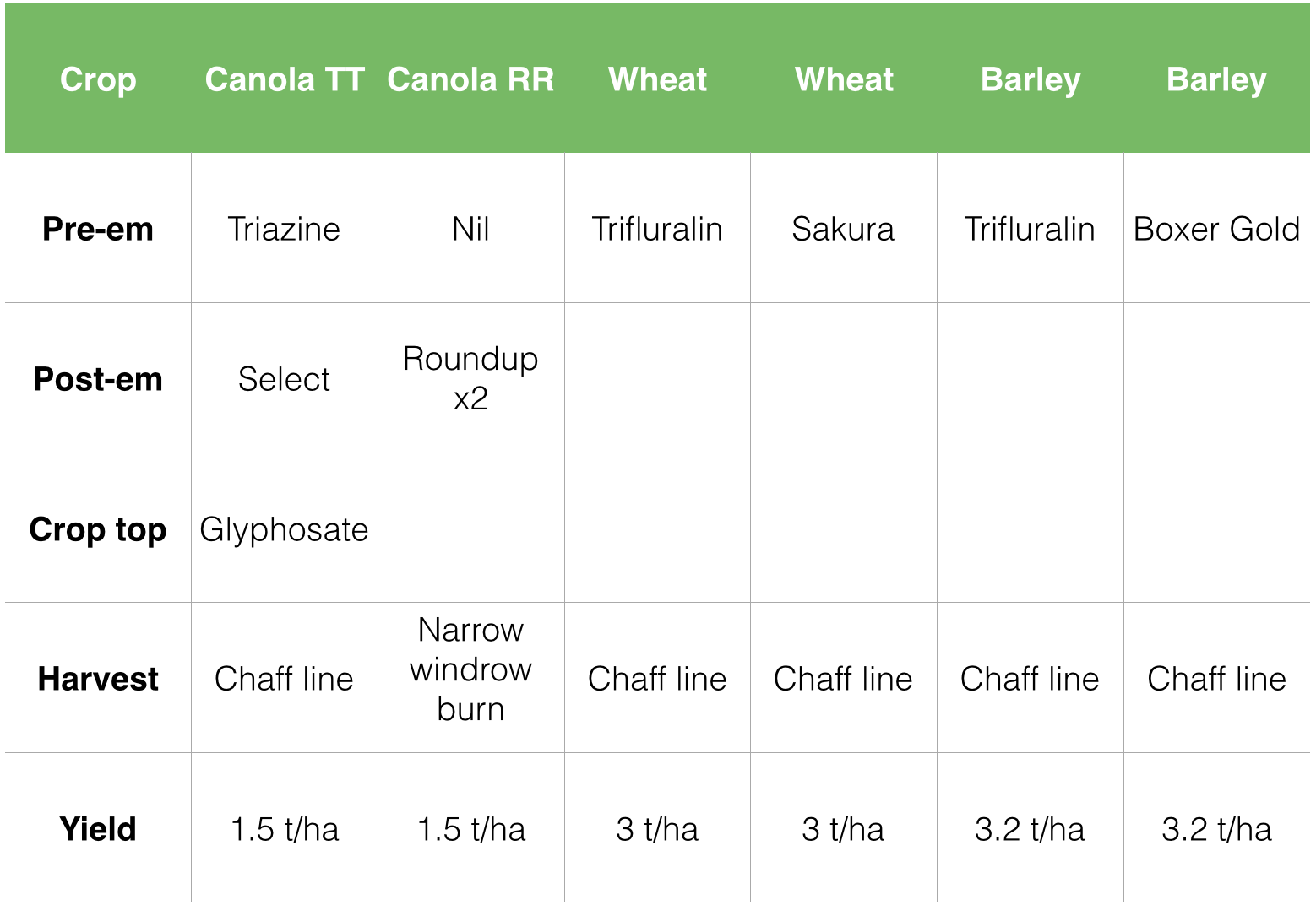 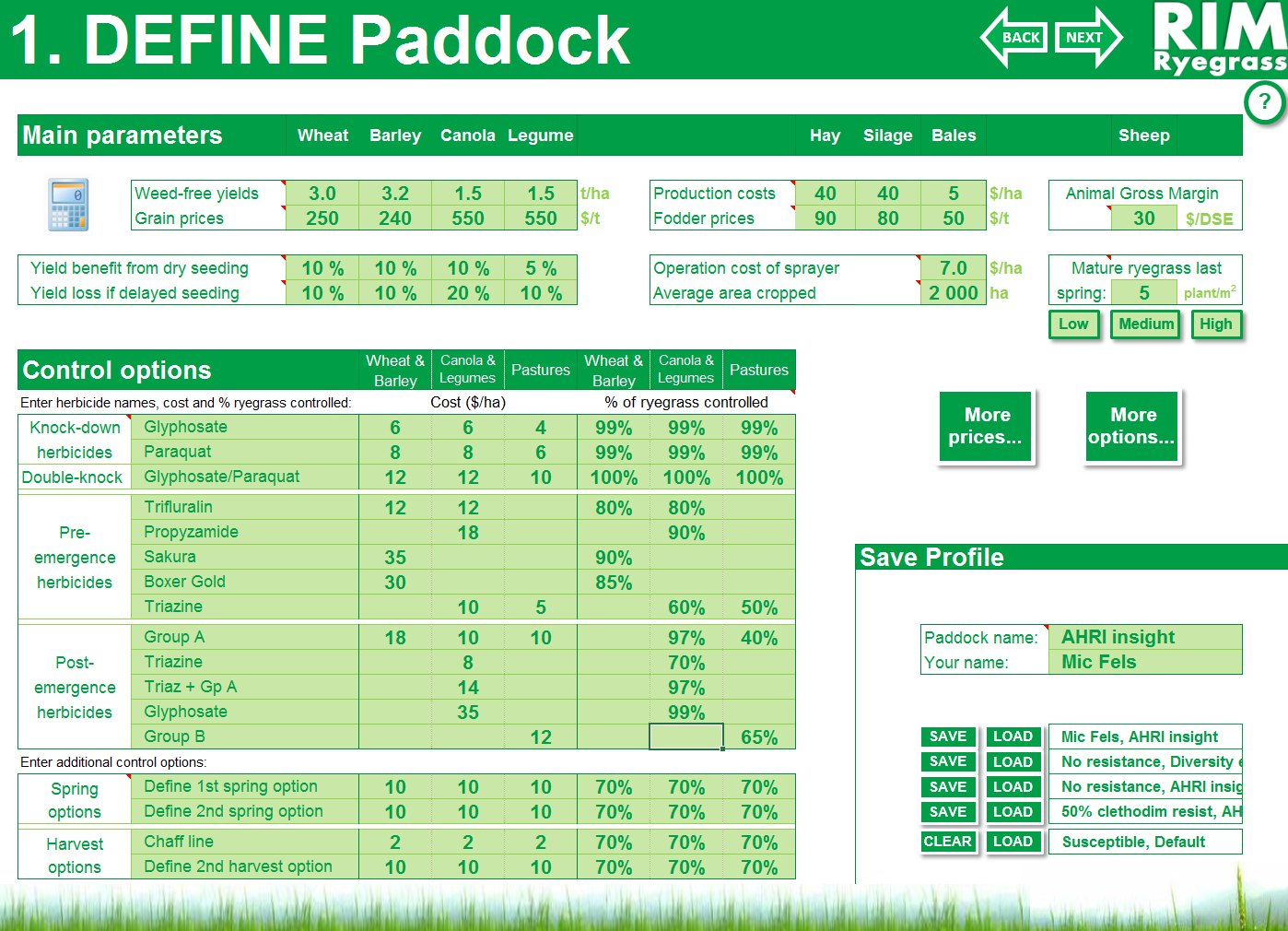