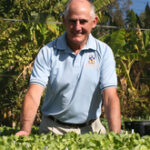 Valvano was the coach of the NC state basketball team in 1983 who were the unlikely winners of the title in the dying seconds of the game. In summing up the recent WSSA Summit on herbicide resistant weeds in Washington DC last week, Dr Harold Coble relived being at the game and said “this may be the opportunity of a lifetime, to work together to get herbicide resistant weeds under control”.

The USA have taken the title from Australia and now regretfully boast the world’s biggest herbicide resistance problem with millions of hectares infested with glyphosate resistant weeds.

It could be the opportunity of a lifetime. History tells us that American’s don’t do things by halves. It sounds like they are ready to get stuck into it and it will be exciting to see what they come up with when they come to the ‘diverse weed management’ party.

Unfortunately human beings must learn the hard way. We learn by experience. Which is why, in most cases, we must experience a big problem, such as herbicide resistance, before we take any action.

Professor Stephen Powles has been travelling to the USA talking about diversity for decades. It seems that now they are ready to listen with renewed interest given that the farmers there are experiencing the pain of herbicide resistant weeds on a grand scale.

Steve was excited to be presenting at the US Academy of Science and posed for this picture to commemorate the moment! 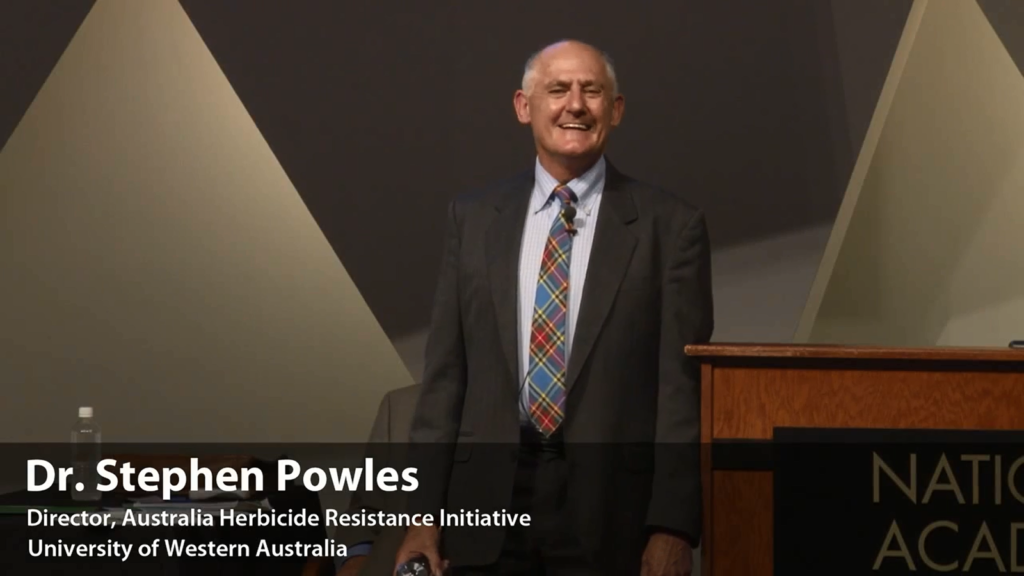 Steve told Australia’s story of how we planted millions of hectares of ryegrass to feed sheep, only to later create the world’s biggest resistance problem by shifting to cropping. The USA has a different story. Essentially, they abandoned all other forms of weed control in favour of glyphosate and are now number one in global herbicide resistance.

Australia and the USA are different places. Different crops / weeds / soil / farming system and so on. Surely the solutions for American grain growers will be vastly different to Australian growers? Not so, says Steve. The solutions proposed at the Summit were remarkably similar.

“Glyphosate is as important to food production as penicillin is to human health”, Steve says. In his presentation, Steve light heartedly re-named the corn belt of the USA. 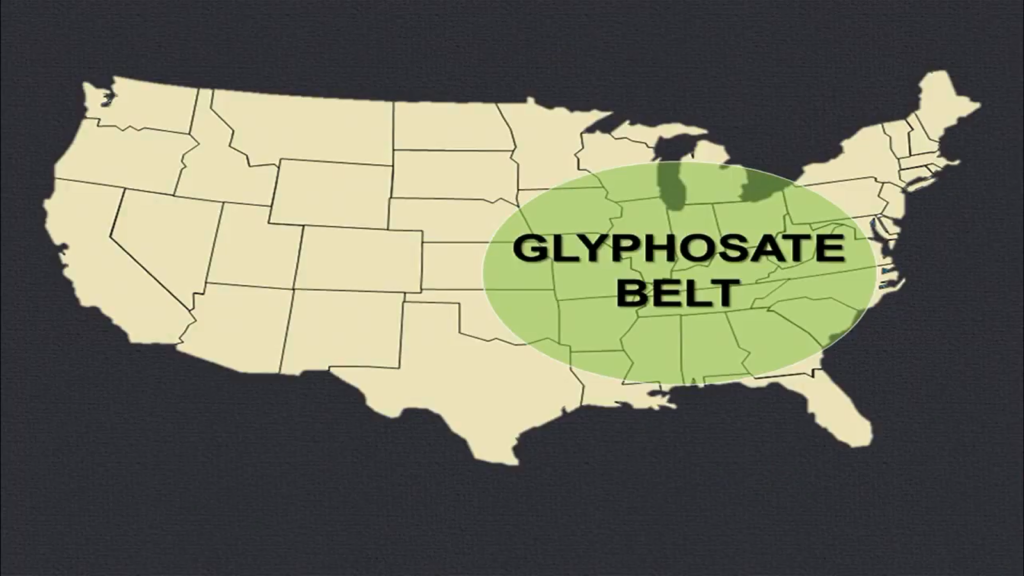 The image below shown by Dr Michael Owen sums up the proposed response by the USA to manage herbicide resistant weeds. Until now, a big focus, by growers, researchers and advisors, on weed control in America has been herbicides. This strategy has failed and the future will be different.

So what is on the table?

Some of the potential technology to improve diversity discussed at the Summit included:

The big message from Steve Powles was this: “Diversity disrupts resistance evolution”. We must continually remind ourselves of this, and embrace diversity. It will be of a benefit to grain growers worldwide if the USA can utilise their resources to help develop new, non-herbicide weed control to improve diversity. 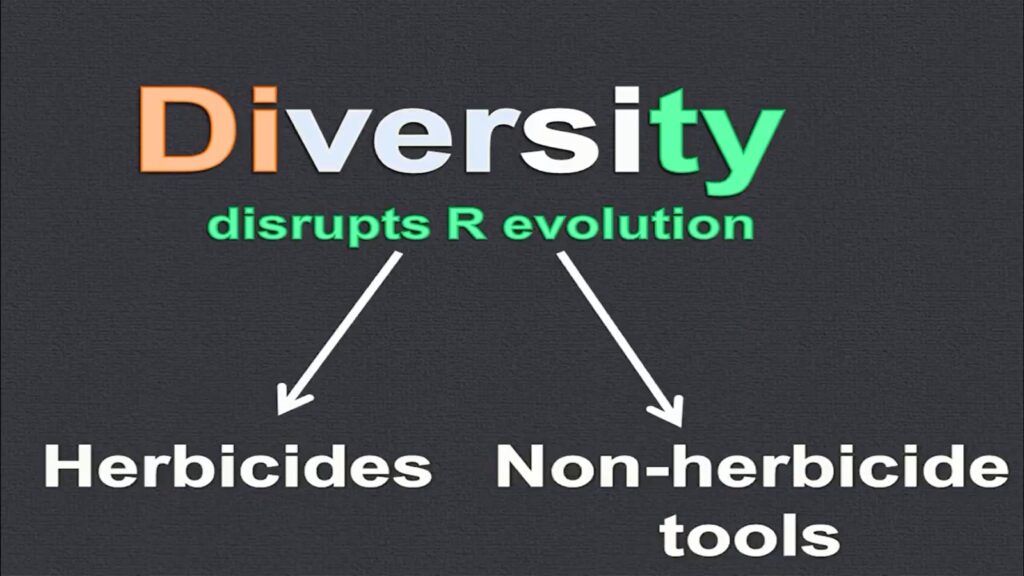 The time for action is now. We must take action in the lifetime of the opportunity.

As Elvis put it, “A little less conversation, a little more action please.”

We know that’s a big ask, so we’re hoping to make the process a little easier. Over the past year, we’ve been cooking up a secret project that we are now ready to announce!

There is a LOT of information out there. So much detail on how herbicides work. The many options for control. Herbicide. Non-herbicide. Long-term. Short-term. Cheap. Expensive. Information overload!

We are offering you the chance to take that next step. To arm yourself with the info you need, when you need it, in the format you’d like to receive it.

That’s why we created Diversity Era – an online learning program that you can access from anywhere in the world that has an internet connection.

We are bringing the experts to you. So that we can better understand herbicide resistance and achieve “more crop, less weeds” through diversity.

Over the next couple of months, we will release FREE training before Diversity Era officially launches in 2015.

Be the first to receive this FREE pre-launch training and stay in the loop for the launch date by joining the list. We are excited about this new project and hope you are too!