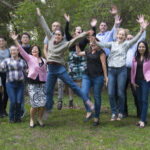 We’re undecided whether we should picture the AHRI communication team cutting through a massive banner as we run onto the ground or raising our bats in the air at the MCG after a long day in the middle. It’s been a long innings and is one that we have enjoyed immensely.

To celebrate the 100th AHRI insight we’re reflecting on what have been the big stories that got you excited and made the biggest impact.

AHRI insight #1 went out five years and one month ago to about 400 subscribers covering some extensive research by AHRI researcher Qin Yu, ‘Why do Wild Oats evolve resistance slowly?’  Since then we have built the tribe to nearly 3400 subscribers who are from all over the world.

What were the weeds stories that stopped the nation I hear you ask? We didn’t quite get the jump timed right, but I think we can all agree AHRI Researcher Danica Goggin nailed it!

The most controversial award goes to….

Pete spent many a late night on Twitter debating this one.  Some fantastic long-term research by Glen Riethmuller from DPIRD set the cat amongst the pigeons. Not too many people argued against the fact that narrow row spacing of our crops increases crop competition, but there are plenty of people who are sceptical of the yield loss associated with wide row spacing.  A good healthy debate, which we are sure will rage again. 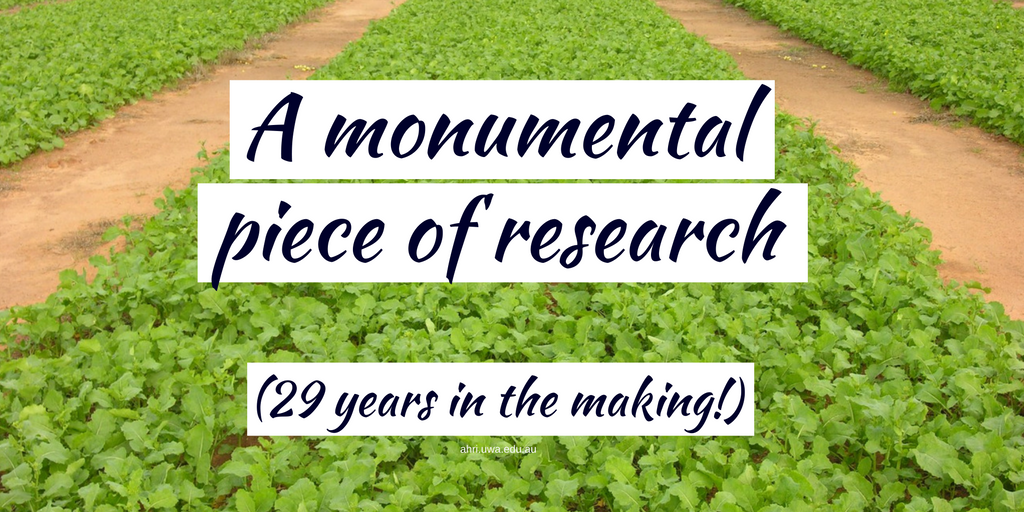 It’s rare for a researcher to spend one third of their research budget on communication, which is exactly what Professor Steve Powles decided to do in 2013, forming the AHRI communication team, which has grown to the large team of Lisa Mayer, Jessica Strauss, Kirrily & Greg Condon, Paul McIntosh and Peter Newman. It’s been our pleasure to bring AHRI insight to you every couple weeks and we hope to do so long into the future. Thank you very much for your support. Now it’s time to get our heads down for the double ton!