You are here: Australian Herbicide Resistance Initiative › News › Are ‘pre-ems and crop competition’ the ‘wine and cheese’ of weed control in canola?
0
0
0
0
September 28, 2018 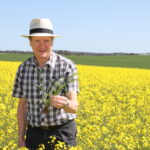 Ok so the last one doesn’t quite have the same ring about it but they really do go together nicely. Combining a competitive canola variety with pre-emergent herbicides has proven to be an effective strategy for reducing annual ryegrass seed set. Considering limited post-emergent options and increasing levels of ryegrass resistance to clethodim, the ‘crop competition + pre-emergent’ combo is a strategy which deserves serious attention.

That’s impressive. But should we tar all OP varieties with the same brush? The research team repeated the trial using a more competitive OP variety and found crop competition to be similar to the hybrid variety. Research by Dr Deirdre Lemerle has shown varieties can vary significantly in their competitive ability, but hybrids were found to be generally more competitive than OP varieties.

Regardless of hybrid or OP, it’s definitely worth assessing competitive ability when choosing varieties – together with an effective pre-emergent herbicide strategy, it just might make a great combo. 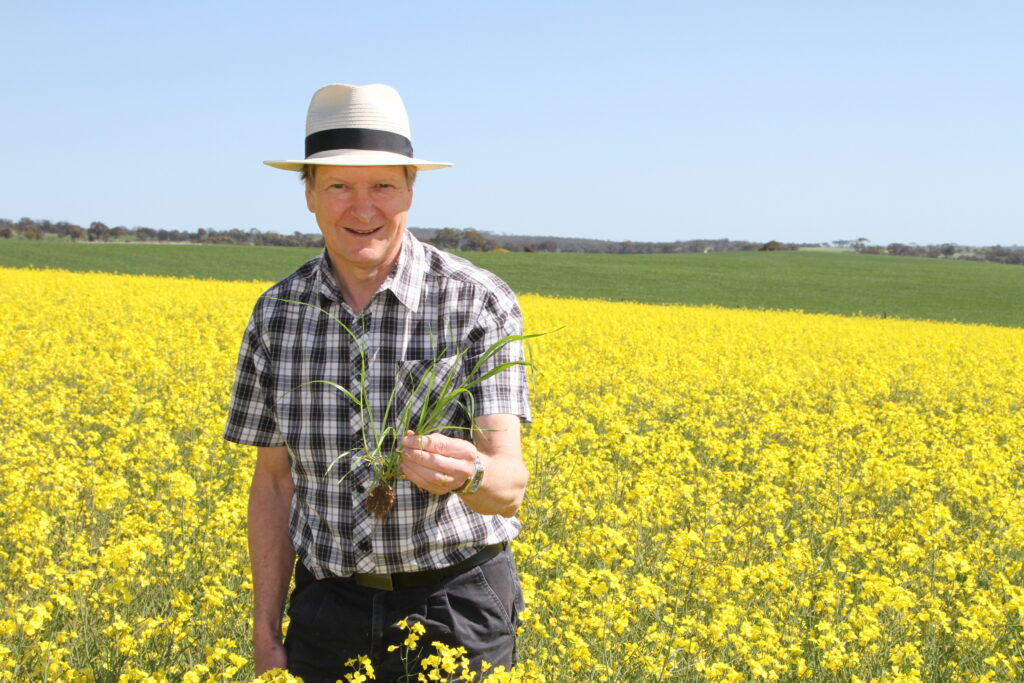 Clethodim for annual ryegrass control has been a major feature of canola production systems, but the level of resistance to clethodim is increasing rapidly. In 2016, the University of Adelaide research team set up a trial at Roseworthy, South Australia, to look at the effects of crop competition and pre-emergent herbicide strategies on managing ryegrass in canola. 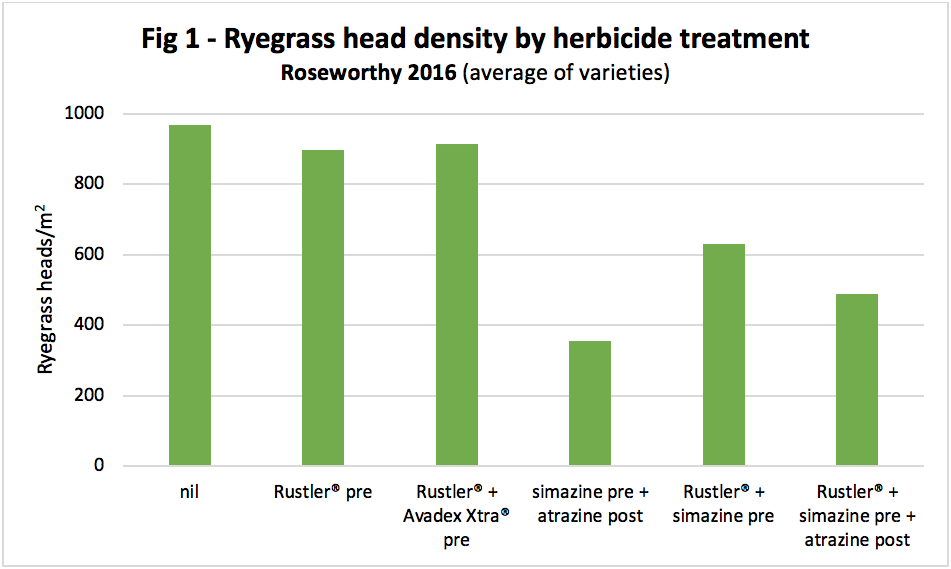 The hybrid variety Hyola 559TT had a significant effect on ryegrass control with an average of 40% fewer ryegrass heads than the open-pollinated ATR-Stingray (Fig 3). Seed set per ryegrass plant was approximately 2-fold higher in ATR-Stingray.

Fast forward to 2017 and similar trials were repeated at Roseworthy and Hart. This time the OP variety ATR-Stingray was replaced with ATR-Bonito, and some robust pre-emergent herbicides were included. 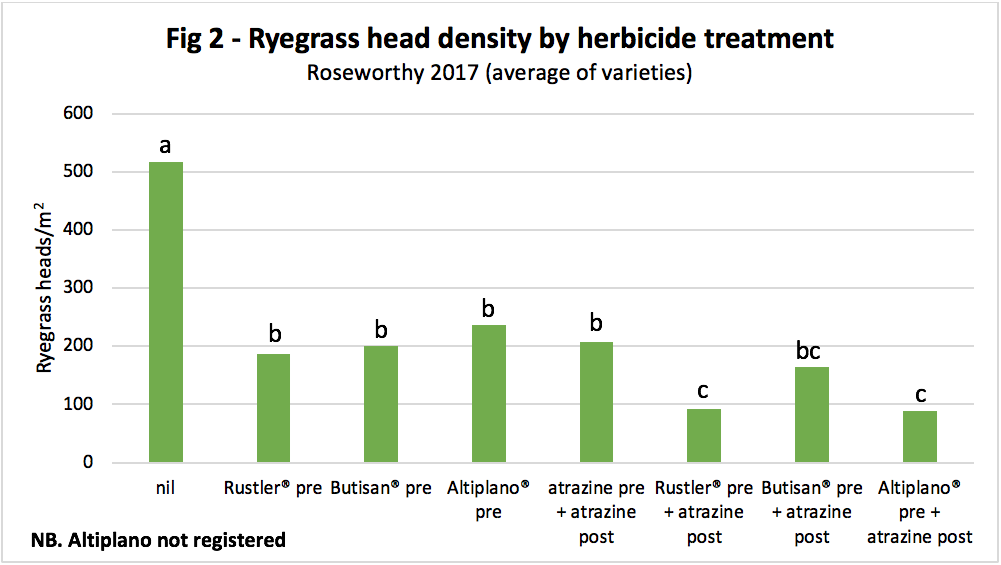 In contrast to the 2016 trial, there was no significant impact of variety on ryegrass density at either site (Fig 3). ATR-Bonito showed comparable early vigour and growth to Hyola 559TT throughout the season. Yields were similar at Roseworthy, but Bonito out-yielded Hyola 559TT at Hart, favoured by the shorter season. 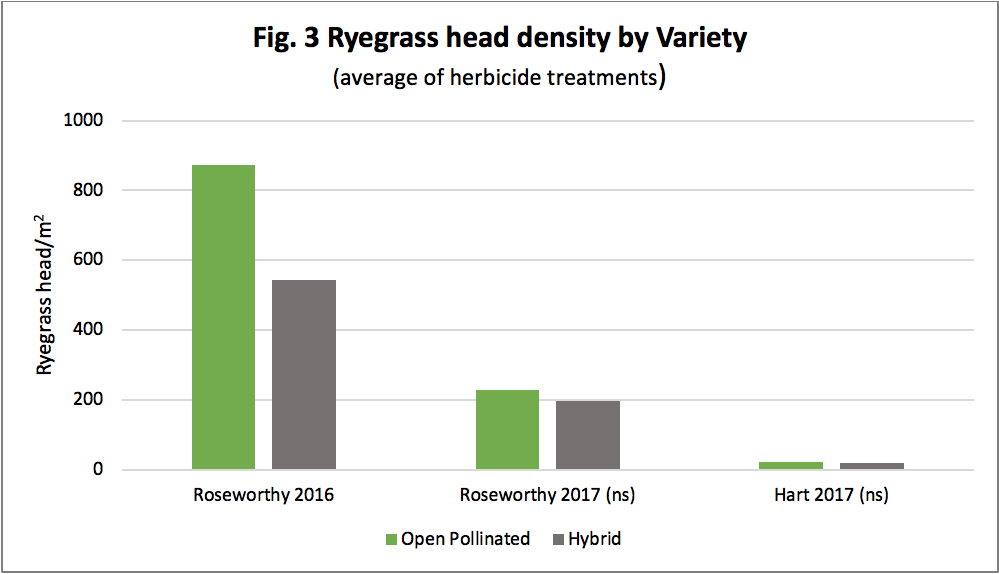 Row spacing has taken centre stage in recent years in the efforts to increase crop competition, but these trials have reinforced the impact competitive varieties can have on weed numbers. Crop competition + robust pre-emergent herbicides may just be the new ‘canola combo’.  Follow it up with the ‘crop top + harvest weed seed control’ combo and ryegrass won’t stand a chance.

Weed control and its impact on yield (Preston et al 2017)