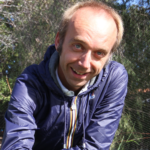 If our crop plants persisted in Australian bushland, our remnant vegetation would now be overrun with wheat, barley, canola, lupins, lentils (etc. etc.). Fortunately, this isn’t the case.

Some recent research by Dr Roberto Busi confirmed that transgenic canola (Roundup Ready®) can persist in bushland, but only for three years. After this time, the insects, rabbits, competition and disease got the better of it and it died out.

Road verges, on the other hand, are a different story.

GM canola can persist on road verges largely because they are sprayed with glyphosate, killing all of the competition, allowing glyphosate tolerant canola to survive. This problem can easily be overcome by spraying a herbicide mix.

This research adds some science to an area where previously only speculation existed.

Ever wondered how canola and other crops are genetically modified to tolerate glyphosate? 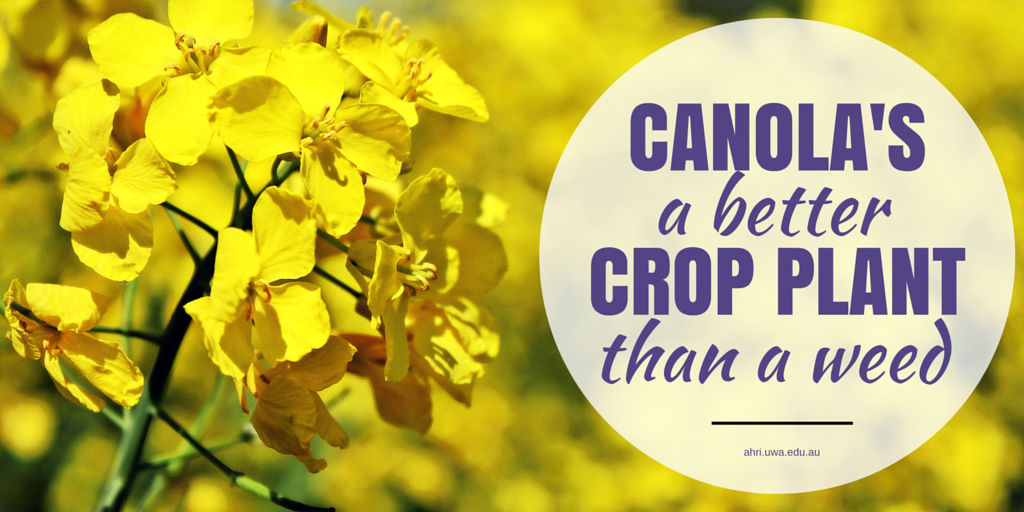 2009 was the first year that transgenic glyphosate resistant canola was grown commercially in Western Australia. Dr Roberto Busi from AHRI took a once in a lifetime opportunity to study the persistence of GM canola in remnant vegetation in 2010 with funding from GRDC. No GM canola was grown in this area before 2009 and none has been grown there since. Some of the GM canola was swathed (windrowed) during harvest in 2009 just before a wind storm that carried some seed into nearby remnant vegetation. This population of canola was monitored for several years to determine its fate.

Table 1: GM canola plants and estimated seed set of these plants in an area of natural bushland as monitored over five years. 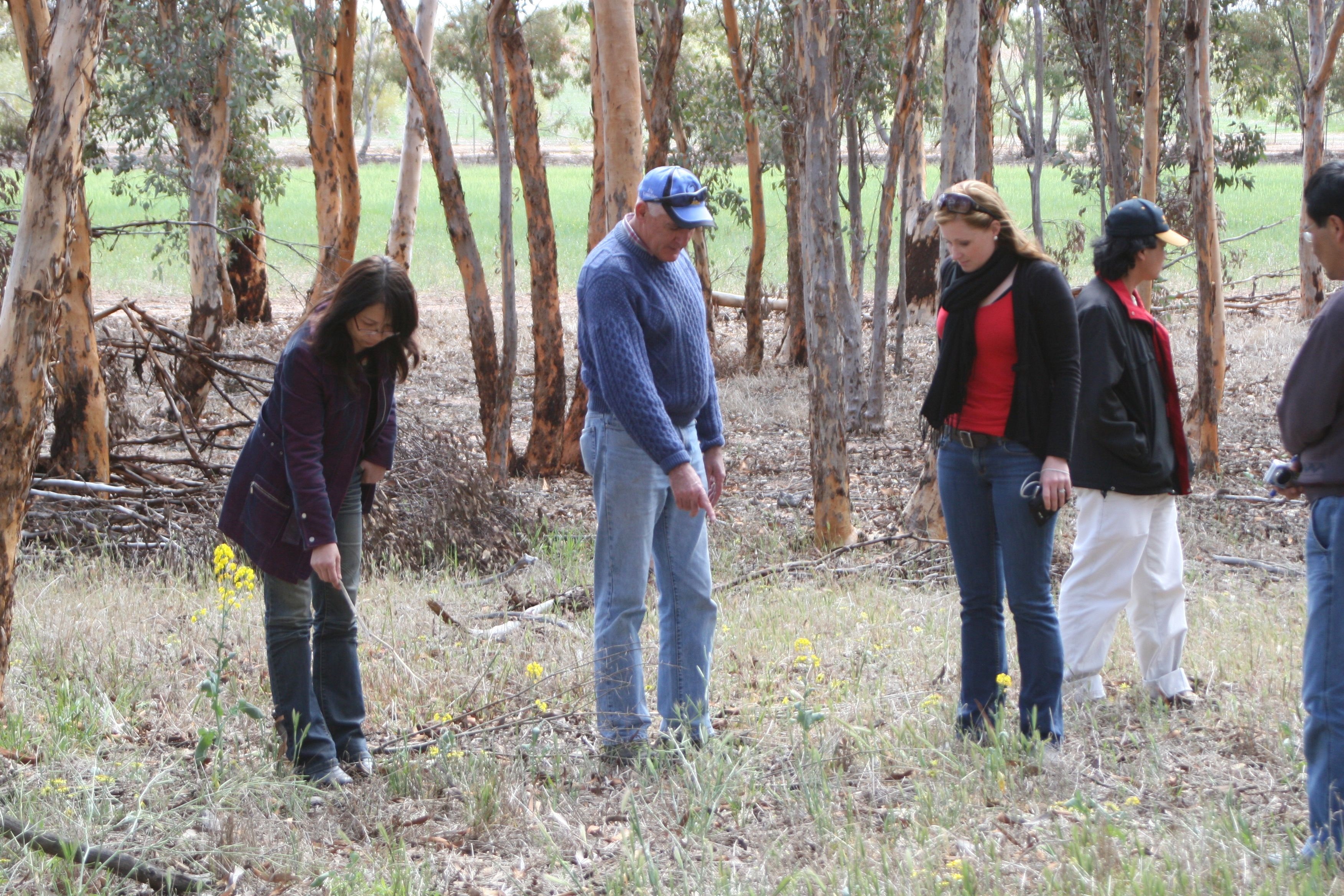 Three years later there was no trace of GM canola in this bushland.

Research in cropping fields in South Australia by Jeanine Baker and Chris Preston from the University of Adelaide found similar results. They studied the seed bank decline of canola in 66 cropping fields in South Australia under no-till and minimum till systems. After 3.5 years from the last harvest of canola, there was no germination recorded in either tillage system. There were differences in canola germination between tillage systems until 2.5 years post-harvest, but there was no difference 3.5 years post-harvest.

More evidence that canola makes a good crop but not a good weed! 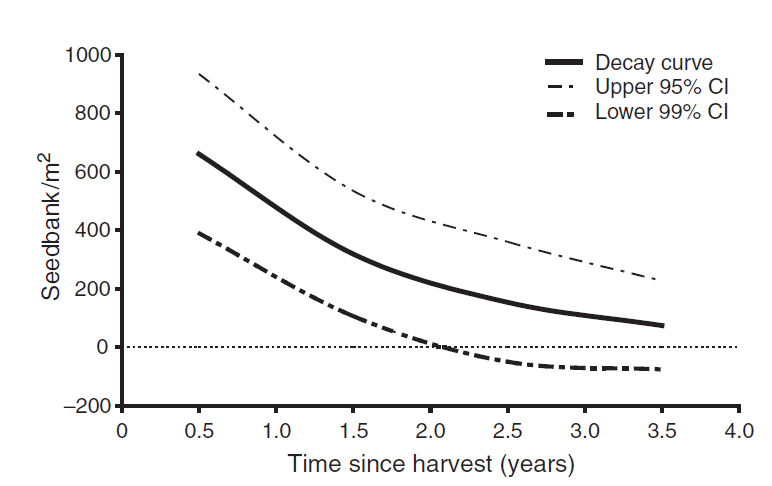 Canola growing on the roadside from spilt grain

In 2012 a roadside survey was conducted by AHRI researcher Roberto Busi in a 3.5km stretch of road near the Metro grain storage facility in Perth, Western Australia.

220 seed samples were collected, only 1 sample was glyphosate susceptible and 93% of tested canola plants were glyphosate resistant.

Road verges are commonly sprayed with glyphosate, so it makes sense that most of the surviving plants were glyphosate resistant canola.

And it came as no surprise that the closer to the delivery site, the more canola was found. 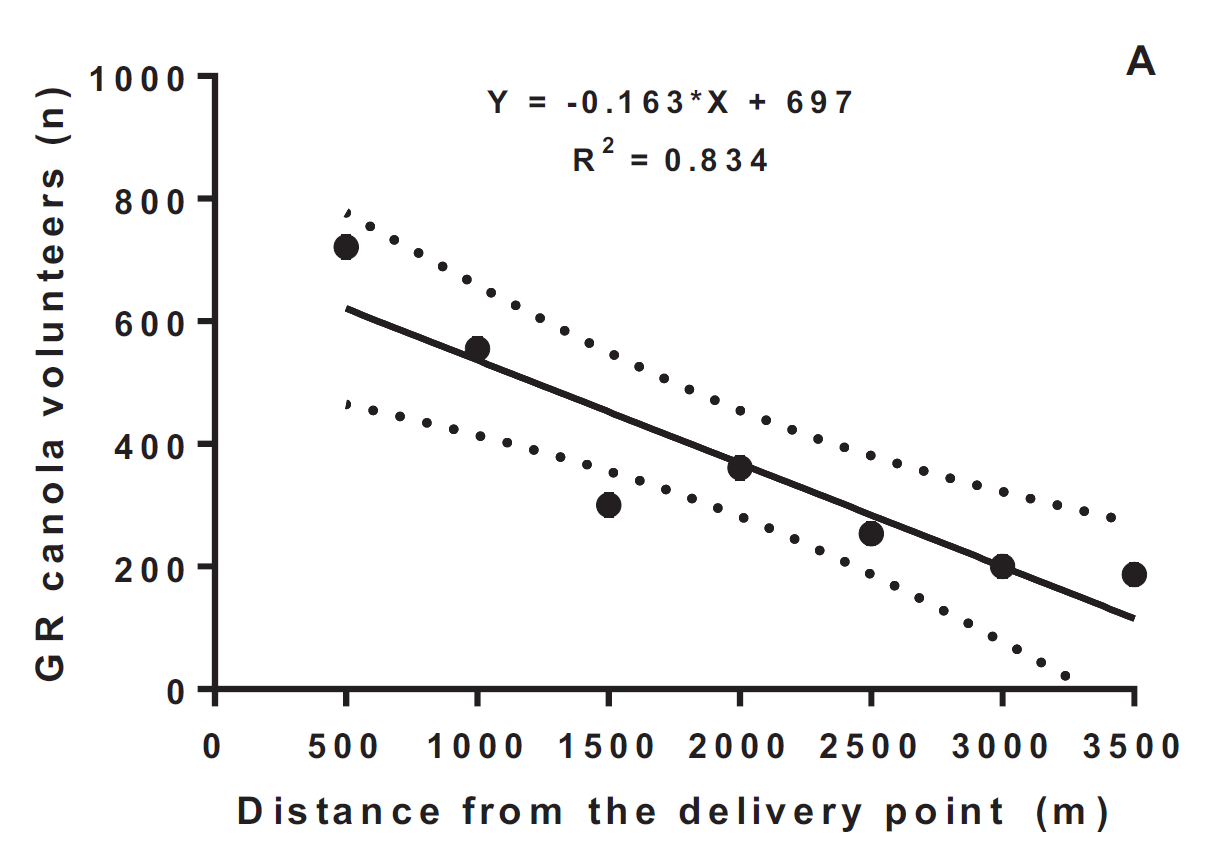 How do we know that this canola persists from one year to the next?

This is the tricky bit of this research.

To answer this we first need to understand…

How does Roundup Ready® technology work?

Monsanto created Roundup Ready® crops using genetic engineering to take some genes from bacteria and put them into crop plants.

There are two genes in Roundup Ready® crops:

The CP4 genes are present in Roundup Ready® crops in a hemizygous form (a chromosome in a diploid organism is hemizygous when there’s only one copy of the gene). For those of you who remember their Mendelian genetics lessons, this would be written as Rr.

Canola is predominantly a self-pollinated species and the seed progeny of a Rr plant is 25% RR, 50% Rr, and 25% rr. The rr plants are susceptible to glyphosate. Roberto studied the ratio of rr (glyphosate susceptible) to RR and Rr (glyphosate resistant) plants to determine whether the canola had persisted over several years or was it simply from spilt grain each year. As it turns out, GM canola can persist well on roadsides and establish a soil seed-bank, especially where only glyphosate is sprayed.

So for now the answer is simple: Use a herbicide mix on canola growing on roadsides.

It wasn’t unexpected to learn that Roundup Ready® canola persisted on the roadside where glyphosate alone was sprayed to control a range of weeds, removing competition and giving the transgenic canola the ideal environment to persist. This problem is easily overcome by applying a mix of herbicides.

Our bushland and roadsides are currently not covered in canola despite this crop being grown in Australia for decades. This research gives us confidence that transgenic glyphosate tolerant canola poses no additional risk to our bushland or roadsides.