You are here: Australian Herbicide Resistance Initiative › News › Chaff carts – good for the crop and the sheep
0
0
0
0
November 25, 2016 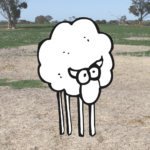 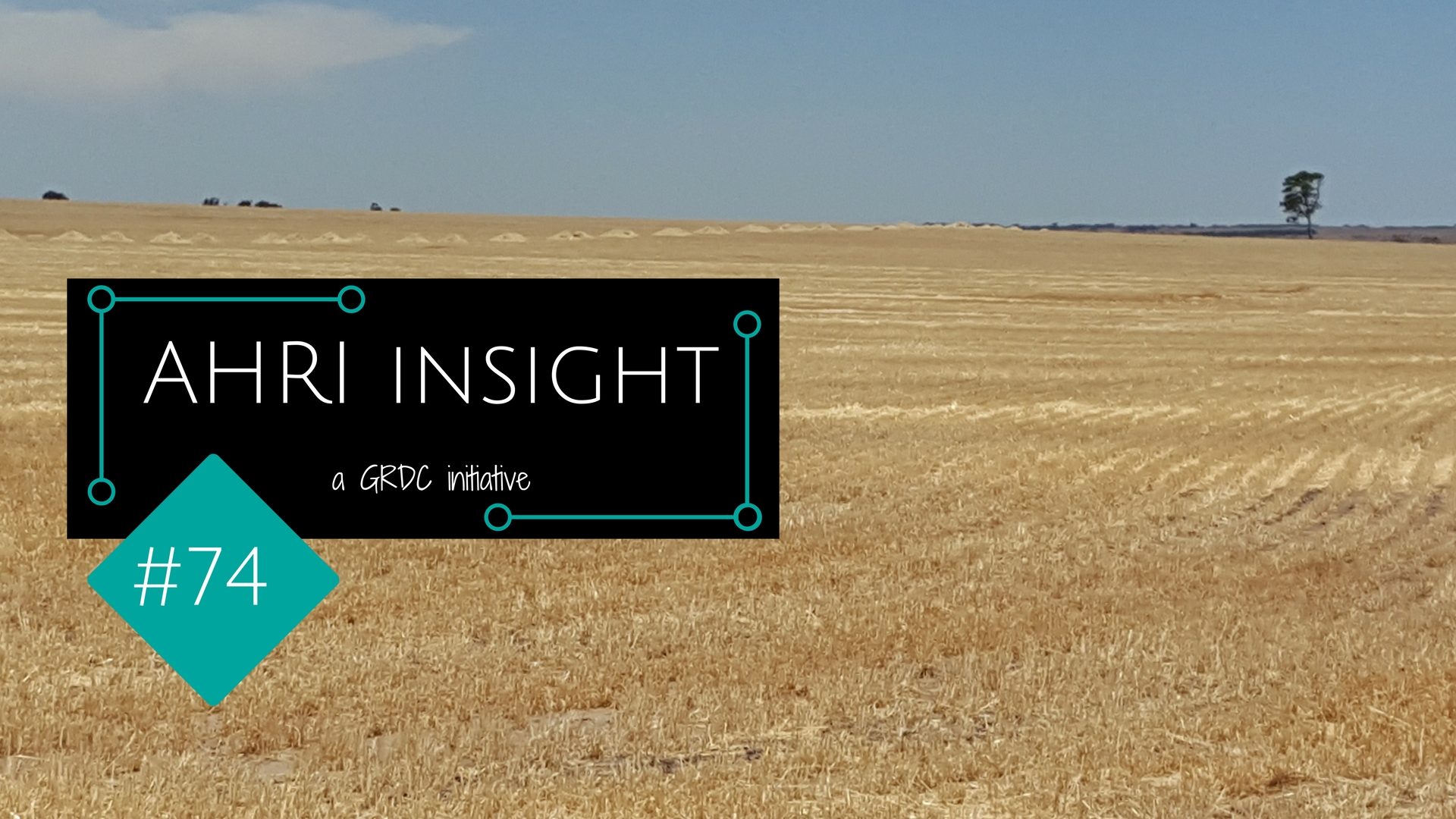 So often in life, there are things that conflict with one another. Take the Australian cricket team for example. Social media is great for the social lives of the players, but it is disastrous for their batting. You simply can’t bat all day in a test match when you have the attention span of a goldfish!

Farming is just the same. There are conflicting farming practices. Often what is good for the crop is detrimental to the sheep, and vice versa.

The humble chaff cart is good for both the crop and the sheep. Ed Riggall is a Western Australian based farm consultant from AgPro Management. Ed specialises in livestock management and was frustrated that there was no data to evaluate the grazing of chaff dumps. Without funding, Ed set up trials at four locations in southwest WA in 2015/16 and got some great results. Essentially, the sheep did very well when grazing chaff dumps, particularly in canola stubble.

But won’t the sheep just spread the weed seeds back over the paddock? Fortunately, the answer to this question is no.

Chaff carts are a great tool for mixed farmers to feed sheep and smash their weed seed bank at the same time. 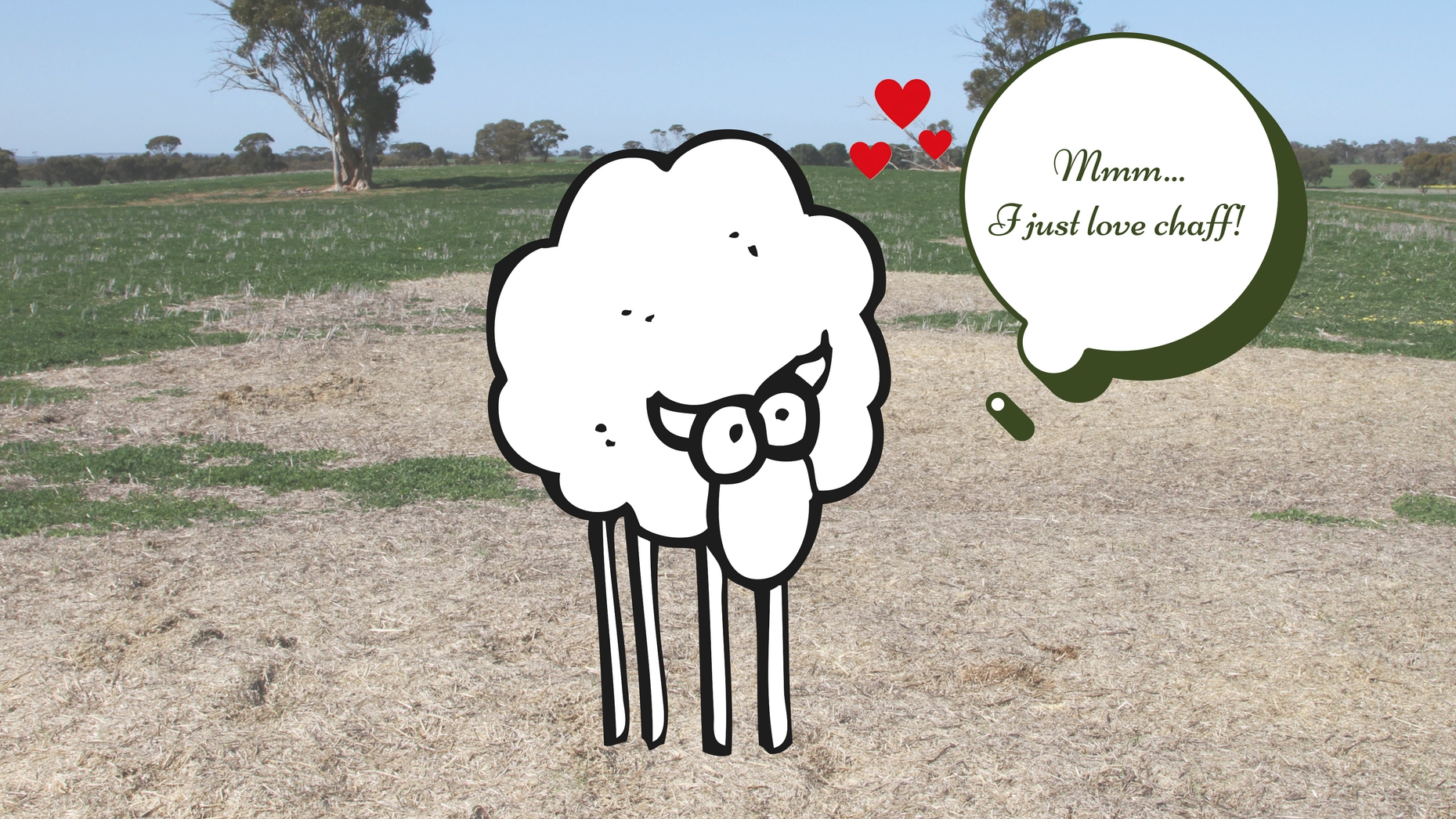 Sheep grazing on chaff dumps can have several benefits

AgPro Management set up trials at four sites in the WA Wheatbelt. Paired paddock trials were set up at each site, directly comparing sheep where a chaff cart was used to sheep where a chaff cart was not used, in otherwise duplicate conditions. The paddocks were analysed for feed quantity and quality prior to the trial and all sheep were weighed and condition scored fortnightly throughout the trial.

The graphs that follow show how the sheep grazing chaff dumps did better than the sheep without chaff piles in terms of weight at all four sites. Condition scores are also available from Ed Riggall here, if you would like to look at the data more closely. 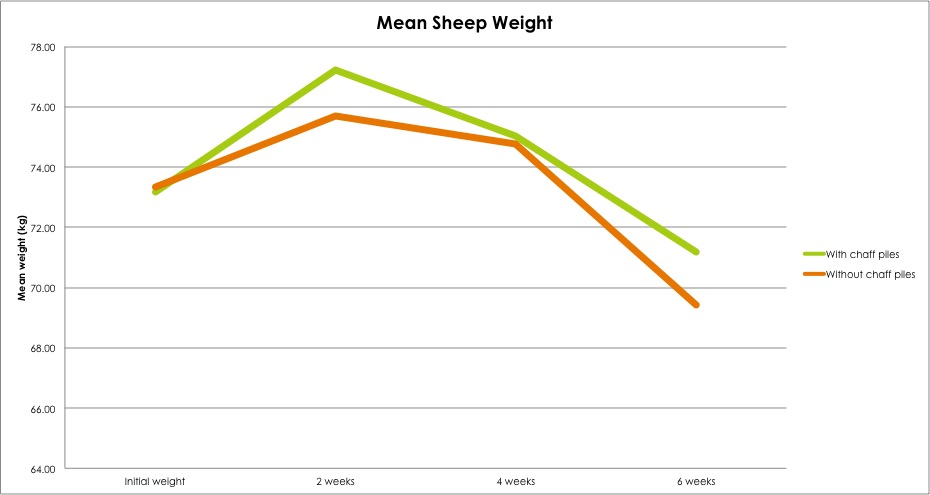 Figure 1: Live weight of sheep grazing barley chaff dumps compared to grazing paddocks without chaff dumps at Tenterden. There was 87mm of rain which fell at the beginning of the trial and a further 24mm of rain fell five weeks into the trial. 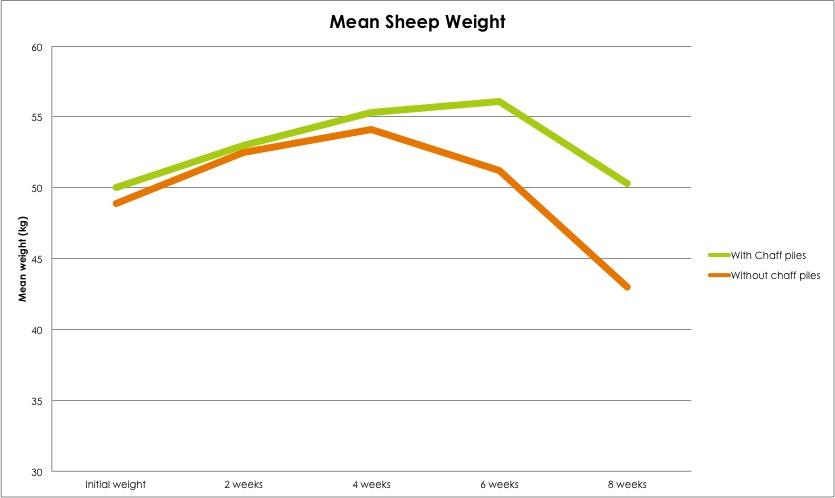 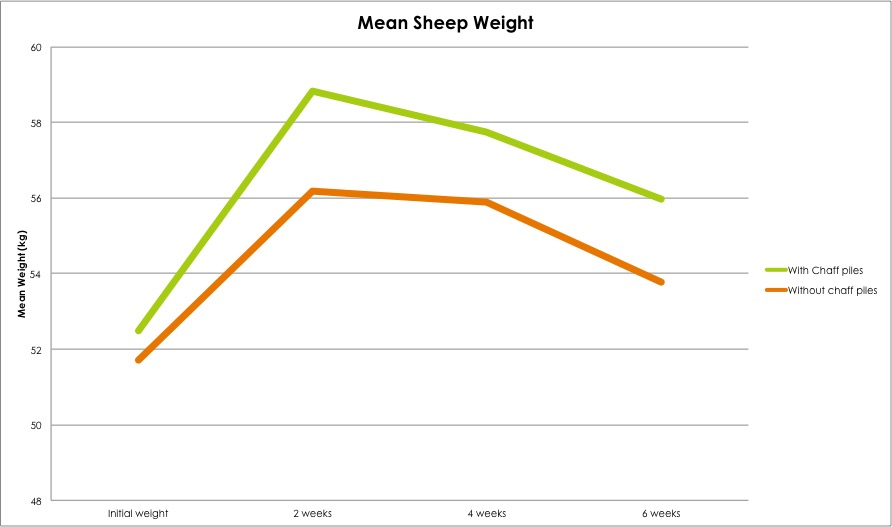 Figure 3: Live weight of sheep grazing oat chaff dumps compared to grazing paddocks without chaff dumps at Darkan. 87mm of rain fell at the beginning of the trial. 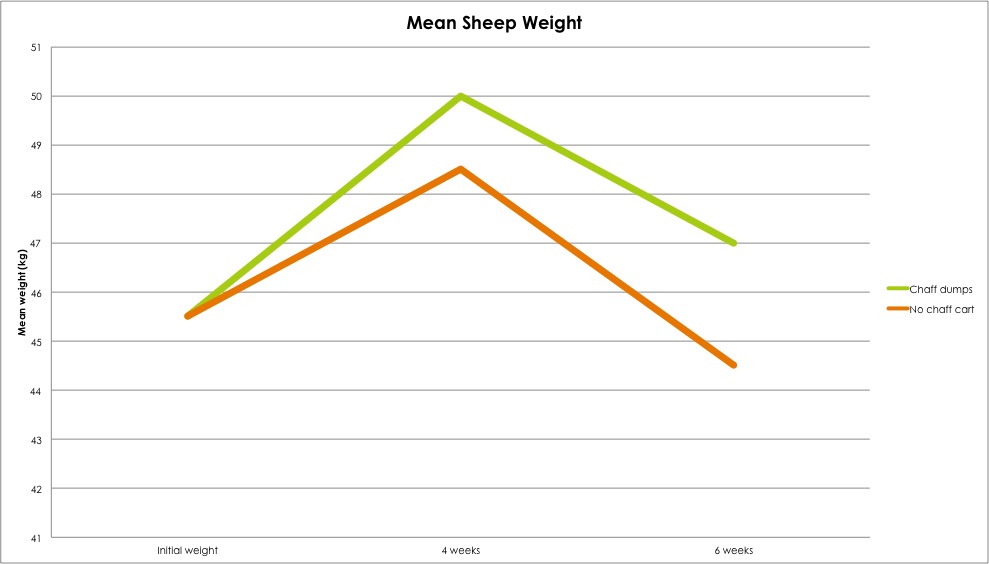 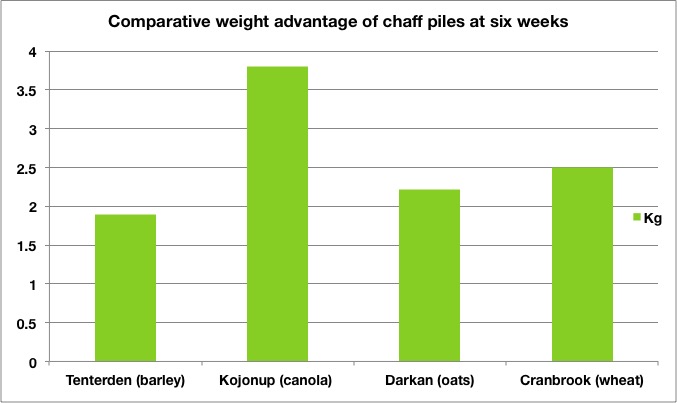 Figure 5: Weight advantage of sheep (kg) of sheep that grazed chaff dumps over and above those that did not at the six-week stage of the trial. These trials were also supported by Icon Agriculture who collected the Darkan data and Allflex Tags who provided EID tags . 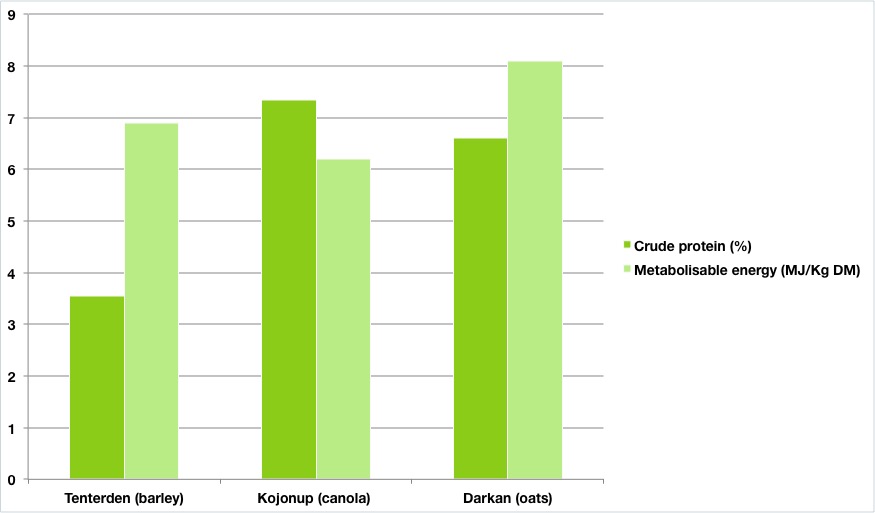 There is money in grazing chaff dumps

The weight difference observed can be converted into money saved on supplementary feeding to get the sheep without chaff piles up to the same weight as the sheep without chaff piles. Ed used analysis of a typical, model farm (2000ha, 50% crop, 9.5 DSE/ha) and found there would be an average saving of over $29,000/annum and an Internal Rate of Return on Investment in a chaff cart of 36% per annum over 20 years, based on evidence from this season, which was detrimentally wet.

The farmers at Kojonup and Cranbrook recorded the individual scanning results for ewes tagged in the trial. The lambing percentage was 25% higher in the ewes that had been on the chaff piles at Kojonup and 8% higher at Cranbrook. This adds another element of real value to the use of chaff carts. This is consistent with the results of previous trials, most recently the Lifetime Wool trial, showing that ewe productivity is higher in heavier sheep with higher condition score.

This is a single year of trial data in a year with a very wet summer which is likely to have had a negative impact on chaff dump grazing. Yet the results of sheep grazing chaff dumps were very encouraging. Hats off to Ed Riggall for undertaking this work without any funding. The chaff cart is one of the few examples of a tool that is good for both the sheep and the crop, and for this reason chaff carts are likely to have a long future in Australian cropping.

P.S.  This article was written before the Adelaide test match!!!