You are here: Australian Herbicide Resistance Initiative › News › Chickpea vs annual ryegrass – shaking off the handicap
0
0
0
0
May 31, 2019 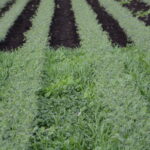 At 5-foot-2, Jonte Hall is pretty short by everyday standards, let alone by Harlem Globetrotter standards. Nicknamed ‘Too Tall’, recently-retired guard Jonte is the smallest player to wear the Globetrotter’s jersey since the team was founded in 1926.

Globetrotter veteran Herbert ‘Flight Time’ Lang, a more conventional-sized 6-foot-3 forward, is quoted as saying: “Too Tall is proof that if you stay focused, act positive and take advantage of opportunities, good things can happen.”1

So, how can chickpea play to its strengths and take advantage of opportunities to compete against annual ryegrass – and win? 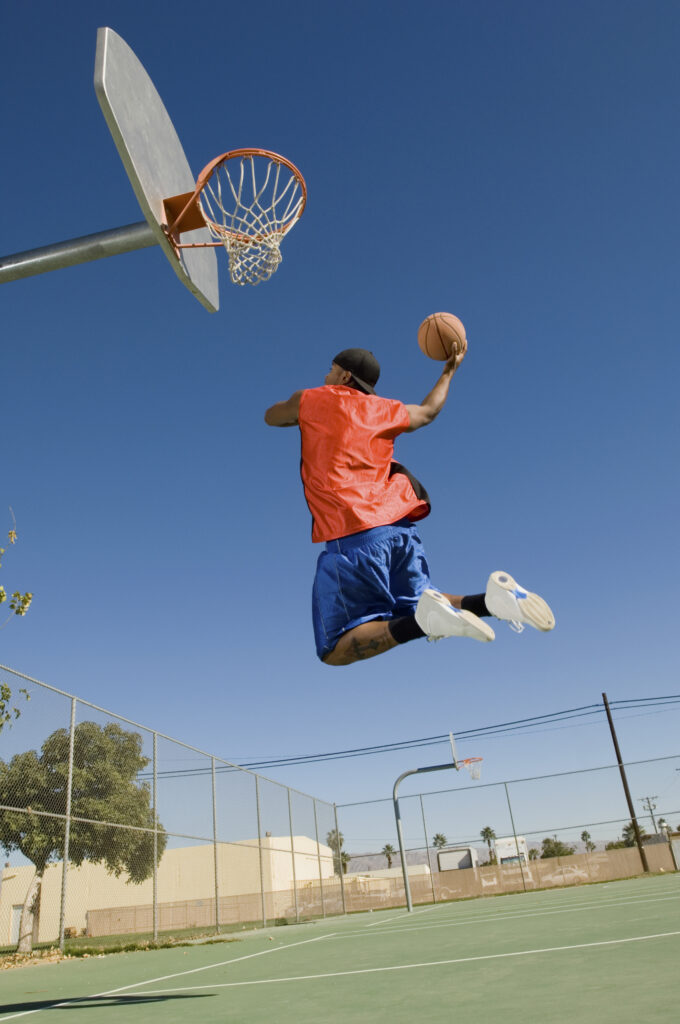 And the answer is… all of the above! This two-season study compared chickpea yield and ryegrass biomass and seed production in the following treatments:

The results were pretty conclusive: PBA Seamer that is sown at 25 cm and kept weed-free for at least the first three weeks after planting, is a winning combination.

Narrowing row spacing alone suppressed annual ryegrass biomass by 16%, even in crops where there was weed infestation throughout the crop growing period, compared to wide-sown crops. This effect was even more pronounced with a 52% reduction in weed biomass when weeds were introduced three weeks after planting. With reduced biomass came a reduced number of spikes (26% and 48% reduction).

Plant architecture had less of an effect, with PBA Seamer being more effective than PBA HatTrick in suppressing ryegrass growth, but only when the two cultivars were exposed to season-long weed infestation.

Chickpeas can obviously hold their own against annual ryegrass that emerges late in the crop season. 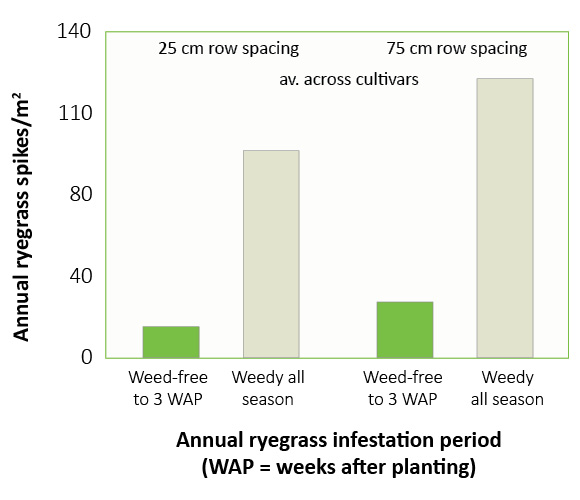 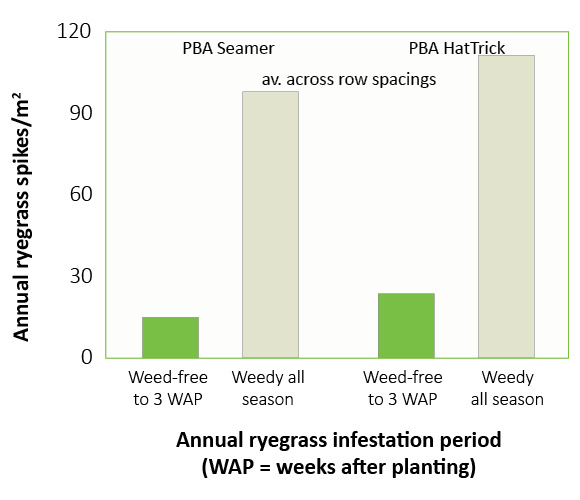 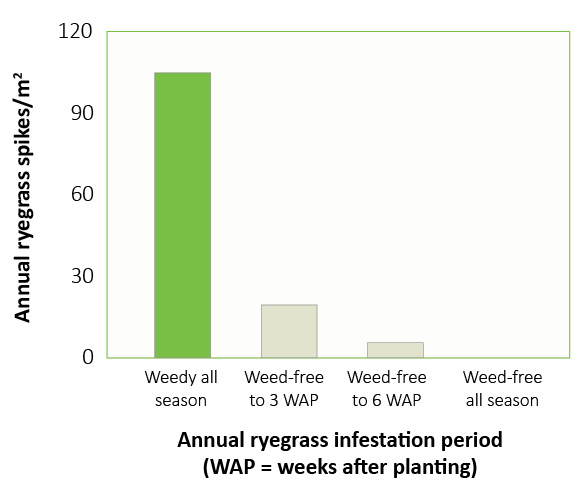 Averaged across both cultivars and all weed infestation periods, narrower rows (25 cm) increased yield by 20% compared to wider rows (75 cm). Researchers suggest this is due to a combination of less light reaching the soil (and more light being intercepted by the crop) and less ‘spare’ moisture and nutrients for weeds to exploit in the narrow row configuration where the crop plants are more evenly spaced.

Early canopy closure in the narrow row spacing is thought to reduce later emergence of annual ryegrass in situations where weed infestation occurs at planting or after three weeks from planting.

Annual ryegrass that emerges 6 weeks after planting or later does not impact on chickpea yield, regardless of the row spacing.

Long-term desi chickpea yield data indicates that PBA Seamer has only a 1 to 4 per cent yield advantage over PBA HatTrick when grown in a weed-free trial environment.2

But, in this trial, the researchers demonstrated a 9% yield advantage to PBA Seamer, averaged across row spacing and weed infestation period. The difference appears to lie in the semi-erect versus erect habit of PBA Seamer and PBA HatTrick respectively.

Averaged over row spacing and cultivar, the penalty attributable to annual ryegrass was 1.2 t/ha less grain yield between the weed-free plots (1.8 t/ha) and the season-long weedy plots (0.6 t/ha). Early weed control for the first three weeks after planting increased crop yield by a whopping 200% compared to the season-long weedy scenario. 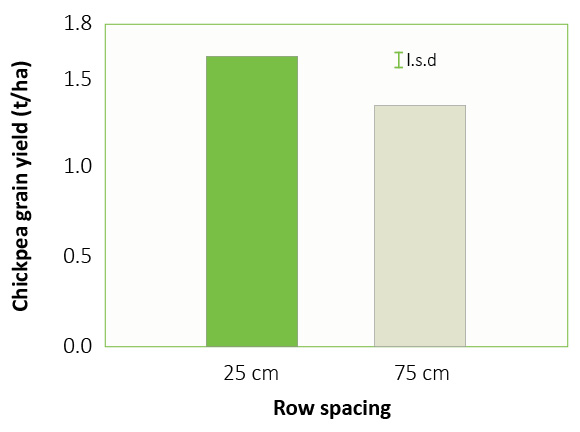 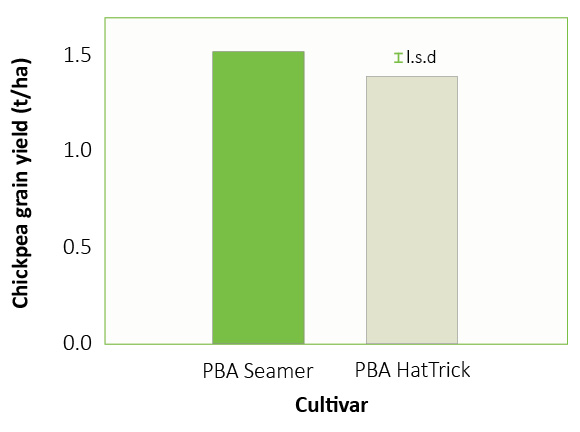 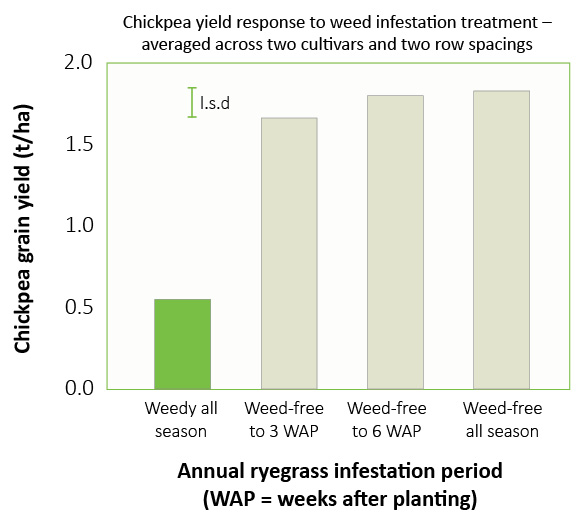 Annual ryegrass that emerges six weeks after planting and later does not impact on chickpea yield. Even though late-emerged weeds do not suppress yield, and produce relatively less seed than earlier cohorts, they can still add a significant number of seeds to the weed seed bank if not managed well.

So where will you get the biggest bang for your buck?

Left unattended, annual ryegrass causes serious crop losses in chickpea and large quantities of seed will be returned to the seed bank.

This experiment shows that adopting any one of the three weed control tactics in chickpea will reduce annual ryegrass biomass and seed set, and improve chickpea grain yield. As a place to start without changing cultivars or seeder set-up, keeping the crop weed-free for the first three weeks after planting has been demonstrated to achieve a similar crop yield that would be expected if the crop was kept weed-free for the whole season. 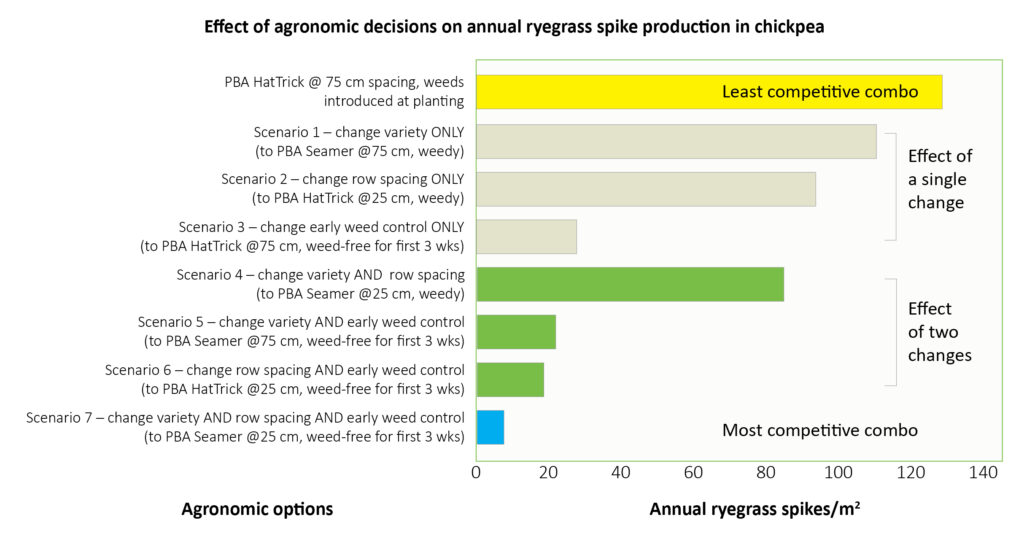 To achieve this early weed control without changing row spacing or cultivar, will require effective pre-emergent herbicide and or inter-row cultivation or hand weeding. To really maximise weed control and grain yield, and support any pre-emergent herbicide, narrowing rows as far below 75 cm as possible and choosing a cultivar that spreads across the inter-row space as early as possible is going to give the very best result.

This study did not investigate residue management or harvest weed seed control, but these are both likely to contribute to the overall and long-term management of annual ryegrass seed bank. 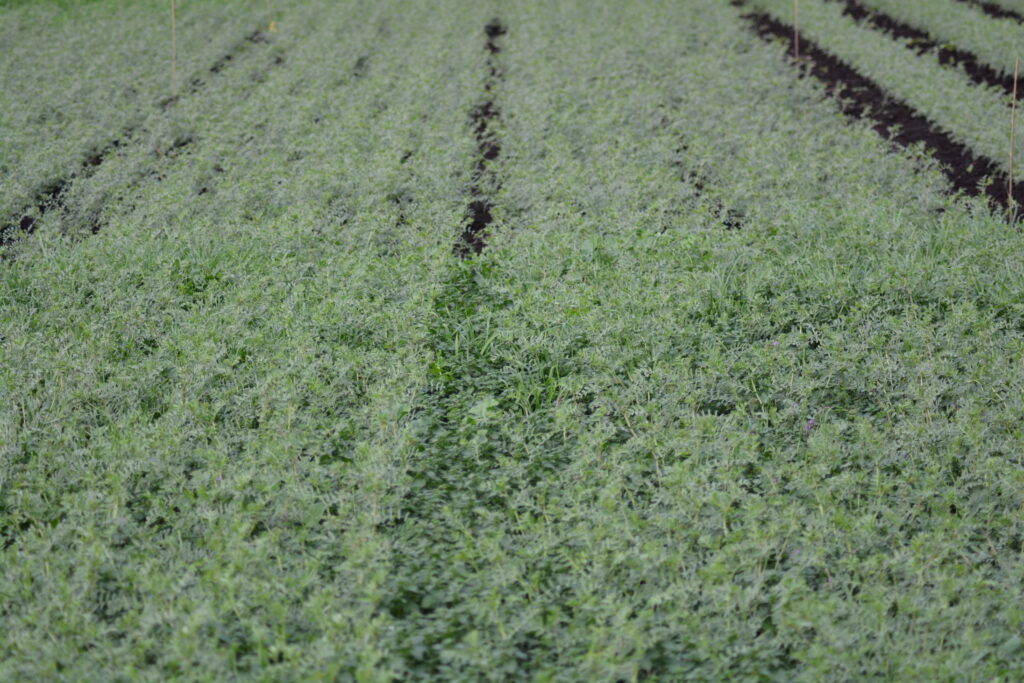 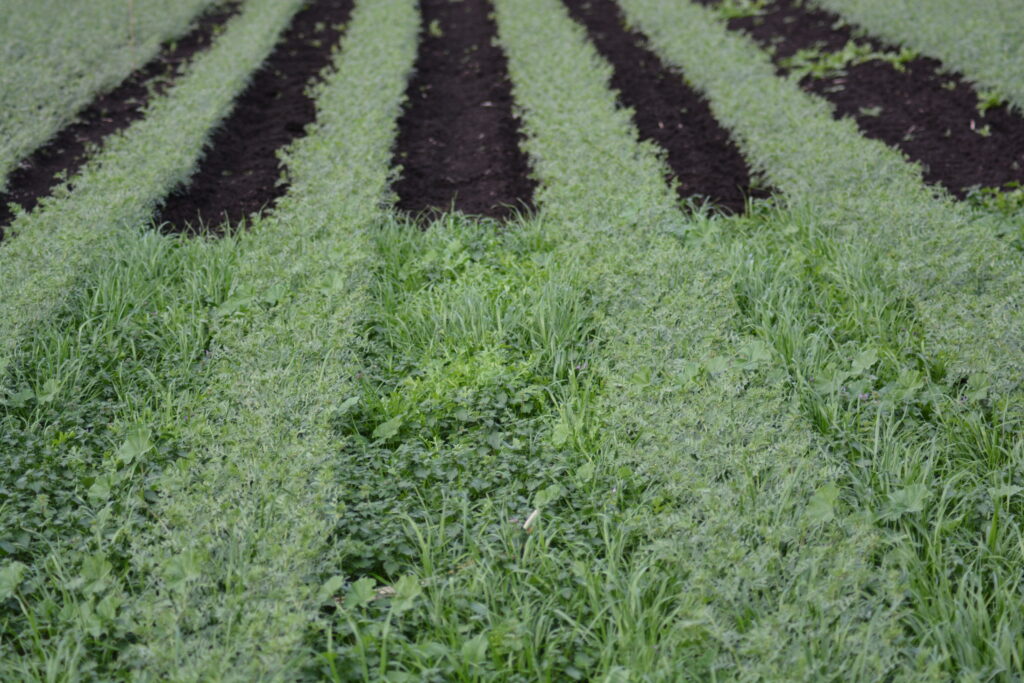