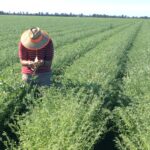 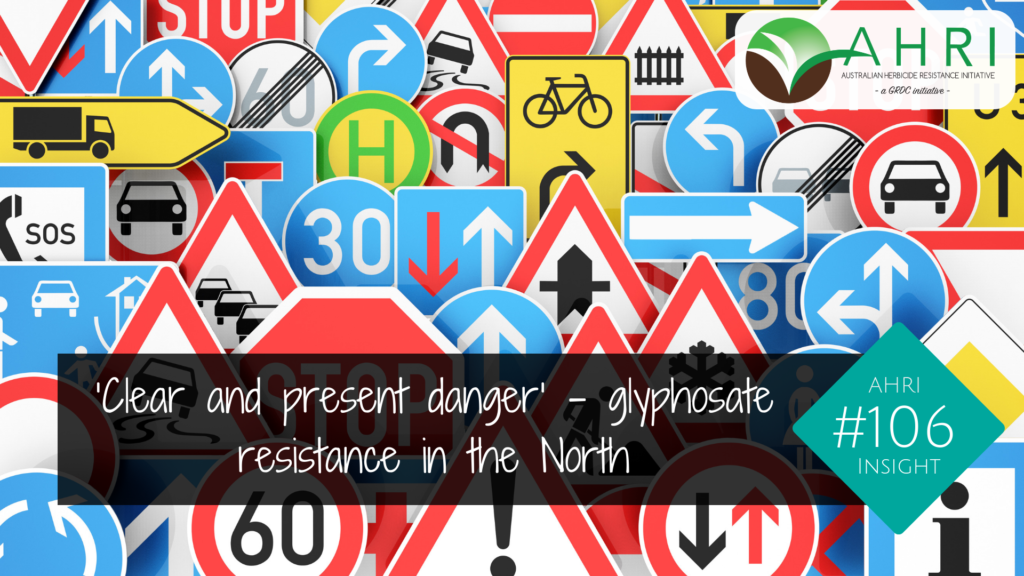 All the signs are pointing towards increased glyphosate resistance in the northern region.

Researchers and growers have long been aware of the spread of glyphosate resistance in the Northern cropping region and now the preliminary results from the first herbicide resistance survey in the region are confirming the ‘clear and present danger’ facing the grains industry.

A ruling of ‘clear and present danger’ was originally used to restrict American’s First Amendment rights to freedom of speech, press or assembly, particularly during war. The suggestion being that exercising this right, could, at certain times put other Americans, or the war effort, in danger.

In the case of glyphosate, the suggestion is that while growers have previously enjoyed the ‘freedom’ to use this herbicide as their go-to, highly effective tool for weed control, there is now strong evidence that they should look for ways to protect this mode of action and implement a variety of tools such as the double knock, rotating herbicides and seed bank management as a matter of urgency. 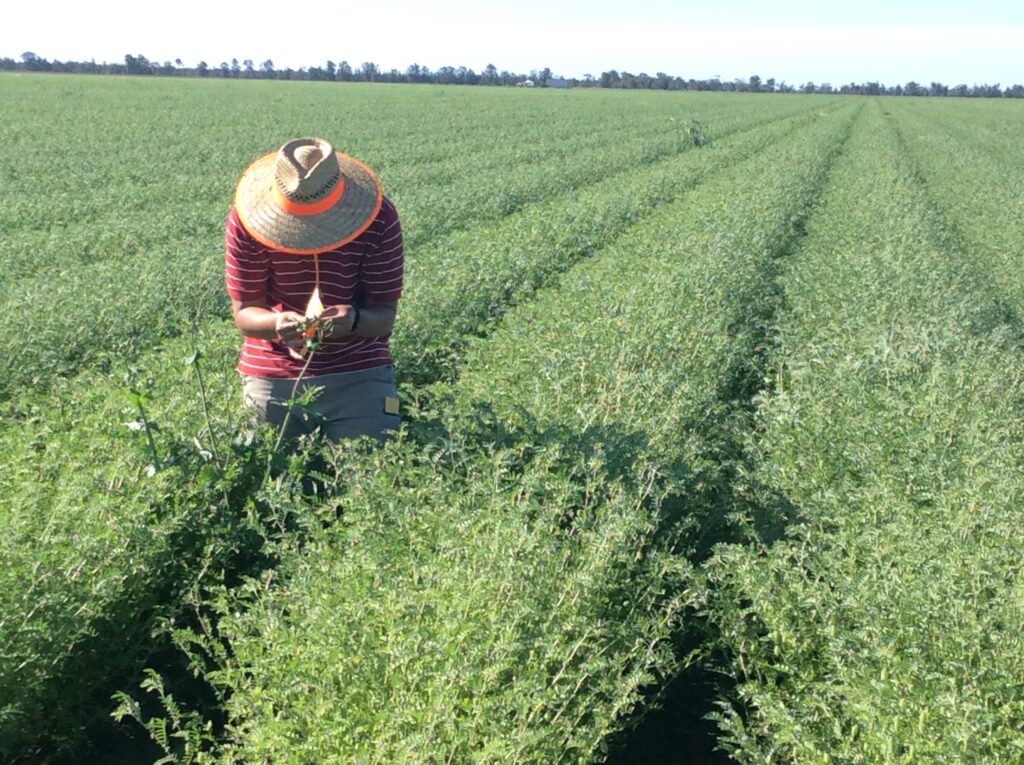 Confirming the extent of herbicide resistance is tricky

If only herbicide-resistant weeds grew different coloured flowers or were twice as tall as susceptible individuals! Then there would be no need for weed surveys or herbicide resistance testing. The reality is that the only way to confirm and measure resistance is to scientifically collect samples and expose the samples to a range of herbicides. 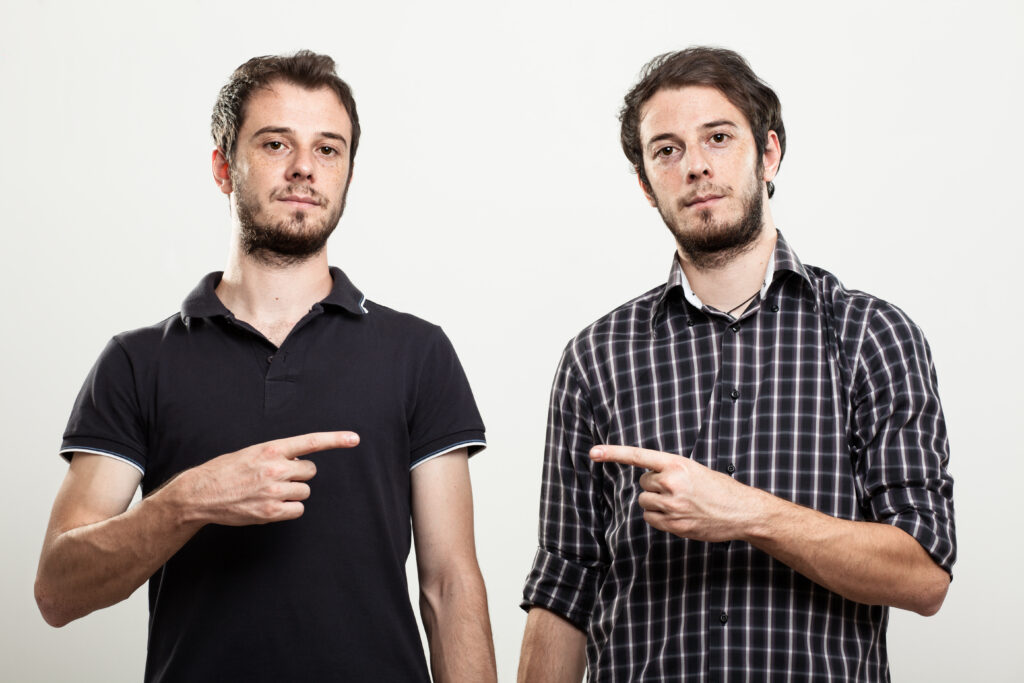 It’s quite common for just one individual in a set of identical twins to have Type 1 Diabetes while the other is sugar-normal.

While a number of surveys have been conducted in southern and western cropping regions in Australia since the 1990s, there had been no surveys in northern NSW or Queensland until very recently. The only information about the incidence of herbicide resistance had come through the herbicide resistance testing services, where samples are expected to be heavily biased towards resistance.

With funding from GRDC, Dr Adam Jalaludin, Department of Agriculture and Fisheries, Queensland and Dr John Broster, Charles Sturt University NSW, are leading their respective teams through the process of testing samples and analysing the results for weed seed collected throughout the Northern region in 2016/17.

Prior to the 2016 winter harvest, researchers collected seed samples from a range of grass and broadleaf weed species. If other weed species were present in the paddock in significant numbers, then that seed was also collected.

Seed samples were collected from weeds growing in 440 paddocks across northern NSW (244) and Queensland (196) and are now being tested for resistance to a range of herbicides, including glyphosate (Group M). While collecting weed seed samples the researchers also assessed the weed density in each surveyed paddock.

The good and the not-so-good news

In almost one-fifth of the paddocks visited there were none of the target weed species present.

The most common weed species present across the surveyed area from Dubbo, NSW to Clermont, Queensland were sowthistle, wild oats and annual ryegrass. No ryegrass samples were found in Queensland, and most were found between Dubbo and Gunnedah, NSW.

So far, new cases of glyphosate resistance have been confirmed in the northern region in sowthistle (5 new populations), fleabane (28), feathertop Rhodes grass (18) and ryegrass (9).

Testing is complete for the ryegrass samples and has revealed that although there is a lower incidence of ryegrass on the Liverpool Plains compared to the southern portion of the Northern region in NSW, the rate of resistance is much higher. Of the 19 populations identified and sampled within the Liverpool Plains, an alarming 29 per cent were resistant to glyphosate. 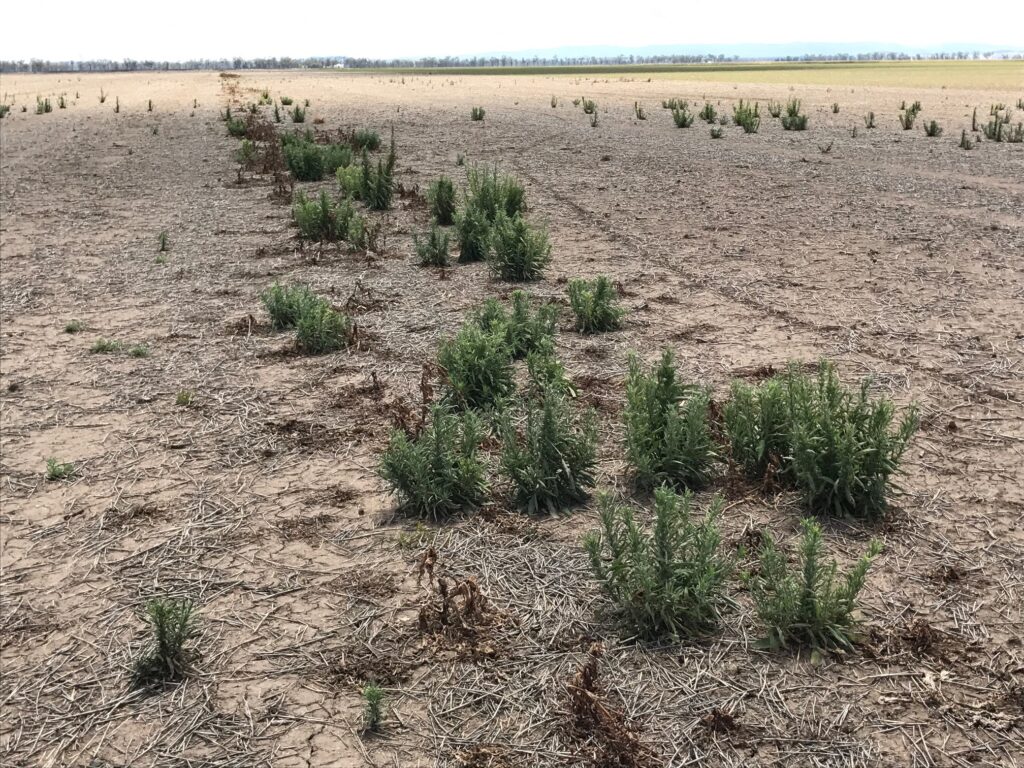 It’s important to note that all herbicide testing is conducted in a controlled environment and done when the weeds are quite small and at their most susceptible. This further underlines the level of resistance that has been uncovered in these weeds and particularly in sowthistle, fleabane and FTR, which are considered ‘hard-to-kill’ with glyphosate. If these weeds can’t be controlled at their most susceptible stage, then many more individuals in the region can be expected to ‘escape’ treatment under field conditions.

Time for evasive action is NOW!

Glyphosate is a key herbicide that is acknowledged as a foundation block for the current era of zero and minimum tillage farming in Australia. The loss of efficacy of this key herbicide would have catastrophic effects so there is strong motivation to take evasive action.

So far, screening has revealed that glyphosate resistance is certainly entrenched in the northern region, and for sowthistle and ryegrass is much worse than in other areas of Australia. The good news is that weed density is currently relatively low and there is susceptibility to other herbicides.

The recommendation is to protect glyphosate using the double-knock (either paraquat or cultivation) and to look for alternative tactics that protect the future use of glyphosate in farming systems. Scouting for and eliminating survivor individuals or patches is critically important to avert the ‘clear and present danger’ of widespread glyphosate resistance.

This research is to be presented at the Australasian Weeds Conference, 9-12 September 2018.

Alphabet cross-resistance in South Australia
Are ‘pre-ems and crop competition’ the ‘wine and cheese’ of weed control in canola?