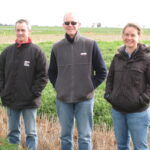 Short black, long black, double shot, double break? Coffee preference is a little like crop sequences.
Perhaps you’re a ‘short black’ wheat-canola type, strong on inputs?
Or a ‘long black’ type who likes to dilute their rotations a bit more?
Or are you a ‘double shot’, throwing in a few break crops in a row for maximum effect?
When it comes to managing annual ryegrass populations, Tony Swan and the research team from CSIRO Plant Industry and FarmLink, have shown that ‘double shots’ are the key. Growing two break crops in sequence (broadleaf crop, hay crop or long fallow) was more effective in reducing resistant ryegrass numbers to manageable levels than a single break crop or continuous wheat over a three-year rotation. And it can still be profitable. 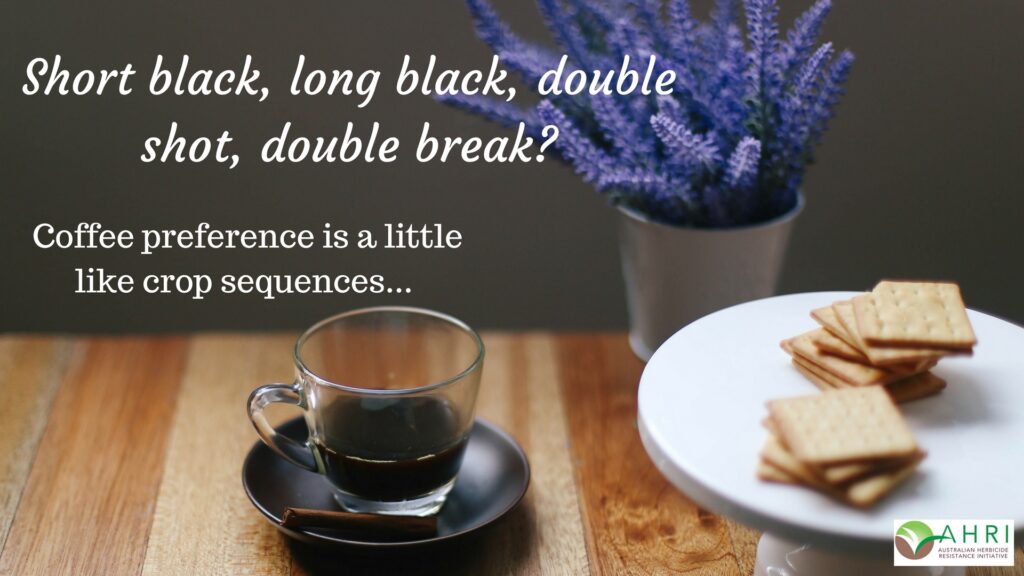 At the trial site in southern NSW, the research team was able to reduce the seedbank of a resistant* ryegrass population by 97%, from 1815 seeds/m2 down to less than 100 seeds/m2. This was after a three-year rotation of fallow/canola/wheat or lupin#/canola/wheat (Table 1).

The results showed the importance of having at least two consecutive years of ryegrass control to manage high weed numbers. In the first year of the rotation, the reduction in ryegrass panicles by spring ranged from:
• 100% in the pea brown manure, long fallow and Roundup Ready canola;
• 93-97% in the TT canola, lupins and wheat (with high input grass weed control); and
• 52% in the wheat with lower input grass weed control.
Where effective ryegrass control in year 1 was followed by canola in year 2, the impact on the seedbank was greater than if wheat (even with high input grass control) had followed in year 2. 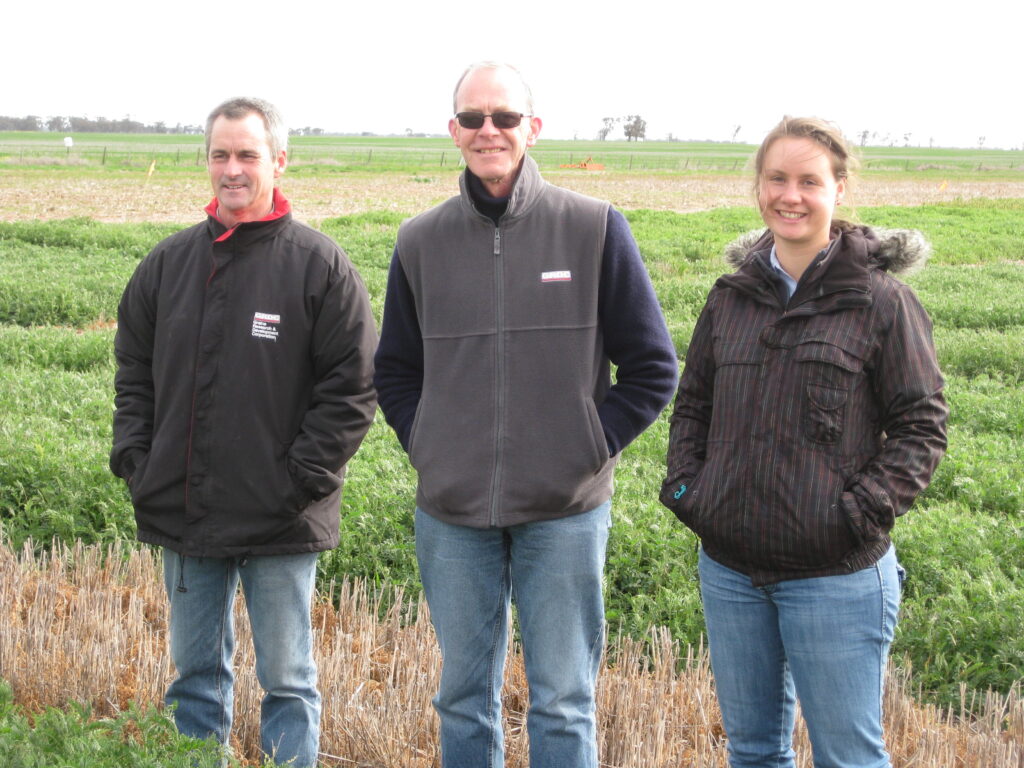 At the conclusion of the project, the research team calculated the average annual gross margin for each three-year rotation and compared this to the ryegrass seedbank (Table 1). Although wheat-canola rotations produced the most profit (based on grain prices at the time), the double break rotations were still profitable, were able to contribute additional nitrogen (from fallow or pulse) and were the most effective in reducing the ryegrass seedbank.
But farming’s not all beer and skittles so there are potential downsides to double break rotations, including increased disease risk (eg. sclerotinia) and reduced ground cover. If these are managed, double break crops are a viable option for long-term ryegrass control.

Now, who’s for a double shot? 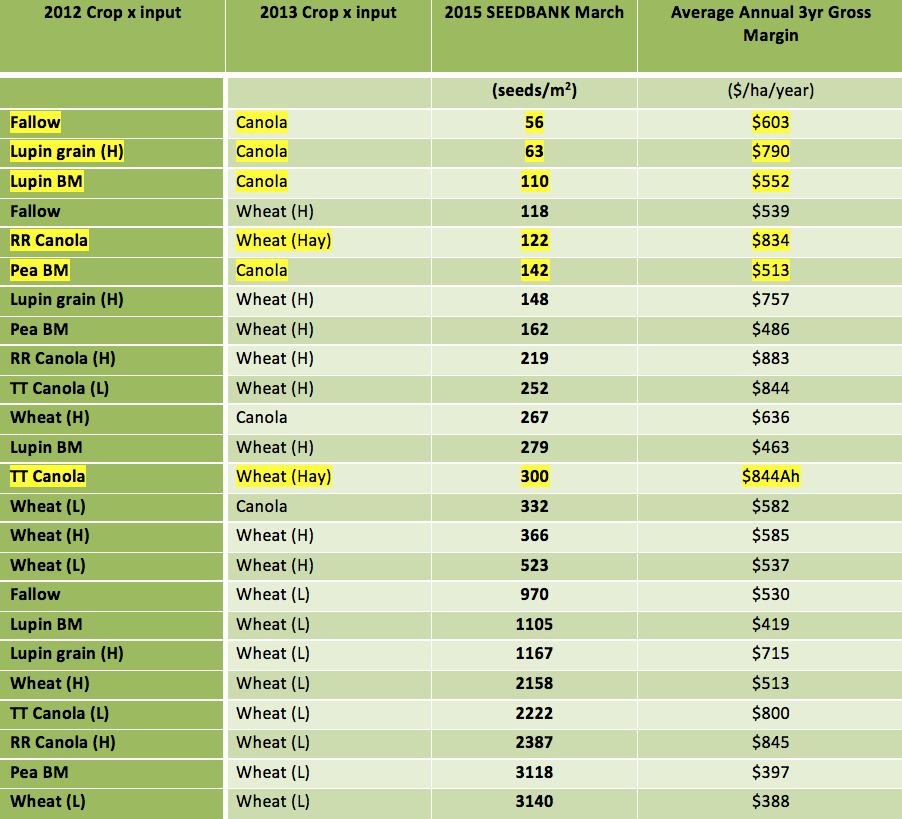 In addition to ryegrass management, this project focused on the impact of double break crops on nitrogen and profit. Read the full story in the following paper here.