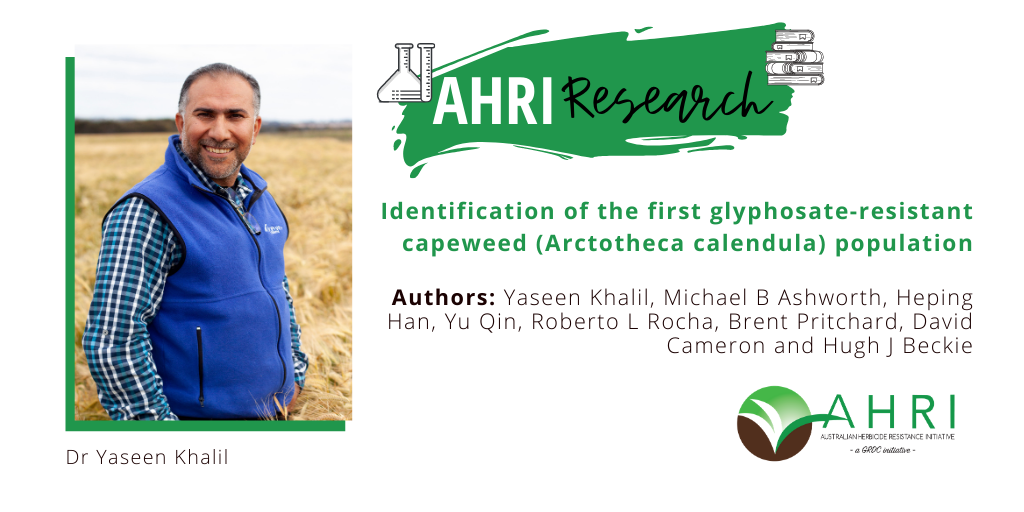 This study, however, did not investigate any other known mechanisms that impart glyphosate resistance. When screened at the field-applied rate, this Spence population was also found to survive an inhibitor of acetolactate synthase (ALS) (metosulam) and an inhibitor of phytoene desaturase (diflufenican).

To see our catalogue of published papers, click here.