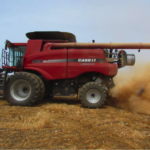 Run hard, look after your mates, shepherd, do the one percenters, plenty of talk, there’s no ‘I’ in team…

But, there’s an ‘I’ in the Harrington Seed Destructor.

Twenty years (and one week) ago Ray Harrington had an idea. That idea has culminated in the de Bruin group commencing the commercial manufacture of the iHSD this year.

Ray didn’t do this alone, it was a huge team effort, and the team has had a win.

To learn more about the plans for the iHSD and this great story of teamwork, keep reading! 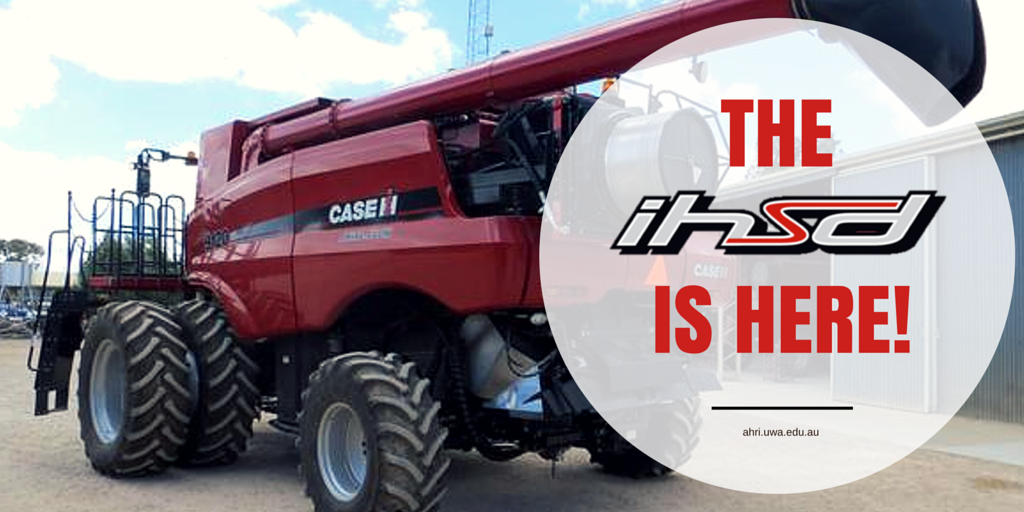 Ray Harrington made this innovation happen by having an idea, then building relationships and creating a team to get the job done. He never dreamed that it would take twenty years! 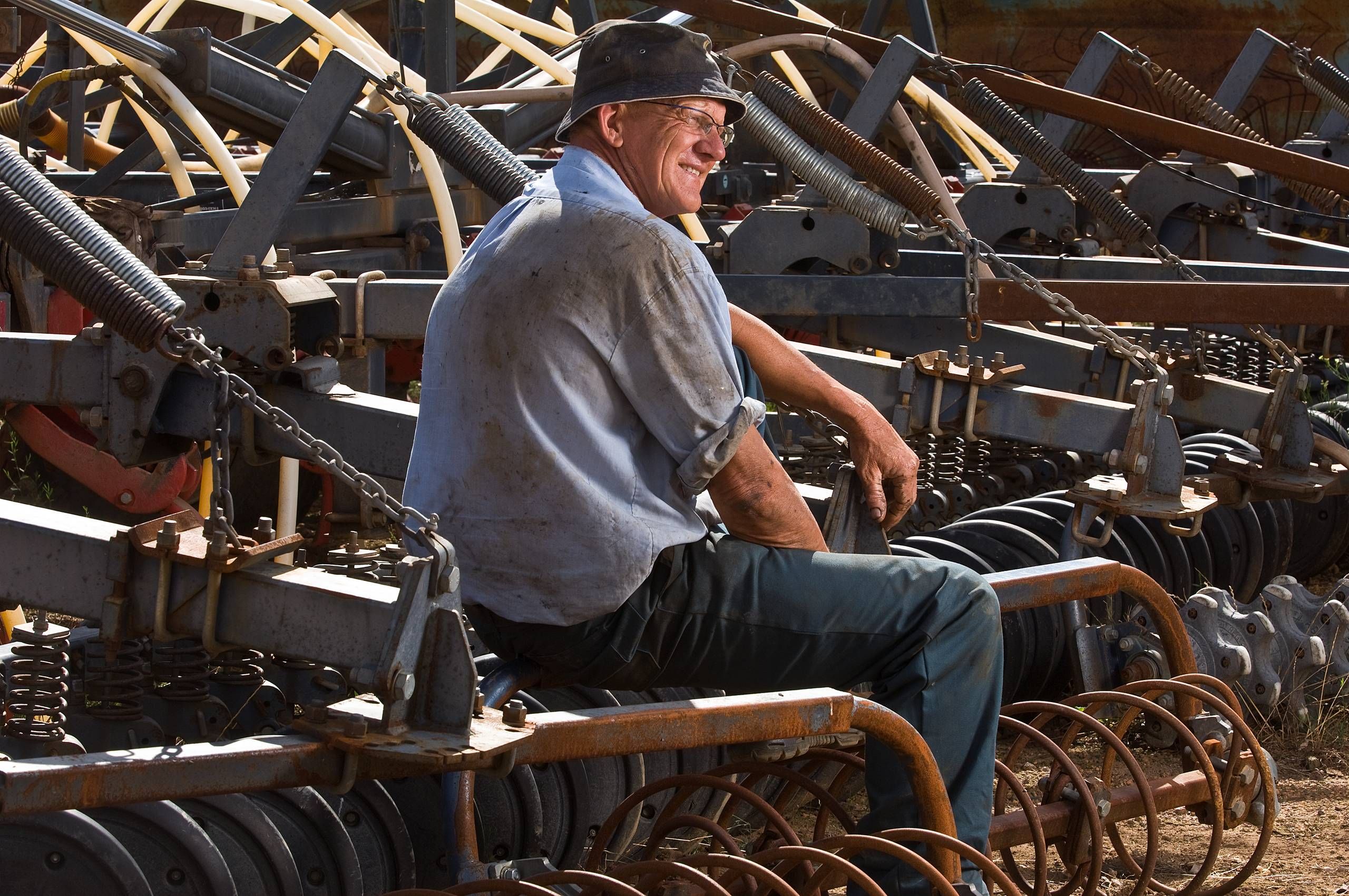 We really want to tell you the story of how it all came together, but first, let’s cut to the chase shall we?

The iHSD comprises of two hydraulically driven cage mills that are mounted within the rear of the harvester (just below the sieves). AHRI has determined that the mills can destroy 93 to 99% of the weed seeds that enter them. 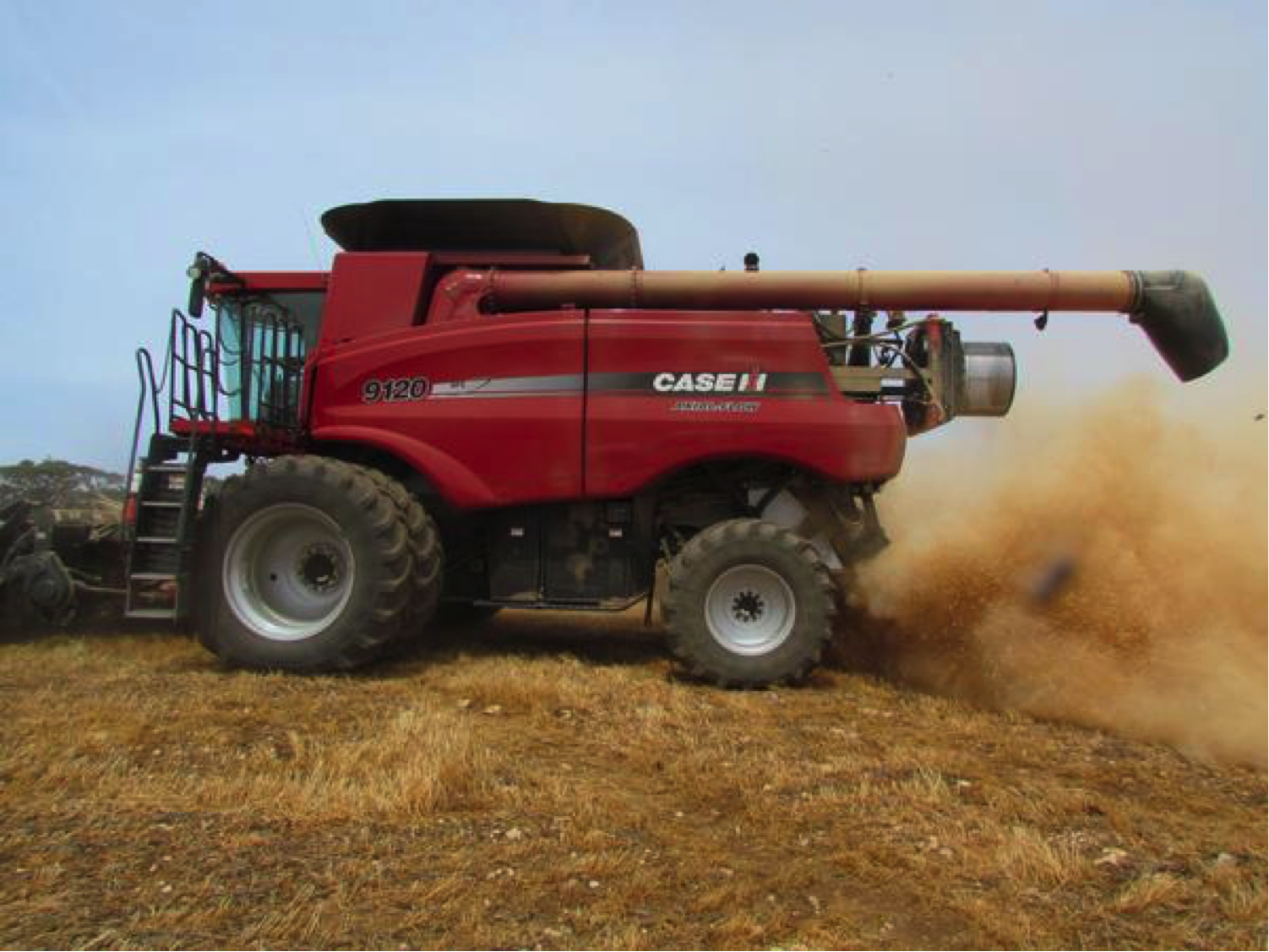 The de Bruin group from South Australia have exclusive rights to the manufacture of the iHSD (check out iHSD.com). This was announced at the Perth GRDC Grains Research Update on 29th February 2016.

McIntosh and Son have the rights to the sale and distribution of the iHSD. They’ll sell, fit, monitor and provide support to iHSD customers.

This info isn’t public yet, but we can tell you it’ll cost more than a new chaff cart and less than a tow-behind HSD.

There are already several harvesters that have been fitted and working with iHSDs around Australia and there’ll be ten more by harvest 2016 (all in Western Australia). These are already allocated to customers and the machines will be closely monitored and fine-tuned. All going well, there’ll be significantly more iHSDs in 2017 (14 expressions of interest in 2 days, including one international). If you think you may be interested in putting your name down for one in 2017 go to iHSD.com.

About 80. This will vary, but we were pleasantly surprised with this result. The concept is to perhaps run a class 9 harvester at class 8 capacity. Ray Harrington has had one iHSD on a class 9 Case harvester and another on a Class 8 harvester for the past two harvests and both performed extremely well, side by side. Ray says that the class 9 harvester operated at 97% of engine capacity and the class 8 operated at 101% of engine capacity with both using the same amount of fuel. We will know more about horsepower, harvest capacity and fuel usage after harvest 2016. 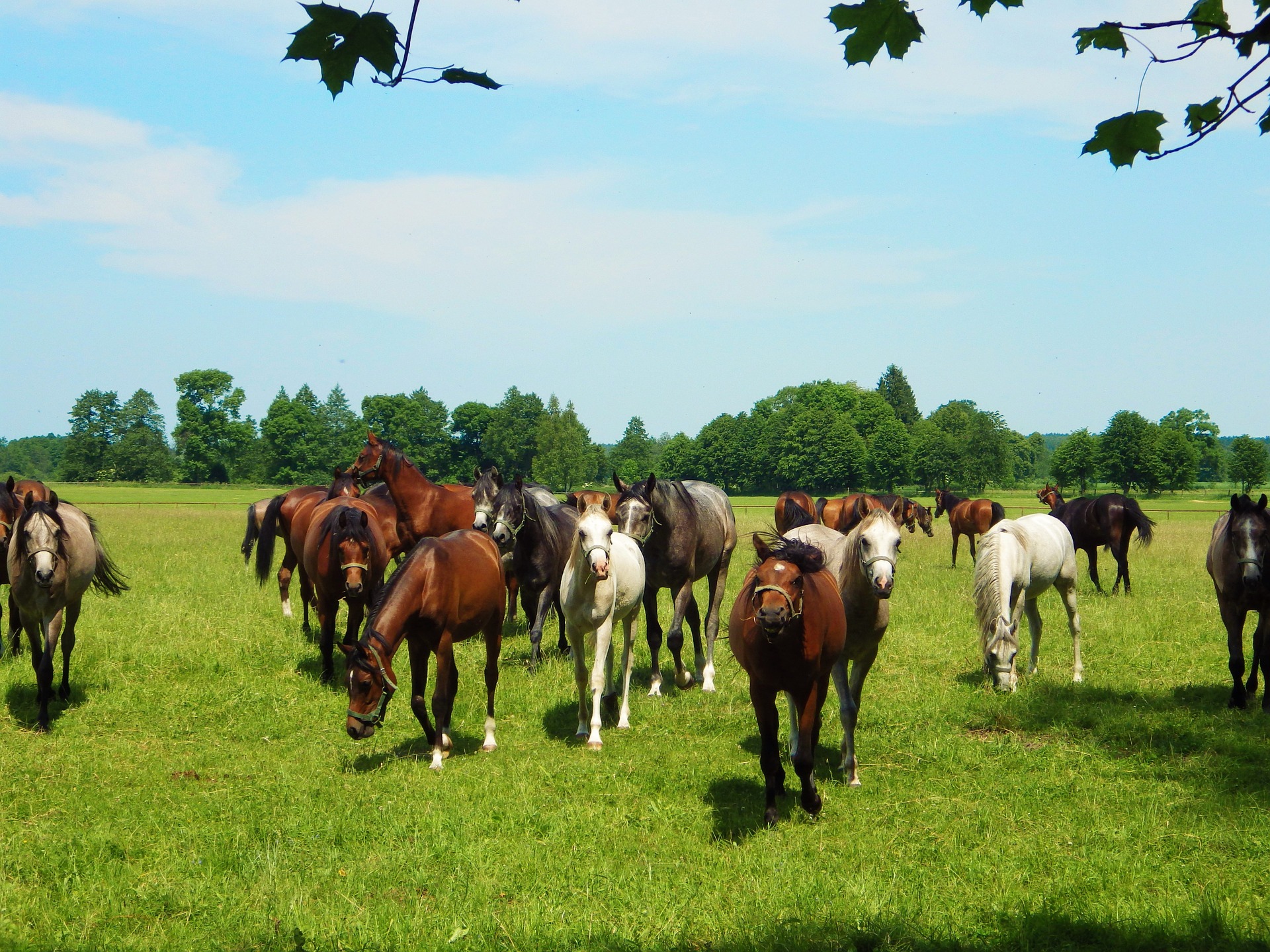 Not 80 horses… but you get the picture!

Are there any negatives?

Don’t get us wrong, we’re excited about the iHSD, but we’re aware of some potential negatives.

And now for the (shorter version of the) story

In the late nineties, Ray Harrington sold all of his sheep and went continuous cropping in some of Australia’s best sheep country. He had seen what other WA farming families had faced with resistant weeds in their continuous cropping programs. And he realised he had to do something with his weed seeds at harvest or he too would hit the wall with resistance (once the honeymoon period was over). He knew about chaff carts and windrow burning, but wanted to avoid burning his valuable residue. So he went looking for something to smash the weed seeds to smithereens.

Enter Geoff and Mike Glenn and Steve King – bush engineers as Ray calls them. He told them what he was looking for and they found it, a cage mill that was rendering coal into dust to make BBQ briquettes. A static mill was built and modified, which then sat on Ray’s farm for five years, doing very little, until Ray bumped into…

Professor Steve Powles, the director of AHRI. This was the beginning of a long relationship with AHRI. Steve appointed Dr Michael Walsh to the project. The first job was to determine whether or not this mill could destroy the seed of our common weed species. Michael and Steve supervised 4th year student Jason Ellerton, an ag science student with a background in engineering, to put the mill to the test. Jason thoroughly tested the prototype mill with great results on killing ryegrass seed (95% kill). Steve then ‘baited a shark hook’ as Ray said, and provided some AHRI funding and gave Ray the ‘moon shot’ ambition of putting the mill behind the harvester. Ray with his friend Ron Knapp built from scratch a prototype. Thus the ‘tow behind HSD’ was born, complete with its own 100 hp motor.

GRDC were approached for funding and to everyone’s delight they came to the party with significant funds. Dr Michael Walsh was appointed to lead the project. Michael would eventually test every aspect of the HSD, including conducting 25 field trials right across Australia (an enormous feat).

The de bruin Group, an engineering firm based in Mt Gambier, South Australia, were appointed by GRDC as the manufacturer and distributor of the tow behind machines. Ten tow behind units were sold but they weren’t exactly flying off the shelf. The growers told us loud and clear that they didn’t want to tow the HSD.

Next to join the team were engineer Chris Saunders and PhD student Nick Berry from the University of South Australia who started working on prototypes for an integrated version, and the iHSD was born. Two mills, each with one moving part, were mounted at the rear of the harvester, just below the sieves, and were hydraulically driven. Eureka! The theory to use a class 9 harvester and operate it at class 8 capacity was put to the test and it passed with flying colours. The hydraulic system caused teething problems at first, but the mills performed brilliantly. The hydraulics problems were resolved and the iHSD was ready for market.

The final members to make up the team were the machinery dealers McIntosh and Son. They’ll distribute the machines nationally including fitting the machines to harvesters, monitoring performance and providing ongoing support to customers.

And so the team is complete, and what a team it is! An Australian idea with funding from Australian grain growers and government, and involvement with Australian researchers, engineers, manufacturers, and machinery dealers. This is a team that we can be very proud of, bringing an innovation to market that will have global application. Yes, it understandably took a long time from concept to reality but the important thing is that now we have it.

There is no ‘I’ in team but we’re absolutely thrilled that there’s now an ‘I’ in the Harrington Seed Destructor.