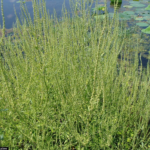 The old rock star adage is ‘live hard, die young’. Keith Richards, on the other hand, has somehow managed to buck the trend and ‘live hard, (and will) die old’. How Keith has lived so long will go down as one of the world’s great unsolved mysteries.

We need to work out how to get herbicides to ‘live hard, die old’.

Back in 2006, Pat Tranel and others from the University of Illinois were investigating the first reports of glyphosate resistant waterhemp in the USA. As they travelled around they saw completely weed free fields, while other fields had glyphosate resistant waterhemp exploding out of the top of the crop. Fast forward to 2010 and these same researchers set out to discover why. They worked with a local spray contractor who provided them with nearly 500 site years of data from 105 fields. They looked at everything from environment, to soil, to landscape and management.

They found that the difference was due to management, specifically, growers that have used full rates of herbicides in mixes. Growers that used 2.5 herbicide modes of action (MOA’s) on average per application were 83 times less likely to have glyphosate resistance than growers that had mixed 1.5 MOA’s on average. They concluded that mixing herbicides is better than rotating between them to prevent herbicide resistance.

Pat summed it up perfectly by saying ‘rotating herbicides buys you time, mixing buys you shots’. Using herbicides in mixes at full rates may be the key for herbicides to ‘live hard, die old’. 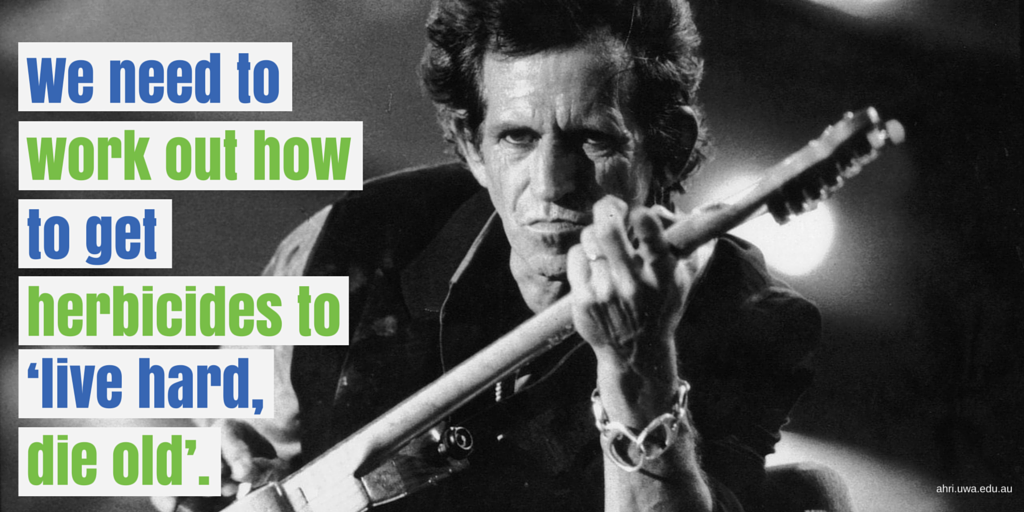 Prof Pat Tranel loves waterhemp and calls it his ‘favourite weed’. It takes all types! Pat is a researcher at the University of Illinois, USA. He and the other researchers in this study, Aaron Hager and Adam Davis, teamed up with demographer and statistical analyst, Jeff Evans to embark on a study, comparing 50 fields with glyphosate resistance and 50 fields without, using spray records from a local spray contractor. They looked at a huge range of variables, 61 in fact, and found that what mattered most was mixing herbicides. 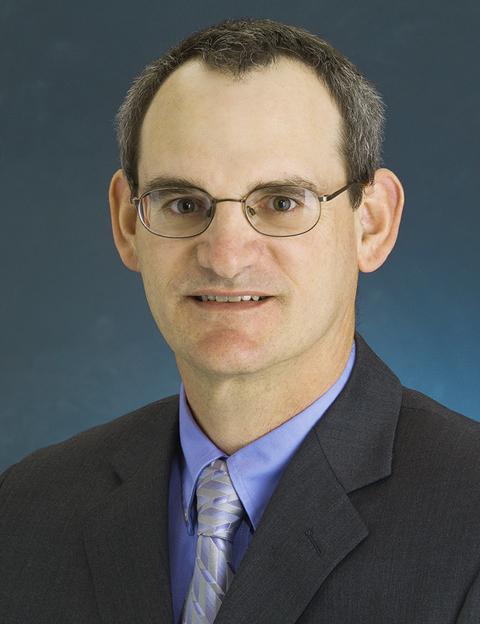 Mixing is where it’s at

The graph below says it all. The researchers reviewed herbicide application from 2004 to 2006 and then did glyphosate resistance tests in 2010. The probability of resistance in these fields declined sharply as more products were added to the tank. (MOA = mode of action = herbicide group). 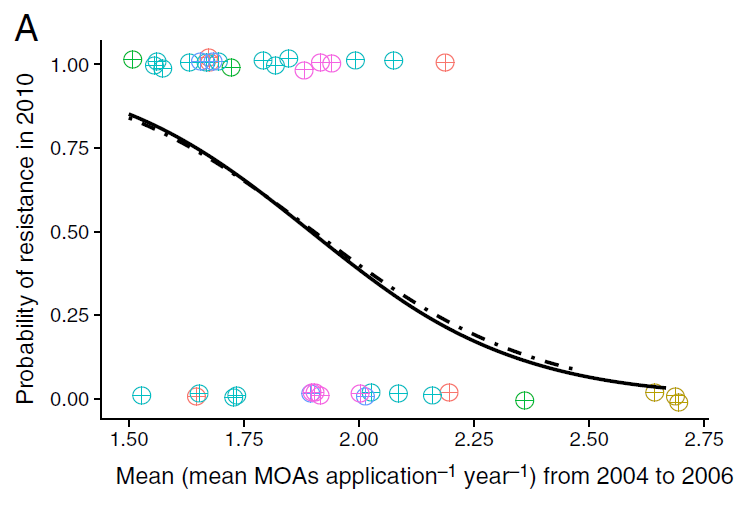 Mixing this herbicide with other herbicides, all at full rates is likely to buy some extra shots of the herbicide.

Why does this work?

Essentially, it’s very rare for a single weed to be resistant to two herbicides before herbicide selection. If a weed gains a random mutation that gives resistance to a herbicide, and it is sprayed with two herbicides, at full rates, it will die and not set seed. 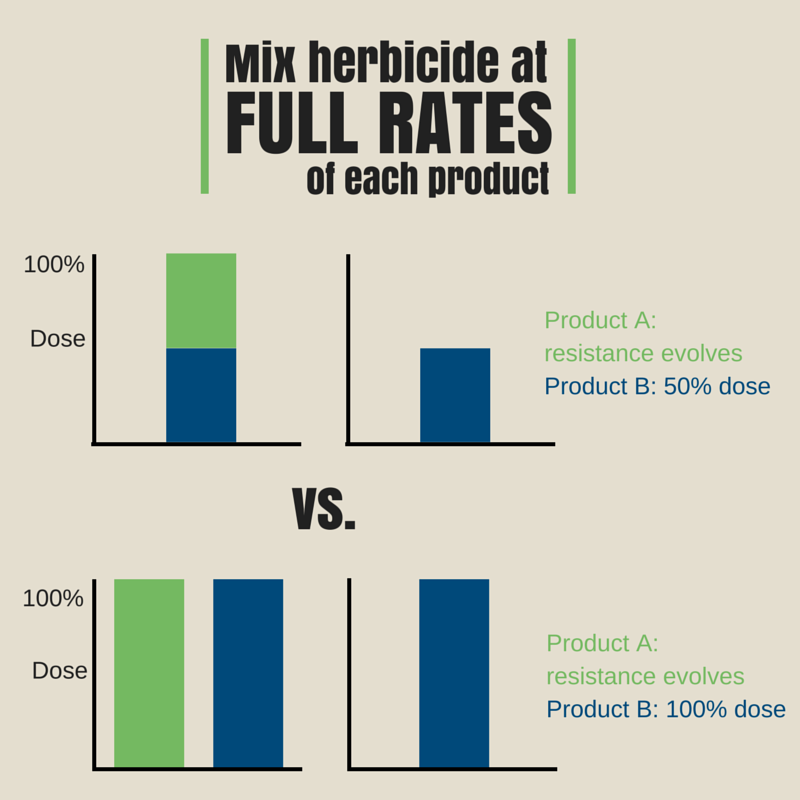 Mixing and rotating buys you time and shots

Why not combine the two and get the best of both worlds.

What is an effective mix?

A good herbicide mix is:

Tank mix or in sequence?

This study from the USA focuses on tank mixes, however, author Pat Tranel commented to us that it doesn’t all have to happen in the same tank and it doesn’t all have to be about herbicides. Growers should ask themselves how many hits they can get at a single weed species in a given year. The double knock technique is the perfect example. We need to use the double knock approach in all forms of weed control, not just with knockdown herbicides.

Is mixing the complete answer?

The researchers in this study also concluded that herbicide mixing is not a universal panacea. It’s not a permanent solution to the problem, but it will delay the evolution of resistance.

Does this mean that we have had it wrong all of these years by recommending herbicide rotation? No. Herbicide rotation is still a good idea, but perhaps we need to put more emphasis on mixes of products at full rates. Mix and rotate is the answer, but not the entire answer. We need to team it up with non-herbicide tools as well. Waterhemp is a big, competitive weed that sets a lot of seed. Here are a few waterhemp facts:

US growers have created the world’s biggest herbicide resistance problem by abandoning all other forms of weed control in favour of using just glyphosate. This is the rock star equivalent of dying in your twenties.

This research shows that mixing herbicides is better than simply rotating between herbicides from year to year. We can go one better, and hit the weeds with more knocks that don’t come in a drum.

We need to think Keith Richards, not Jimi Hendrix.

In the comments below, let us know how you use herbicides so they ‘live hard, die old’.