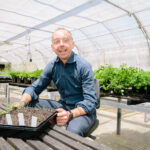 We all put things in boxes inside our head to help us organise our brain. A few of the important boxes I have inside my head – fishing spots, great moments in sport, top five meals of all time, jokes, song lyrics, useless trivia, movie quotes, WA town license plates, and of course the nothing box (the place every man retreats to when he has five minutes of peace and quiet!). Ok, it’s not an over-achieving brain but it gets me by.

However, sometimes something new will come along and it won’t fit into your existing boxes. It might need a new box.

Knowing how to use a new product in mixes and rotations with other herbicides can be a little confusing, hence the development of the “boxes” by the AHRI team a couple of years ago to help you put the right herbicides in the right boxes inside your head.

So, when considering this, what box do we put Luximax (Cinmethylin®)? Well… it gets its own NEW box!

AHRI researcher Dr Roberto Busi is helping us to understand some of these new products before they come to market. He recently investigated the product Cinmethylin which is a new BASF product called Luximax.  He found;

Cinmethylin is an old herbicide but it has never been registered previously in Australia. This research tells us that it will be very useful in ryegrass management in the future.

Life was easy before Dr Roberto Busi started to understand cross-resistance between pre-emergent herbicides. Back in the day, it made sense to simply rotate between herbicide groups. Then Roberto and other researchers found ryegrass that was resistant to one herbicide, for example, Sakura® (pyroxasulfone) was also cross-resistant to other herbicides such as Boxer Gold® and Avadex® through metabolism-based resistance. Now we can no longer assume that a new herbicide will kill a resistant population even if it’s from a different group of herbicides. We now need to test new herbicides across our multiple resistant ryegrass. Roberto did this in two ways.

1. Screening of 130 populations of ryegrass from Western Australia

During harvest 2018, Roberto offered free herbicide resistance testing and he received 130 annual ryegrass samples.  He screened these samples with the common pre-emergent herbicides trifluralin, prosulfocarb (e.g. Arcade®) and pyroxasulfone (Sakura®) as well as the new product Cinmethylin (Luximax®).  The results are presented in the chart below showing that Cinmethylin performed very well compared to the other pre-emergent herbicides and trifluralin was the worst performer due to resistance to this herbicide. 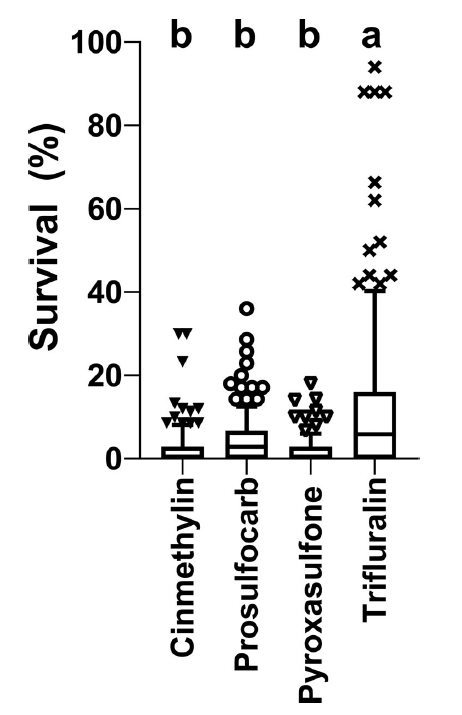 Through his previous research, Roberto now has access to populations of ryegrass that are very well understood in terms of their resistance profile and the mechanisms of resistance. Roberto tested Cinmethylin over three multiple resistant ryegrass populations and compared it to a known susceptible and wheat. 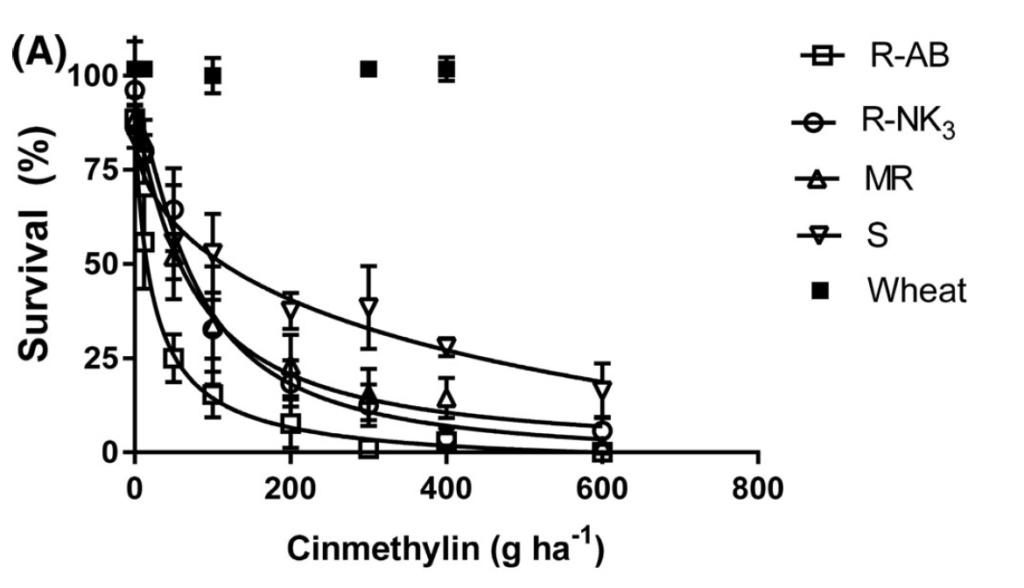 The chart above shows that the dose-response curve to Luximax was similar between populations regardless of their resistance status. Keep in mind that the label rate of Luximax in Australia is 375 gai/ha (i.e. 500mL/ha of 750 g/L product).

Phorate is an insecticide that also happens to be a P450 inhibitor. In this research, Roberto used phorate to turn off the P450. Applying phorate to the pots just prior to spraying made the wheat very sensitive to phorate, reducing the effective dose to achieve 50 % control (LD50) from 682 g/ha to just 109 g/ha. This leads us to believe that wheat tolerates Luximax by metabolism via P450 enzymes. If ryegrass was to evolve resistance to this herbicide, then metabolism by P450 enzymes is one possible mechanism. As this ryegrass is susceptible it is not expected to have elevated P450 levels and therefore phorate had little effect on ryegrass.

Applying Cinmethylin directly to wheat seed reduced the emergence of Mace wheat by 75% and Magenta by 37% at the maximum dose of 400g/ha which is slightly above the label rate.  When wheat was buried either 1cm or 2.5cm deep before spraying with Cinmethylin there was little effect on wheat emergence. The Luximax label recommends planting wheat at least 3cm below the treated band.

Mix, rotate and double knock between the boxes – not within a box

A couple of years ago with new research about the potential for cross-resistance between some of the pre-emergent herbicides, we at AHRI created the “Boxes”. This is a guide to help you choose the best mix, rotate and double knock strategy between herbicides with activity on ryegrass.  The blue box in the diagram below features the pre-emergent herbicides with known metabolism-based cross-resistance. You will notice that we have separated the blue boxes slightly because it is still ok to mix and rotate between these products, but there is an increased risk of resistance if you do so.  For example, the Sakura® + Avadex® mix has featured in many plot trials and often results in excellent ryegrass control. Using this mix is better than using either of these herbicides alone, but we want you to be aware that there is a risk of cross-resistance between these products.

Based on this research by Dr Roberto Busi, Luximax® (Cinmethylin) gets its own box because at this stage there is no known cross-resistance to any of the other pre-emergent herbicides. 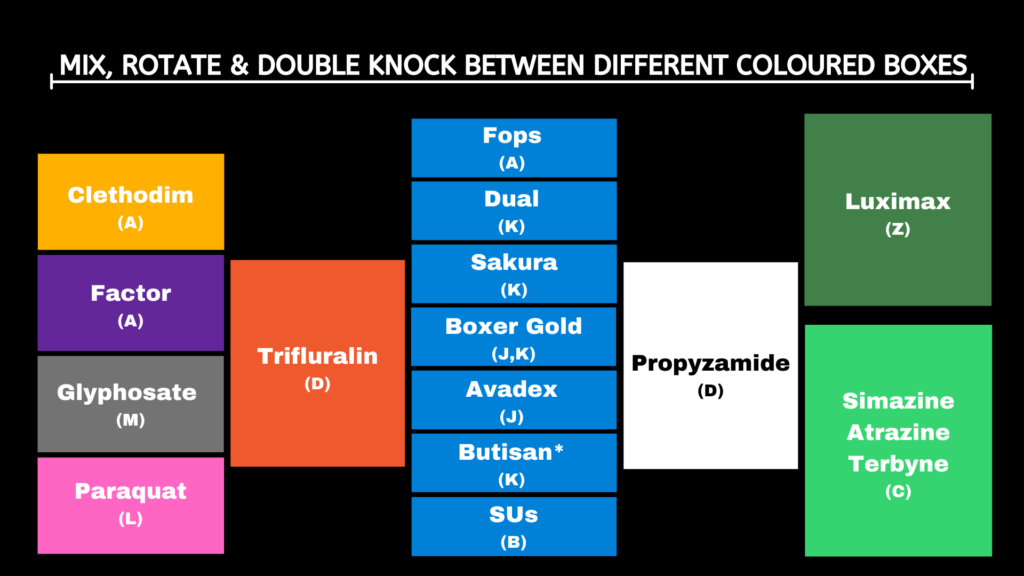 It’s very challenging for companies to bring new herbicides to market these days because the new products don’t just need to control ryegrass, they need to control ryegrass that is already resistant to multiple herbicides. This research by Roberto Busi gives growers and agronomists some much-needed information about a new herbicide before it comes to market helping them to make the best decisions on how to use this new product.

I can’t live without the Internet!! And I can’t farm without glyphosate.
The reality of spontaneous mutation