You are here: Australian Herbicide Resistance Initiative › News › Microbial degradation of propyzamide – will we have a problem?
0
0
0
0
July 31, 2017 Sometimes we worry about things that might happen in the future, and it never happens, like the millennium bug. The anti-climax was overwhelming. We also thought that daylight savings would fade our curtains, but lo and behold, no problems there either.

Other times we worry about things that might happen, like Trump being voted in, and it does actually happen.

Should we be worried about enhanced microbial degradation of propyzamide bringing about the downfall of this excellent herbicide?

Some excellent research conducted by Stephen Hole, under the watchful eye of Professor Steve Powles at the University of Adelaide in the mid-1990’s investigated the microbial degradation of propyzamide and another similar herbicide, carbetamide. Enhanced microbial degradation is where the soil bacteria that can eat a particular herbicide build up to very high levels so when the herbicide is applied it is broken down very quickly, effectively reducing the half-life of the herbicide.

What they found was

What has not been found so far

Could it happen? Sure. Are there things that we can do to minimise the risk? Yes. 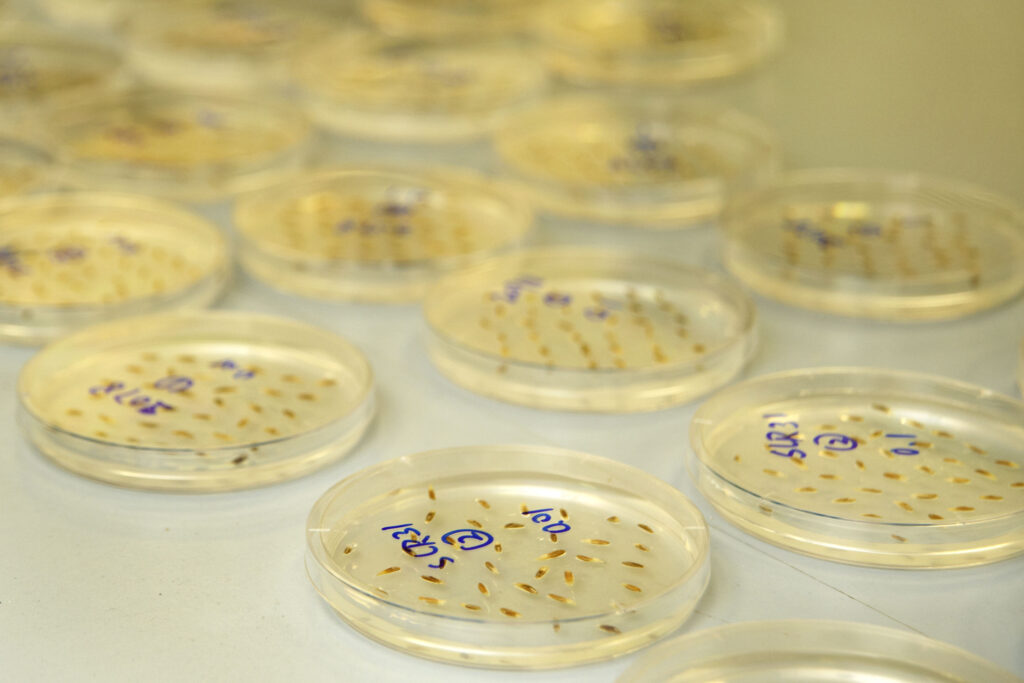 When a pasture seed grower contacted Steve Powles in the early 1990’s to tell him that carbetamide had failed to kill ryegrass, Steve naturally suspected that resistance was at play. When he sampled seed from survivors and tested for resistance in the lab, he found only susceptible weeds. Why is it so?

Stephen Hole then stepped up to the plate to investigate as a part of his PhD studies.

Study 1. Carbetamide applied twice in the same growing season is a bad idea

Field A – no prior history of carbetamide application. Sandy clay loam pH 4.8. 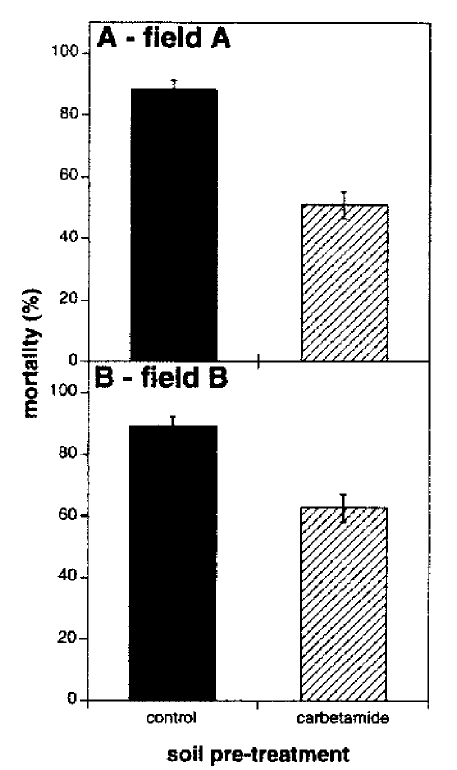 Carbetamide as a single application achieved 88-89% control of ryegrass in both fields A and B. Field B had been treated with carbetamide for three consecutive years leading up to this research and this appears to have had no effect on enhanced microbial degradation.

One application of Carbetamide in June of 1993 was enough to cause significant enhanced degradation of carbetamide that was applied 103 days later, even in field A where there was no history of carbetamide use.

Study 2: Propyzamide applied twice in the same growing season is also a bad idea and bacteria are fussy eaters 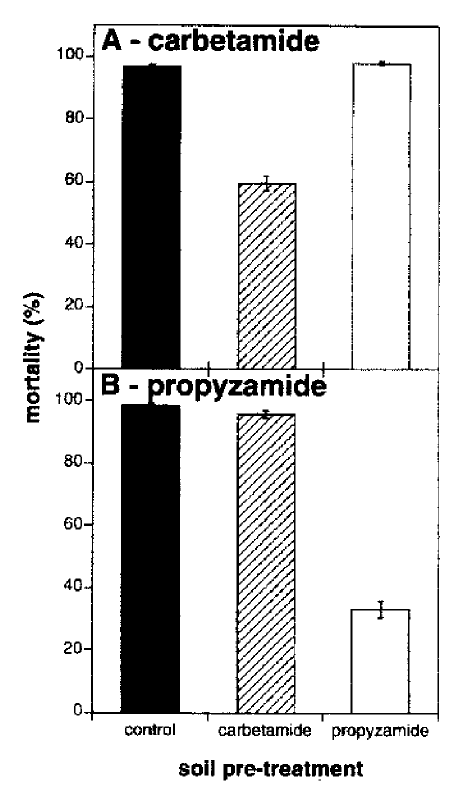 This field research confirms that propyzamide is also prone to enhanced microbial degradation. Applying propyzamide twice in the same season, 77 days apart, led to a significant reduction in control of ryegrass with the second application. While propyzamide and carbetamide are similar herbicides it seems that they are very different in the eyes of the degrading bacteria. Pre-treatment with one herbicide did not reduce the efficacy of the other.

Applying carbetamide every year for five to seven years reduced the half-life of the herbicide in the soil from approximately 30 days to four days. In this study, the last carbetamide application was made 12 months before sampling, so this proves that the soil bacteria levels required to rapidly degrade carbetamide can persist for at least 12 months in the soil.

The good news is that where the soil was left untreated for three to four years, the enhanced degradation effect appears to ‘wear off’ and the half-life of carbetamide appeared to revert towards more normal levels. 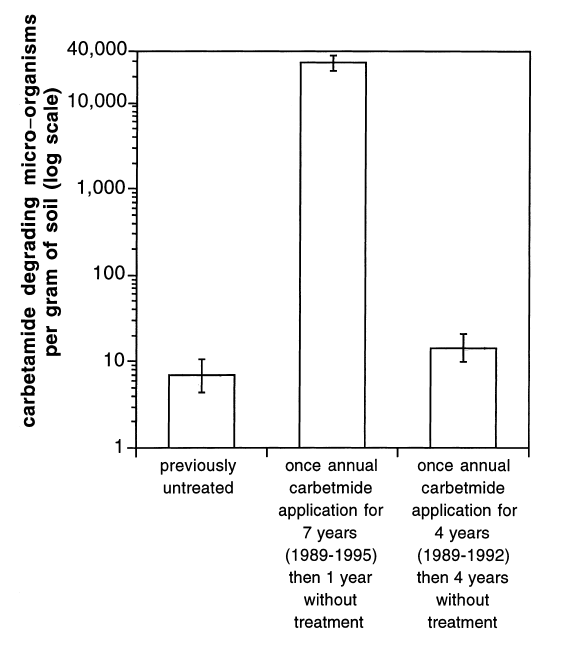 In some other unpublished work, Steve Powles visited a golf course in Victoria where propyzamide had failed. He managed to show that there was enhanced biodegradation of propyzamide which was responsible for the herbicide failure.

There is evidence that propyzamide is prone to enhanced microbial degradation, but at this stage there we haven’t seen this persisting from one growing season to the next in broad-acre cropping. The only evidence we have at this stage is where two applications were made within the same growing season. However, we have seen that carbetamide degrading bacteria can last from one season to the next, and there is no reason that this could not be the case for propyzamide degrading bacteria.

What can we do to look after propyzamide?

Avoiding applying propyzamide in consecutive seasons is a good start. How many years should we leave between propyzamide applications is really anyone’s guess. Common sense would say that the more that we can spread it out in the rotation the better. A three to four-year break between applications would be great (we must disclose that this is purely speculation), and this would slow the evolution of resistance to this herbicide at the same time.

Should we be worried about enhanced microbial degradation of propyzamide? Yes. But if we do the right thing, and rotate to other herbicides, we can go a long way to looking after this herbicide for many years to come.

Persistence and management of enhanced carbetamide biodegradation in soil