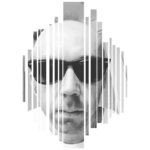 Many of our Australian readers would remember the great TV mini-series ‘Underbelly’ that exposed the underworld of Melbourne and Sydney.

It got the whole country talking about Carl Williams and the Moran brothers, and the corruption in the police force.

Similarly, our mini-series on pre-emergent herbicides will seek to reveal the underbelly of the herbicide world. We started this series a couple of years ago and plan to pick it up where we left off.

‘Pre-emergent: A tale of four herbicides’ has the whole of the Australian agricultural industry talking about cross-resistance, P450’s, GST’s, and the sting in the tail where an insecticide gets involved. Gripping stuff.

OK, we might be talking it up a bit, but AHRI researcher Roberto Busi and others have undertaken a body of research in recent years that focuses on the potential for resistance to some of the new and old pre-emergent grass herbicides.

This research is too vast to bring to you in a single AHRI insight so we will roll it out over the next three weeks as a mini-series.

Episode 1: ‘Cross-resistant monster’ has already screened, featuring in a previous AHRI insight where recurrent selection with Sakura® in the lab led to the evolution of Sakura® resistance and cross-resistance to Boxer® and Avadex®.

In Episode 2 we will show how this resistance was inherited as a single gene, and how the cross-resistance works in both directions.

Hold onto your seat!

The Italian villain, Roberto Busi, attempted to evolve resistance to Sakura® (pyroxasulfone) in the lab before the herbicide was even commercially released, and he succeeded.

He started with a ryegrass population with a criminal record as long as your arm – SLR31 – multiple resistant to Sulfonylurea, Fop (Diclofop), trifluralin and metolachlor herbicides. After four recurrent selections with Sakura®, it was Sakura® resistant as well.

The sting in the tail was that in the process it evolved cross-resistance to Boxer® (Prosulfocarb) and Avadex® (Triallate). The result, the most wanted criminal ryegrass population in the world, cross-resistant to six different herbicide modes of action.

Busi, realising the error of his ways, teamed up with bright young American, Todd Gaines, and let’s just say the more ’experienced’ Argentinian, Martin Vila-Aiub, to determine how the world’s most wanted ryegrass could pass on its know-how (genes) to other ryegrass, to spread the multi-resistance curse. Together they wrote a scientific paper that was completely indecipherable to the general public! They concluded that Sakura resistance was controlled by a single, semi-dominant gene. Let’s have a quick look at what led them to this decision.

The fact that the dose response curve of the F1 is about half way between that of MR and S gave the team of researchers a clue that this was semi-dominance at play. What is semi-dominance? In simple terms, if you have a plant with semi-dominance for flower colour, and a red flower is crossed with a white flower, the result will be pink flowers (i.e. somewhere in-between). They also concluded that a single gene was all that was needed to pass on the ‘evil’ cross-resistance traits.

What does this all mean?

Not content with evolving cross resistance from Sakura® to Boxer and Avadex, the evil Busi was at it again to see if it worked in both directions. In other words, would recurrent selection with Boxer® result in Sakura® resistance?

It was pretty easy for Busi to take a wanted criminal ryegrass population (SLR31) and evolve multiple resistance to some of our other precious pre-emergent herbicides. He and others then determined that this was passed on by a single gene so it was easy to proliferate through the population. It’s good news that the genes responsible for this resistance are semi-dominant, as this will slow the evolution of resistance compared to a complete dominant situation that is common among other herbicide resistant traits.

Stay tuned for Episode 3, where a new hero arrives on the scene. An insecticide that can reverse resistance and possibly save the world from weedy rice!

Inheritance of evolved resistance to a novel herbicide (pyroxasulfone)