You are here: Australian Herbicide Resistance Initiative › News › Mungbeans, you will never guess which row spacing is best!
1
2
0
0
September 19, 2016 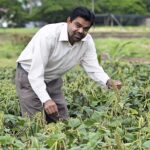 If you have ever tried to use a Philips head screwdriver on a slotted head screw, or hammer in a nail with the back of a spanner, you know how important it is to have the right tool for the job.

Mungbeans are often sown with a planter on 1m row spacing that was designed for cotton, maize or sorghum because this is what the grower has and it is hard to have a different planter for every crop. But is it the right tool for the job?

Research by Bhagirath Singh Chauhan from Queensland Alliance for Agriculture and Food Innovation (QAAFI), the University of Queensland has found that the narrower the row spacing of mungbeans the better, for both yield and weed competition. In this research he found that weeds that germinated 3 weeks to 6 weeks after the crop suffered a lot from crop competition with mungbeans sown on narrow rows (25cm).

Is it worth spending time and money to set up a planter to sow mungbeans on narrow row spacing? 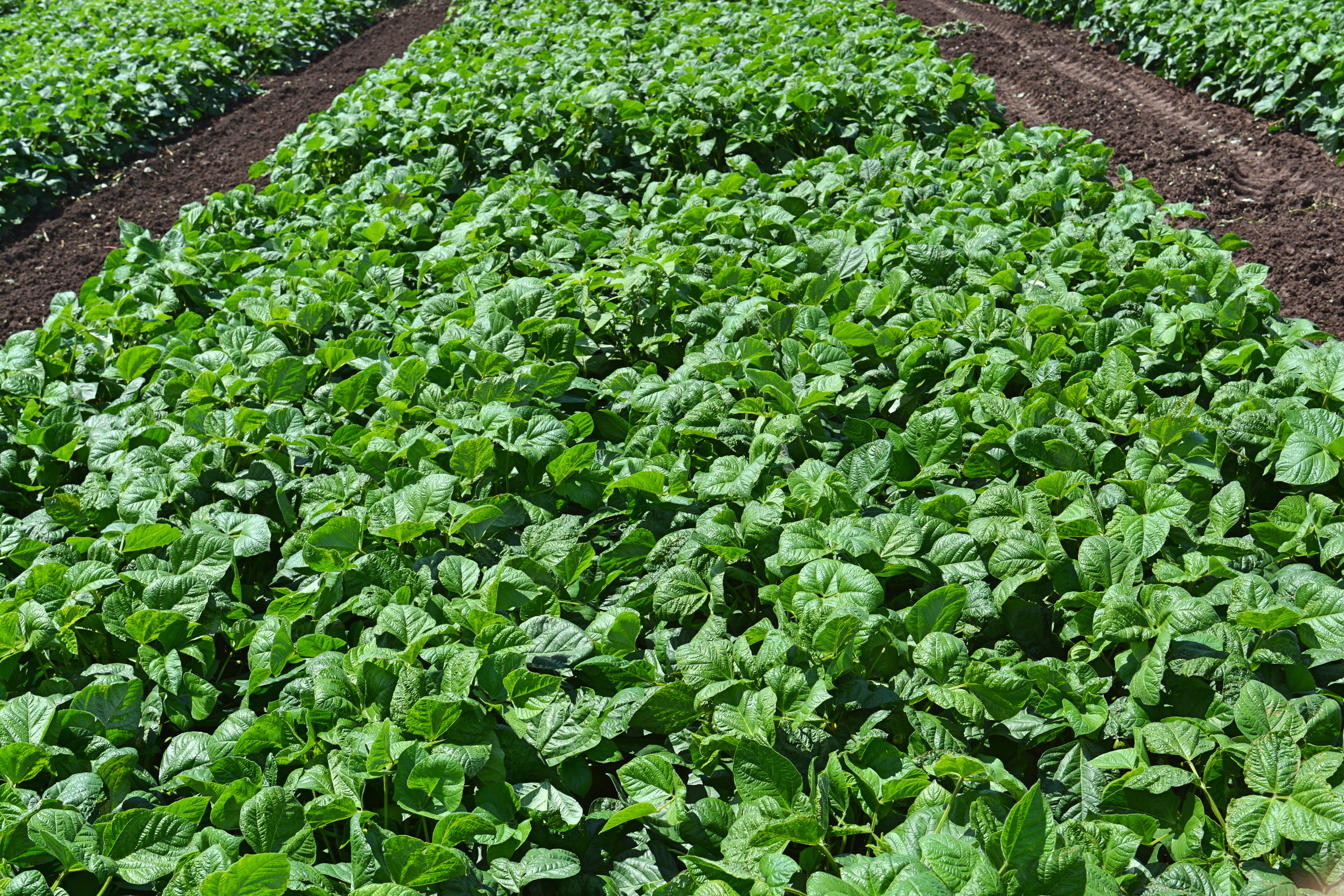 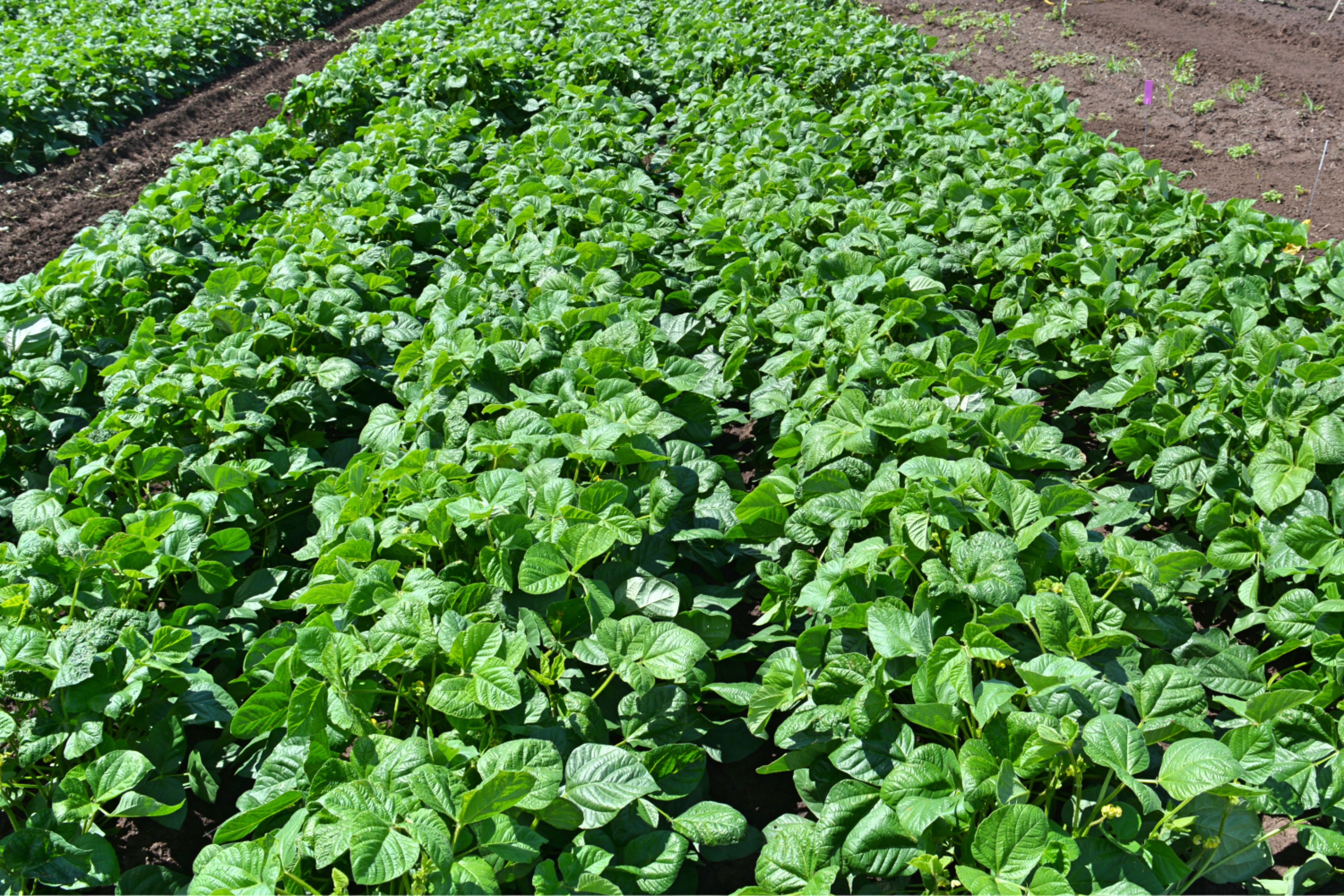 This research was conducted at Gatton, Queensland, Australia on the University of Queensland research farm in 2015 and 2016. Jade-AU mungbeans were sown on 25, 50 or 75cm row spacing using a tractor mounted cone seeder at 30 kg/ha seed rate. The research involved comparing four weed scenarios. Nil weeds, weedy from planting to harvest, weedy beyond 3 weeks after planting, and weedy beyond 6 weeks after planting. The site had low weed density so Rhodes grass was spread at 300 seeds/m2 and lightly irrigated to stimulate germination at the appropriate time. 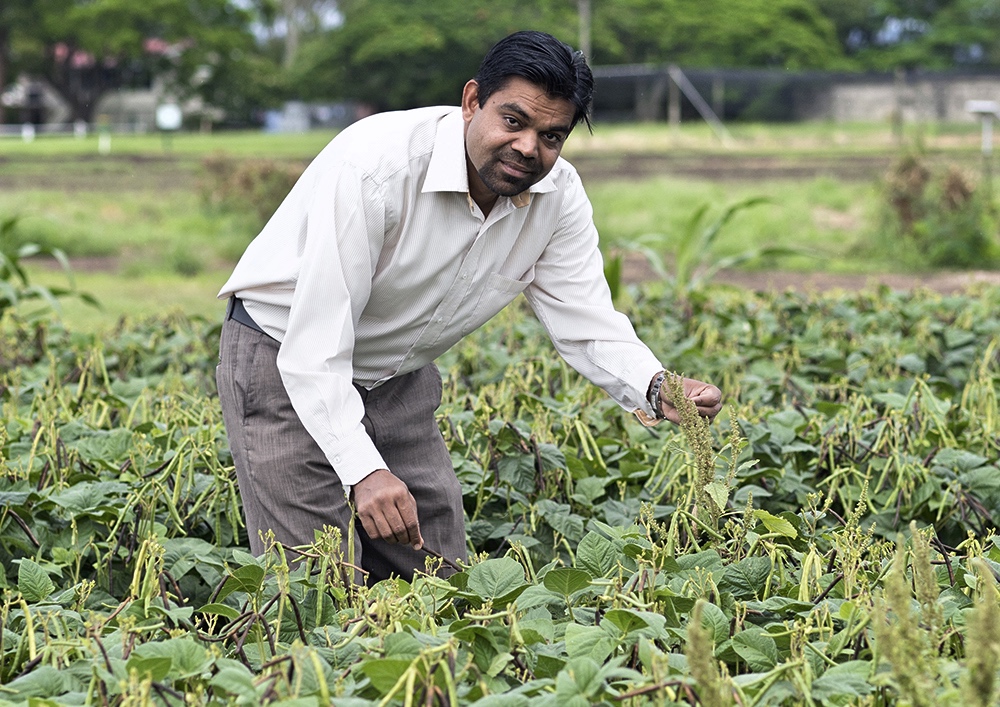 There were big yield benefits of sowing mungbeans on narrow rows. This equated to about 1.5% yield improvement per inch of row spacing. In other words, the 25cm row spacing yielded approximately 600 kg/ha more than the 75cm row spacing, worth about $600/ha at current prices.

Mungbeans are now a valuable crop in Australia’s northern cropping zone. The problem is, in this part of the world there is a wide range of summer and winter crops, all of which have their own unique agronomy packages. It is all well and good to suggest that each crop should have its own dedicated seeder to dial up the ideal row spacing, precision and fertiliser placement but this simply isn’t practical for every grower. But if there is a big enough benefit, perhaps it is worthwhile, and maybe it can be achieved by modifying existing equipment to get the desired result.

The row spacing yield response of mungbeans also held true for treatments where weeds germinated three weeks or six weeks after planting. However, where weeds were allowed to grow from seeding to harvest, mungbean yield was reduced by 85 to 90% and there was little effect of row spacing on yield. This research also indicates that it is beneficial to control weeds in mungbeans for six weeks or more to minimise significant yield loss. 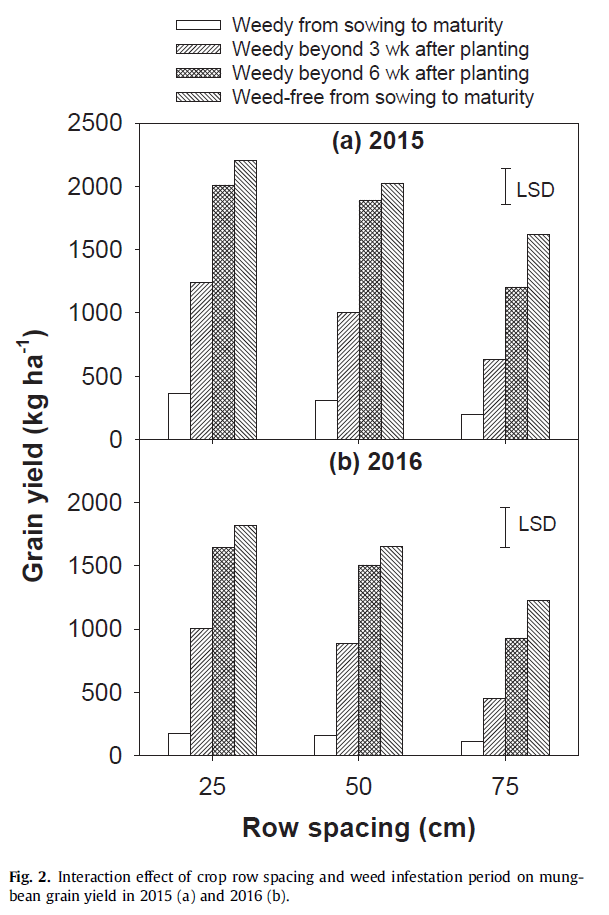 Trials conducted by Kerry McKenzie and Bec Raymond from QDAF also showed the benefits of narrow row spacing for mungbeans, however in this work there was little difference in yield between 25 and 50cm row spacing in weed free situations. Their research also showed that the higher the yield, the bigger the benefit from narrow rows. The data below from their research is a collation of five trials from four sites in 2014 and 2015. 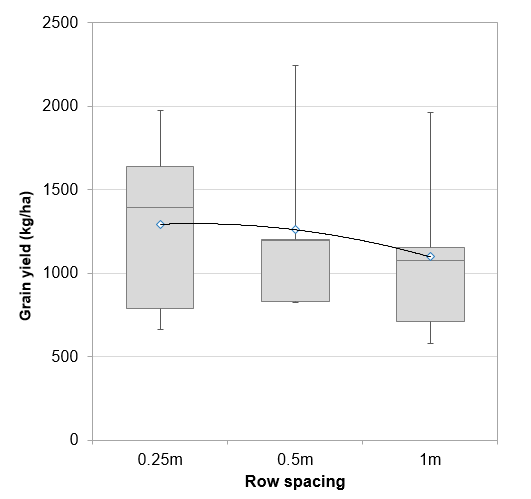 The weed biomass in Bhagirath’s trials was measured 12 weeks after seeding. Where weeds were allowed to grow from seeding onwards, the weeds won. The weeds smothered the crop in this situation and there was little effect of row spacing on weed biomass.

Where weeds germinated late there was a big effect of row spacing on weed growth with narrow rows achieving early canopy closure and weeds were shaded out. 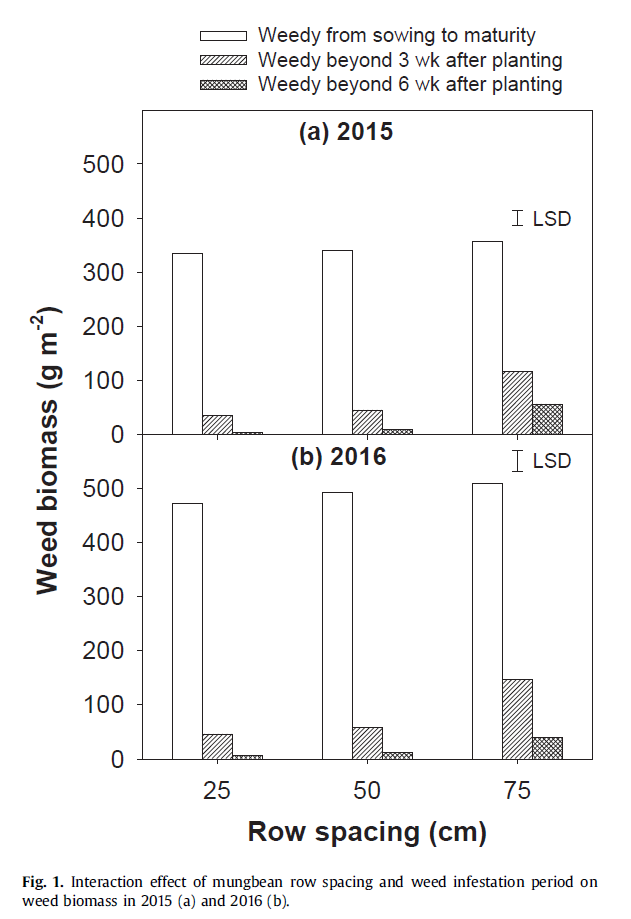 To grow more mungbeans with fewer weeds growers need the right tool for the job, which in this case is a seeder that can achieve narrow row spacing. Is it worthwhile? That probably depends on how many mungbeans you are growing each year, but the science says yes.