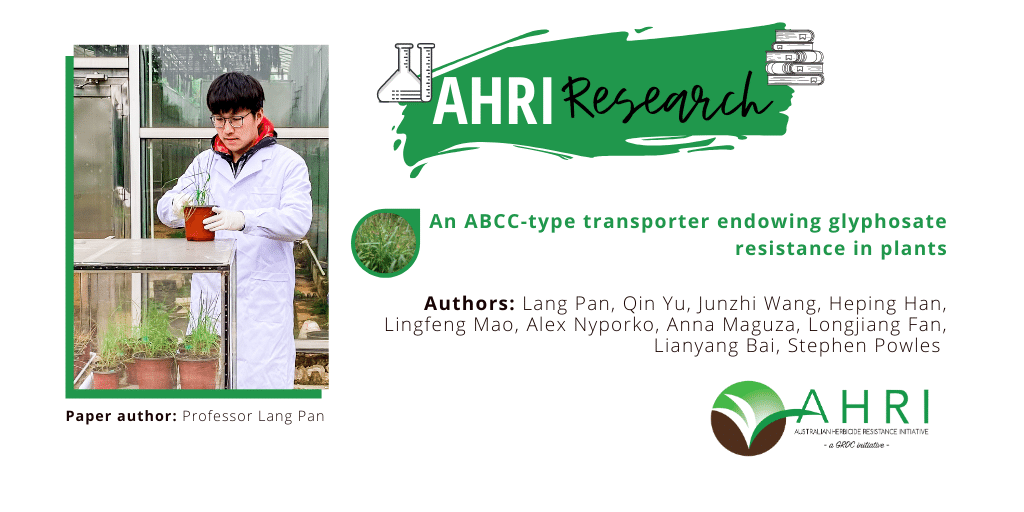 Specialists treating cancer patients have long known that some cancers can resist certain anti-cancer drugs by rapidly pumping drugs out of tumour cancer cells.  The anti-cancer drugs are pumped out before they have their toxic effect on cancer cells.  These cellular pumps are coded for by ABC transporter genes that are present in animals and plants.  The essential roles of these ABC transporter genes in humans are not fully understood and it is unfortunate that some of them can endow resistance to certain anti-cancer drugs, complicating cancer drug therapy.

The international team comprising researchers from the Australian Herbicide Resistance Initiative at the University of Western Australia, from Hunan Academy of Agricultural Science and Kiev, Ukraine definitively established that the ABC transporter gene endowed glyphosate resistance by expressing this gene in other plants.

This intriguing similarity of ABC transporter genes conferring human cancer resistance to anti-cancer drugs and conferring plants with herbicide resistance adds to the need for both new, smarter chemicals and for alternative technologies if we are to continue to successfully combat scourges such as cancers, weed and other pest infestations that humans battle against.

This research was made possible through GRDC investment.

Assessing the Capability and Potential of LiDAR for Weed Detection
Herbicide resistance management strategies: How do they compare with those for insecticides, fungicides and antibiotics?