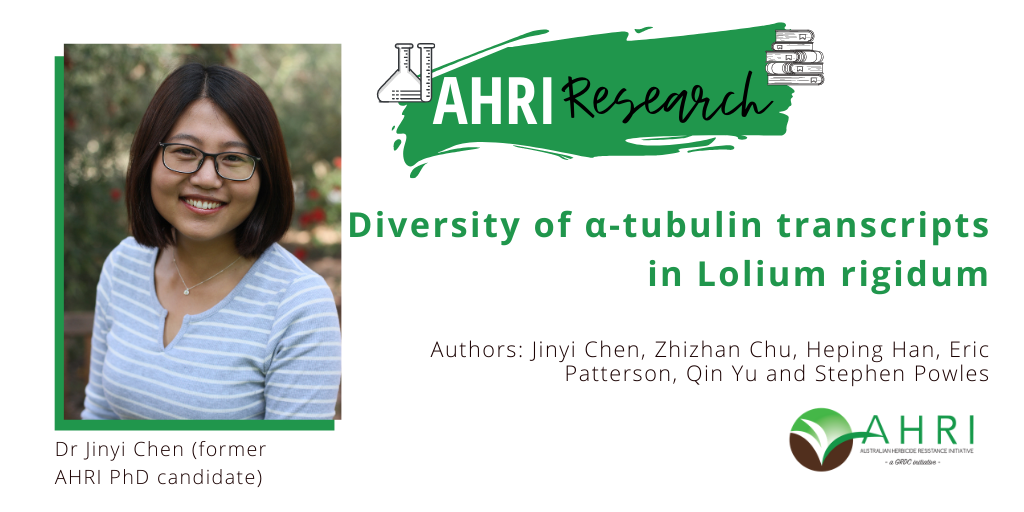 RESULTS: Four α-tubulin isoforms (TUA1, TUA2, TUA3 and TUA4) were identified in L. rigidum. Variations in the number and sequence of transcripts encoding these α-tubulin proteins were found in individuals from the two L. rigidum populations examined. Within and among populations, differences in the 50- and 30-untranslated regions of cDNA in TUA3 and TUA4 were identified. Furthermore, a novel double mutation, Arg-390-Cys+Asp-442-Glu, in the TUA3 transcript was identified and has the potential to confer dinitroaniline resistance.

CONCLUSION: This research reveals the complexity of the α-tubulin gene family in individuals/populations of the cross-pollinated weedy species L. rigidum, and highlights the need for better understanding of the molecular architecture of tubulin gene families for detecting resistance point mutations. Although TUA4 is a commonly expressed α-tubulin isoform containing most frequently reported resistance mutations, other mutant tubulin isoforms may also have a role in conferring dinitroaniline resistance.