This was in itself a major logistics task. AHRI purchased, with GRDC support, a John Deere combine grain harvester, which was transported across the nation from west to east at wheat harvest time.

Thousands of kilometres were traversed to conduct this research! In 24 locations on normal commercial farm fields across the vast grain belts of Western Australia, South Australia, Victoria and New South Wales at wheat harvest time, the harvest weed seed control (HWSC) techniques of narrow windrow with subsequent burn; chaff carts; and the Harrington Seed Destructor were compared.  We gratefully acknowledge the pivotal role and practical skills of Todd Stone in ensuring success during this mammoth trip and applied research effort. 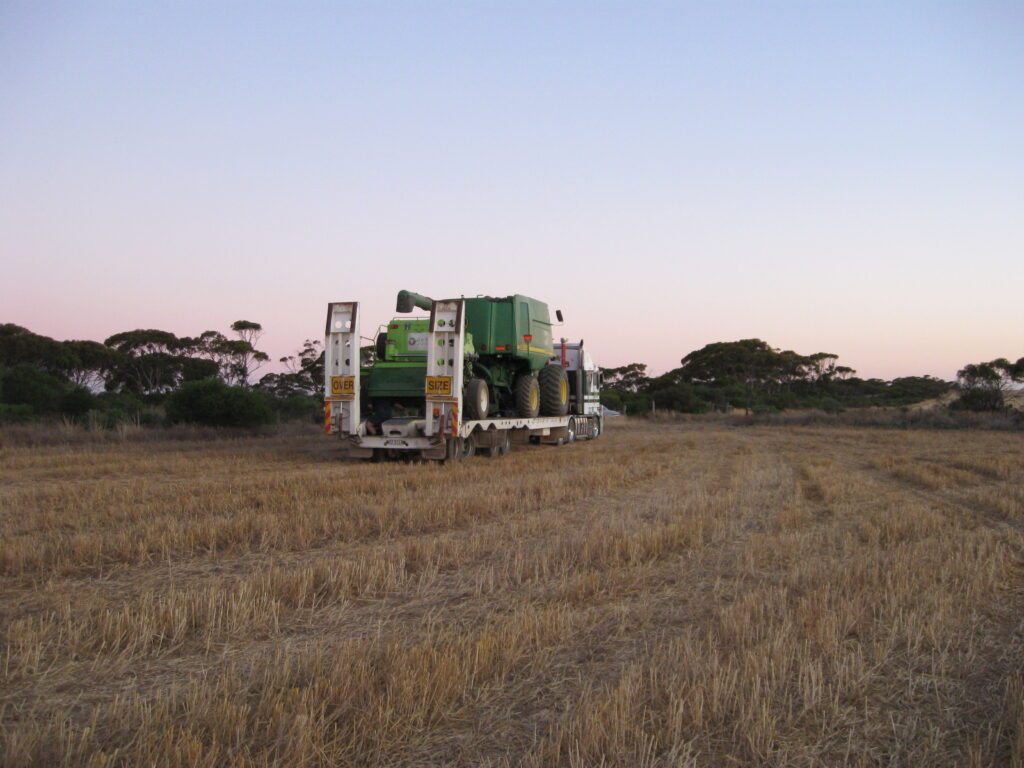 Earlier in the growing season all the normal commercial weed control practices occurred in these wheat crops, yet, as expected, there remained crop-infesting ryegrass (Lolium) plants (on average 10 plants m2) with the mature seed at the time of grain harvest. 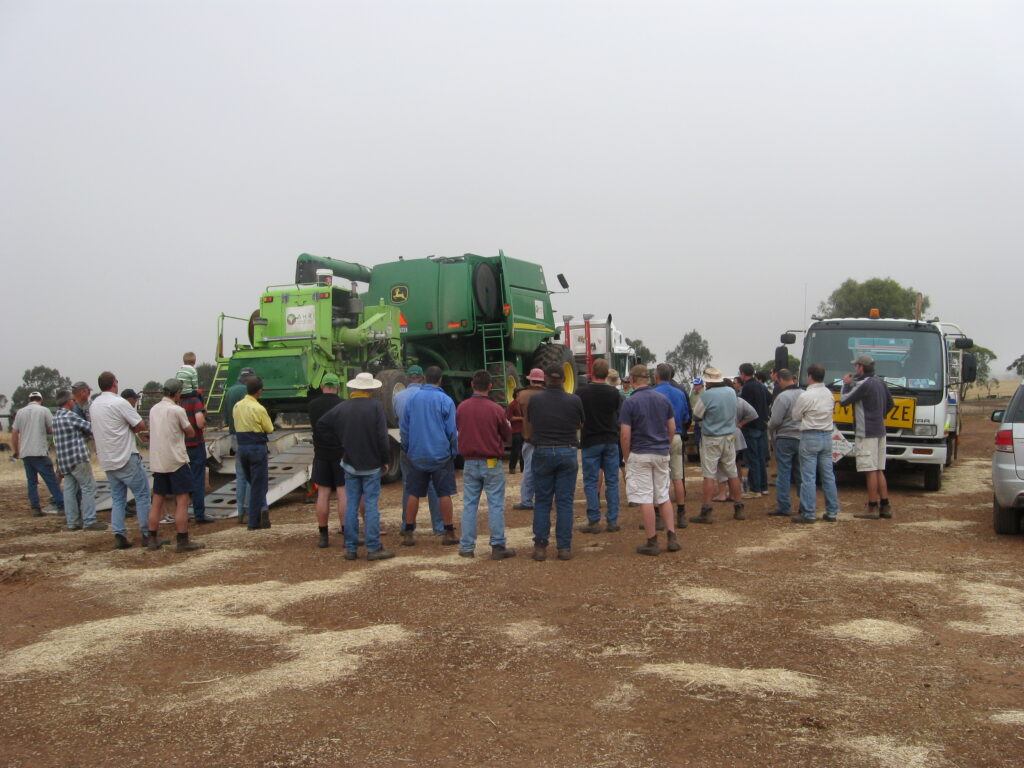 The key outcomes of this research were that all three HWSC techniques were equally effective in destroying ryegrass seed at or after grain harvest.

On average there was 60% less emergence of ryegrass in the subsequent growing season than occurred on the control plots.   Thus, HWSC is effective and these three techniques are approximately equally effective.

In AHRI we are very proud of the research conducted on harvest weed seed control techniques and through our research and communication/extension efforts, it’s satisfying to contribute to the adoption of HWSC that is occurring by Australian growers (and the commencement of HWSC in North America).