RIM is a computer-based decision support tool designed specifically for evaluating the profitability of strategic and tactical ryegrass management methods in dryland broadacre cropping dominated by winter cereals. The model integrates biological, agronomic and economic considerations in a dynamic and user-friendly framework, at paddock scale and on the long-term.

The user first customises a paddock profile, then builds a rotation and defines a management strategy. Rotation enterprises include wheat, barley, legumes and pastures, with over 40 field operations to choose from. Ryegrass control methods include chemical, mechanical and cultural options, as well as combinations. The software tracks the changes through time with regards to the ryegrass seed germination, seed production and competition with the crop. Long-term effects over several seasons are accounted for through the carryover of ryegrass seeds into the next step of the rotation.

Additional features include flexible settings for an easy customisation as well as the possibility to visually compare two different strategies or paddock profiles in terms of seed bank dynamics, ryegrass burden on yields, budget allocation for various weed control techniques, and overall profitability.

The 2013 version of the RIM model was developed by Myrtille Lacoste under the supervision of Stephen Powles from the Australian Herbicide Resistance Initiative (AHRI) with financial support of GRDC (Grains Research & Development Corporation, Australia).

The upgraded version was released at the Global Resistance Challenge conference in February 2013.

RIM 2013 results from the revision, redesign and restructuring of RIM 2004.

The developers of RIM 2004 include David Pannell, Anne Bennett, Vanessa Stewart, Carmel Schmidt, Marta Monjardino and Stephen Powles. The model was developed with funding from the GRDC. A RIM workshop package was developed by Rick Llewellyn, Alister Draper, and Marc Cartwright of the Australian Herbicide Resistance Initiative (AHRI), and the School of School of Agricultural and Resource Economics
(UWA), in conjunction with the Department of Agriculture, Western Australia. A good on-line source of information is David Pannell’s RIM website. The original RIM version and supporting documents are available from AHRI.

Additional versions were developed based on the original RIM for poppies in winter cereals (PIM, contact: Joel Torras) and rice in the Philippines (PhilRIM, contact: Jesusa Beltran). RIM also served as a basis for other models including LUSO, PERTH and the Weed Seed Wizard (contact: Michael Renton). 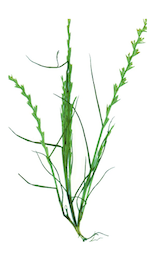