You are here: Australian Herbicide Resistance Initiative › Research › RIM: Ryegrass Integrated Management › RIM runs › Have your cake and eat it – do we need a chemical fallow?

Have your cake and eat it. After all, what is the point of cake if you don’t eat it!

Do we need chemical fallow in the rotation to smash the ryegrass seed bank? This was the question posed by a Western Australian agronomist this week. 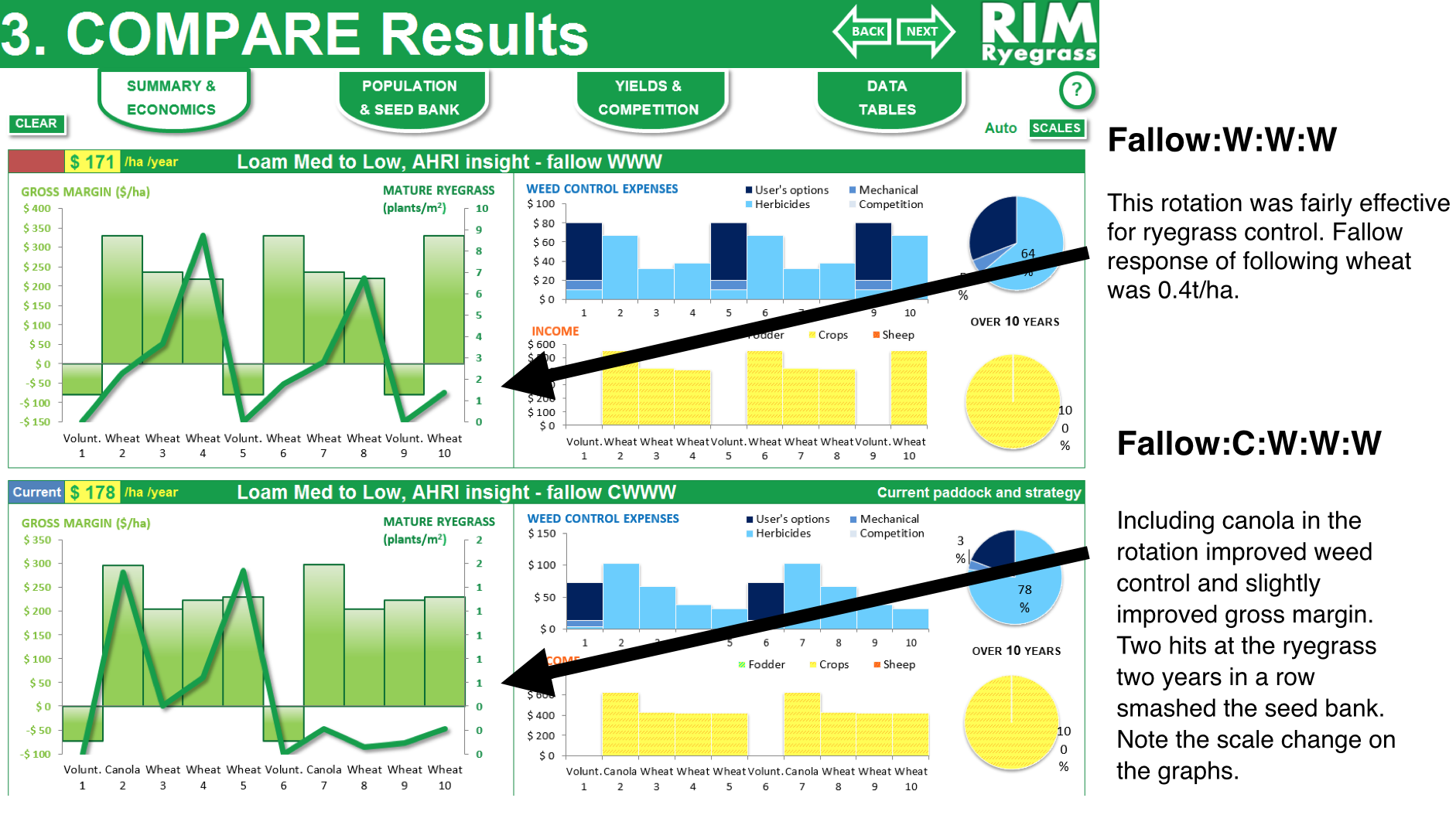 What happens if we remove chemical fallow from the rotation? 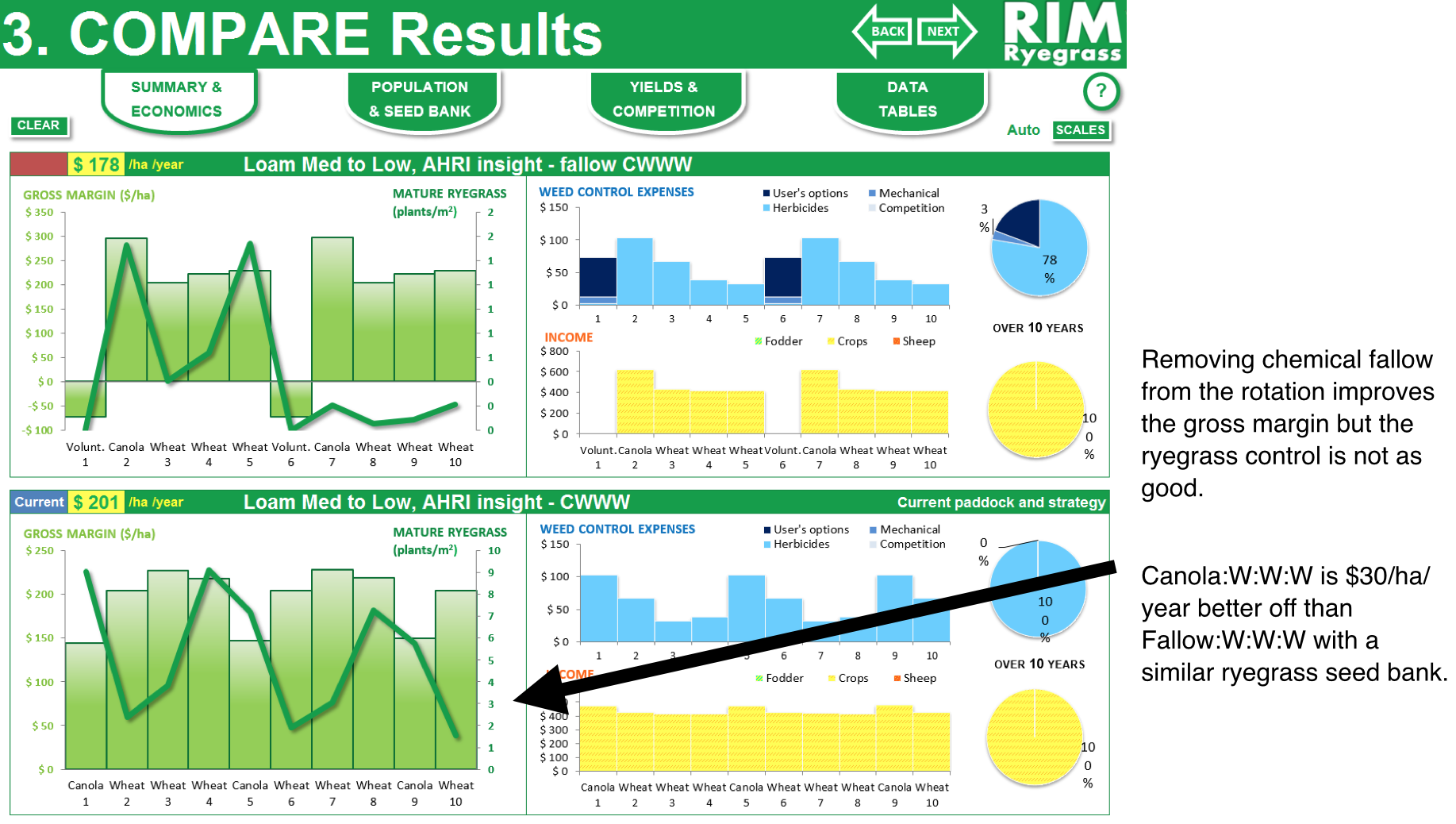 Can we have our cake and eat it? Can we achieve a high gross margin and a low ryegrass seed bank? 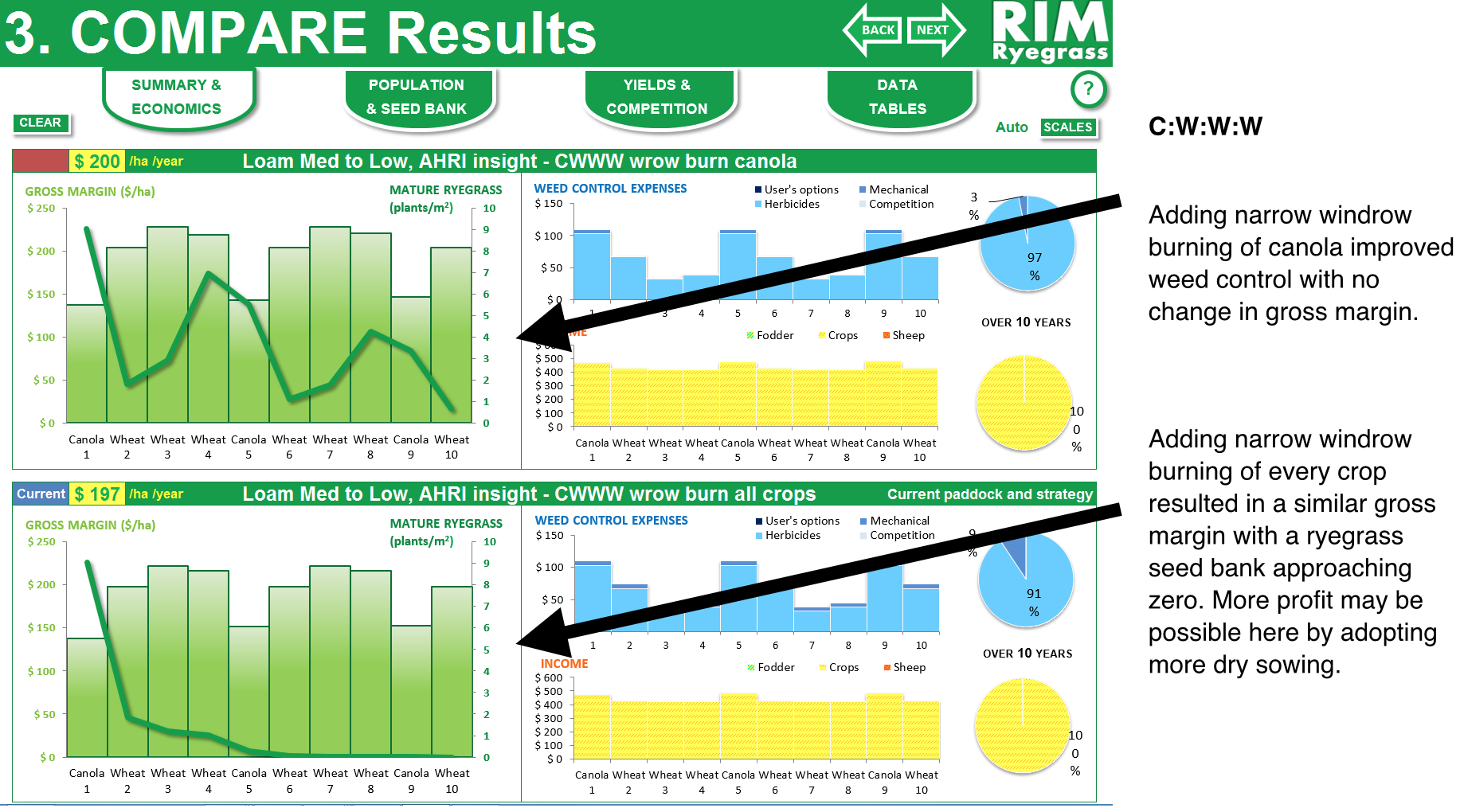 The best application of RIM is to work out how to have your cake and eat it. In other words, how can we maximise profit while minimising weeds. This scenario showed that it is possible to maintain continuous crop and manage weeds.

The profitability of these rotations depends on the wheat yield response to fallow and the ability to grow 0.9t/ha average canola yield in this area. Growers in lower rainfall areas may be more inclined to use chemical fallow as a tool and growers in medium rainfall may be better off with canola in a continuous crop rotation.

Keep in mind that these scenarios assume no herbicide resistance. Glyphosate resistance would be a disaster for these rotations. 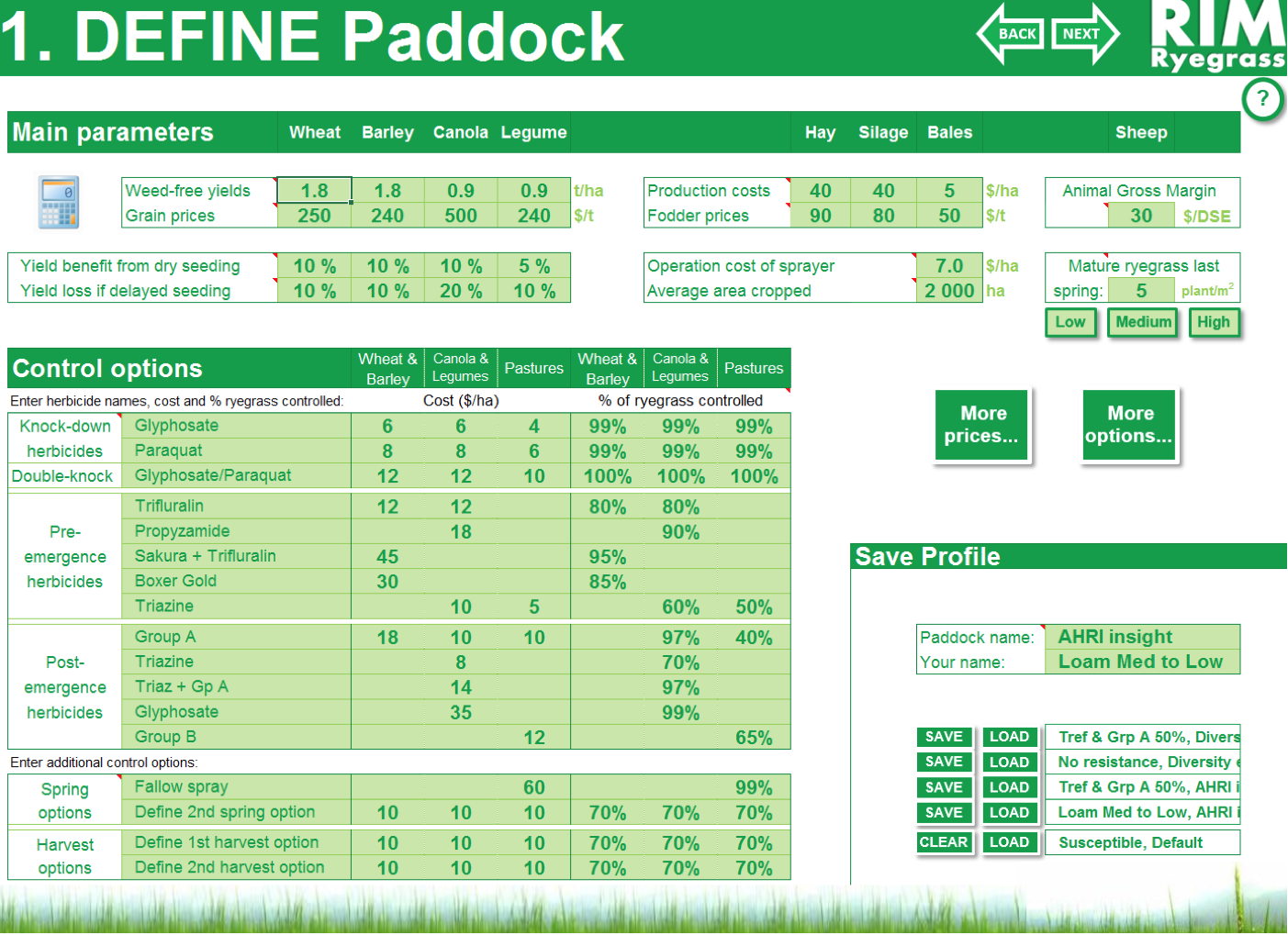