This rotation was suggested by agronomist Paul Lavis from Corowa in southern NSW. Growers in this area are successfully managing ryegrass by hitting the seed bank hard for three years with RR Canola : Barley (crop topped) : RR Canola then reverting to the Canola : Wheat : Wheat rotation. Paul says that it works well but he is very concerned about the pressure on glyphosate with this strategy, and rightfully so. So the question, can we add enough weed control to look after glyphosate?

The first thing to notice is that there is money to be made with high yielding crops. Naturally, with gross margins like this, these growers are keen to keep the paddock in crop. 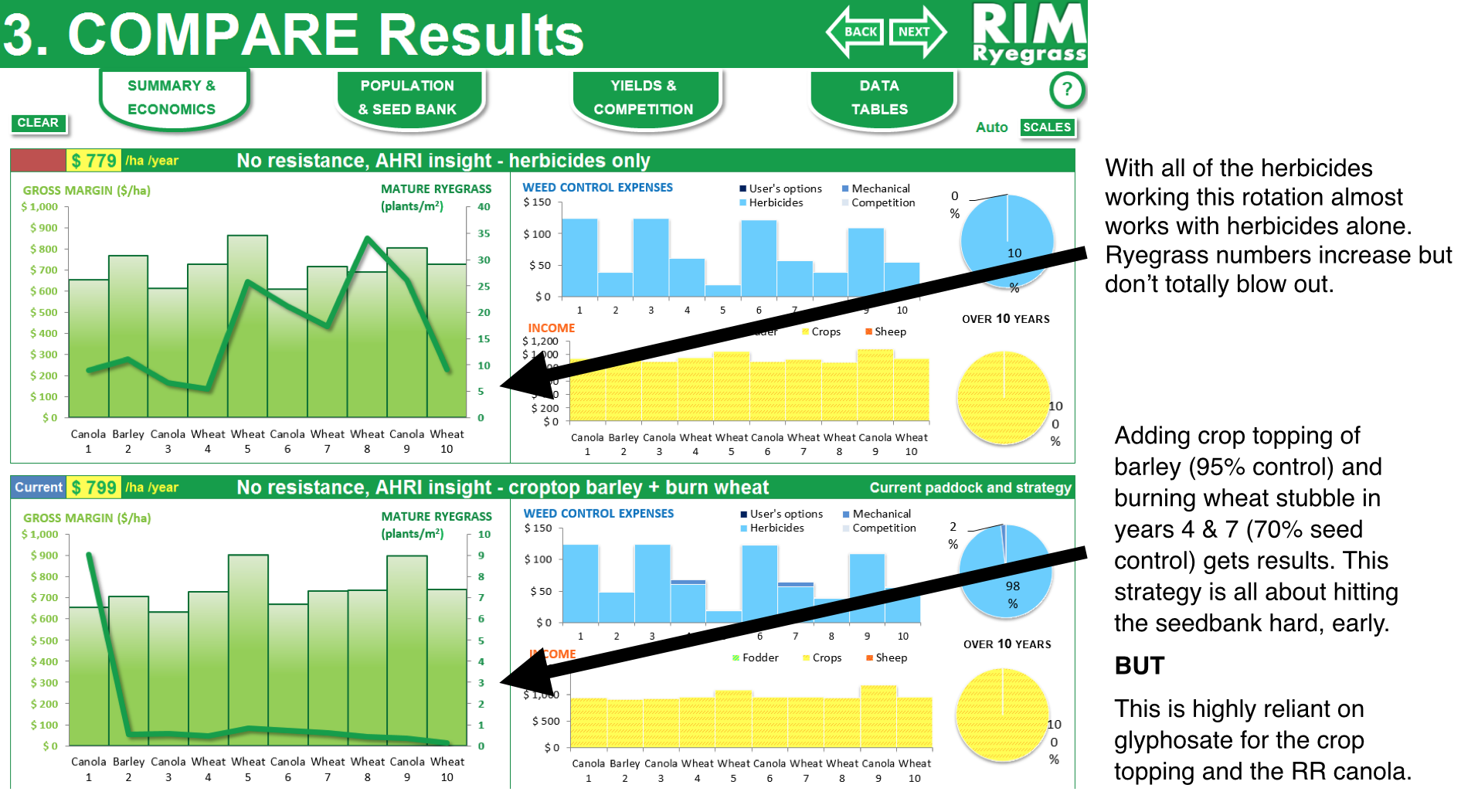 Can we add anything to make this rotation more sustainable and minimise the risk of destroying glyphosate? 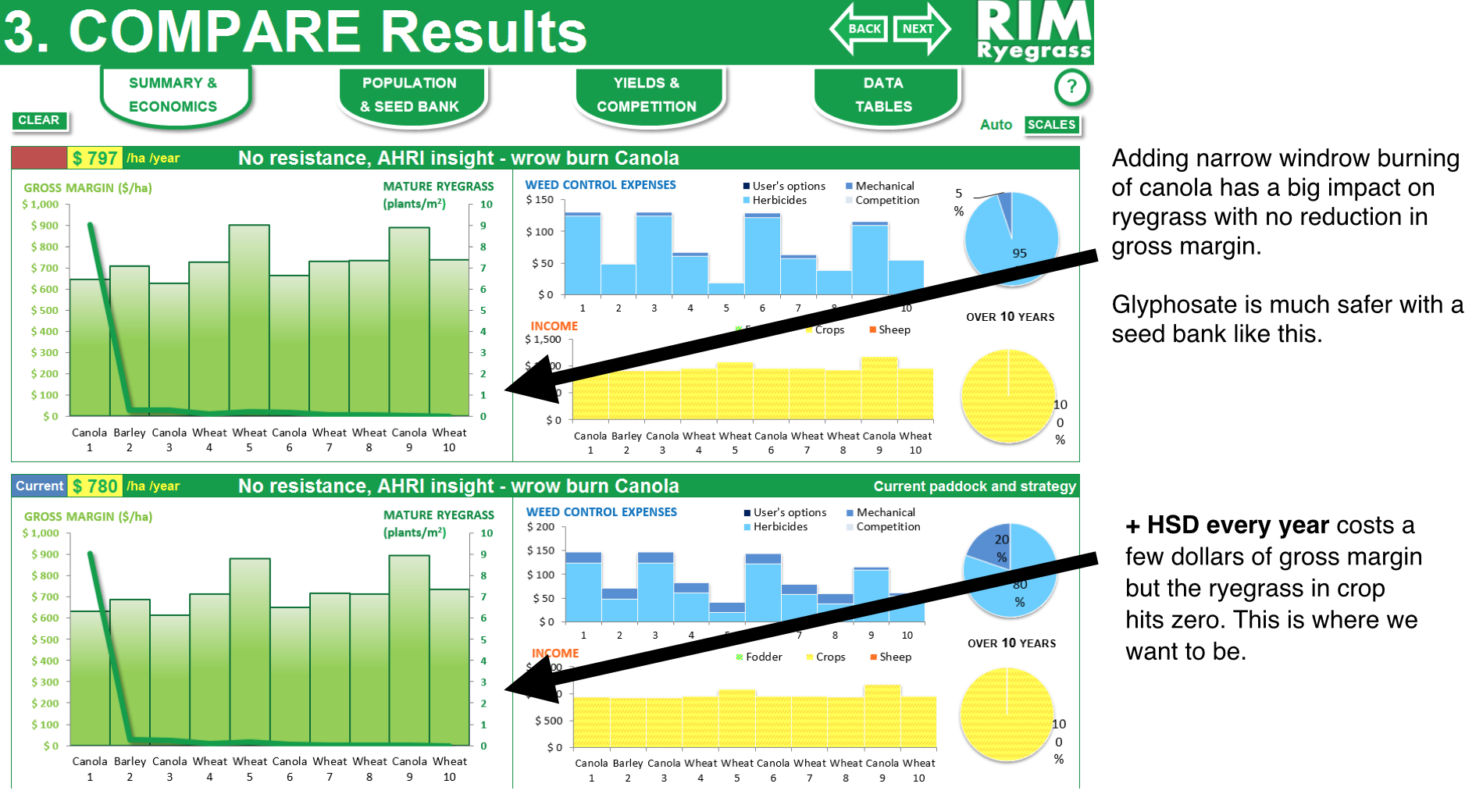 The strategy used by NSW grain growers will work in the short term and make plenty of money but it is sure to break glyphosate. The RIM runs that we have done show how we can add more weed management to a rotation to get the seed bank to zero, but there is still a lot of glyphosate in the system. An even better system would involve less glyphosate and a seed bank of zero, perhaps this could be fodder for future RIM runs.