Mixed farms with a pasture phase generally don’t want to eradicate ryegrass, they want to manage it. They want low ryegrass numbers in crop and some ryegrass in their pasture phase. Most growers in the Darkan, Western Australia are keen to keep their pasture rotation, but they are having trouble with Select® resistant ryegrass and they are worried if they simply switch to Roundup Ready® canola they may quickly break Roundup® as well. This RIM run was suggested by Darkan consultant Andrew Ritchie and will feature in an upcoming RIM workshop in the area.

Let’s set it up

We are looking to answer the question, how can we manage the ryegrass seed bank and minimise Select® and Roundup® resistance? 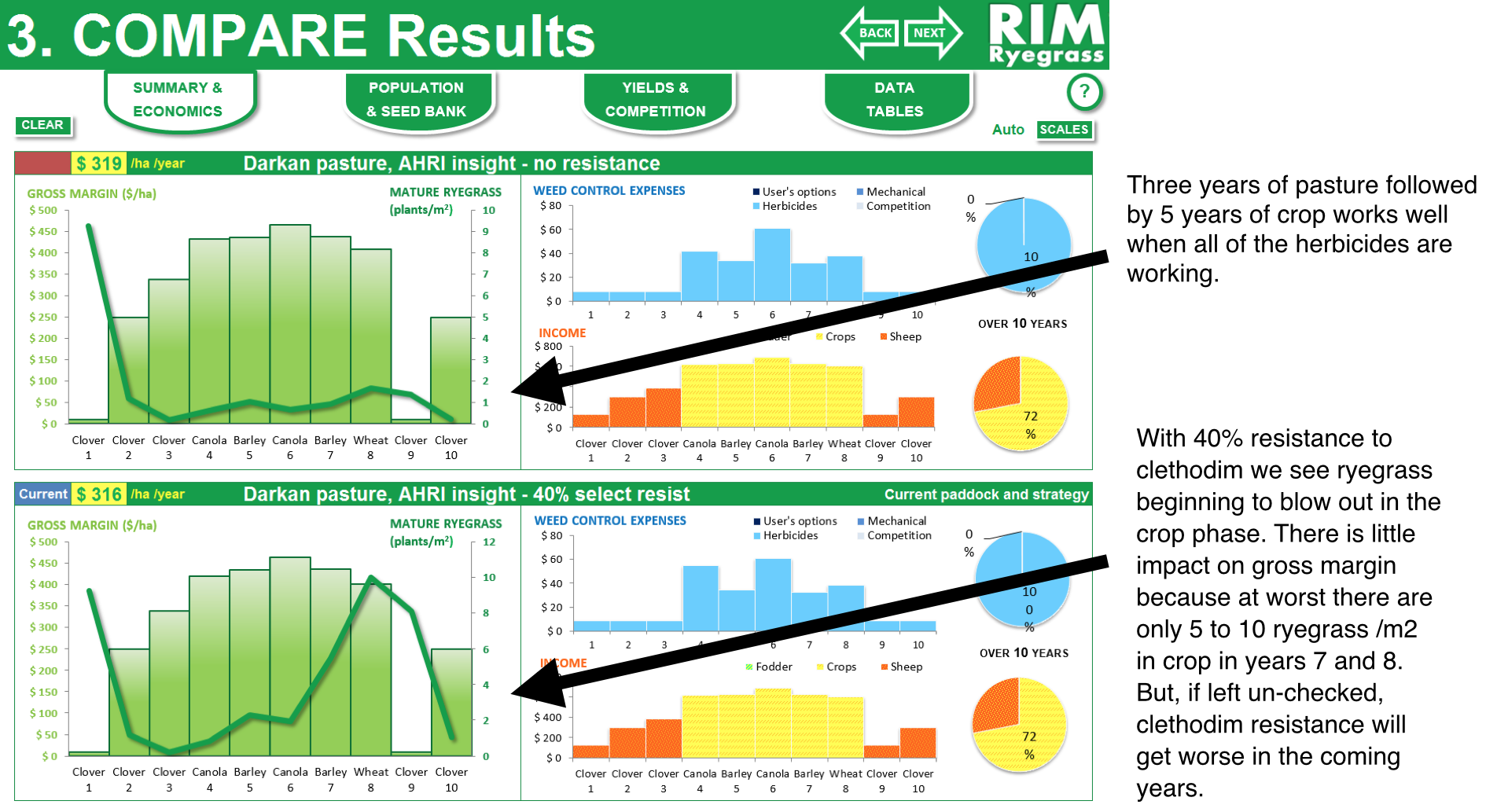 No pre-em herbicide in last crop 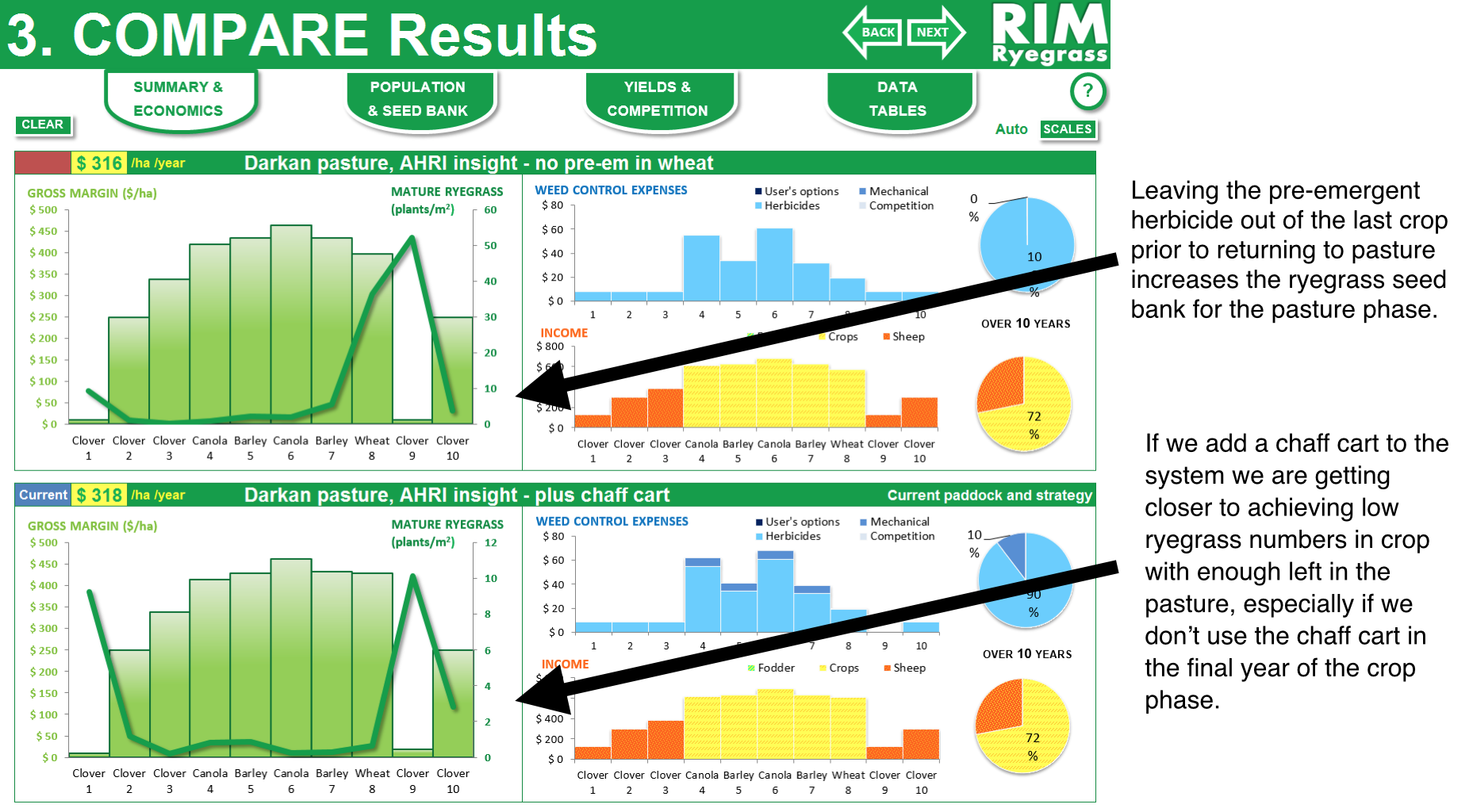 No clethodim vs. switching to RR canola 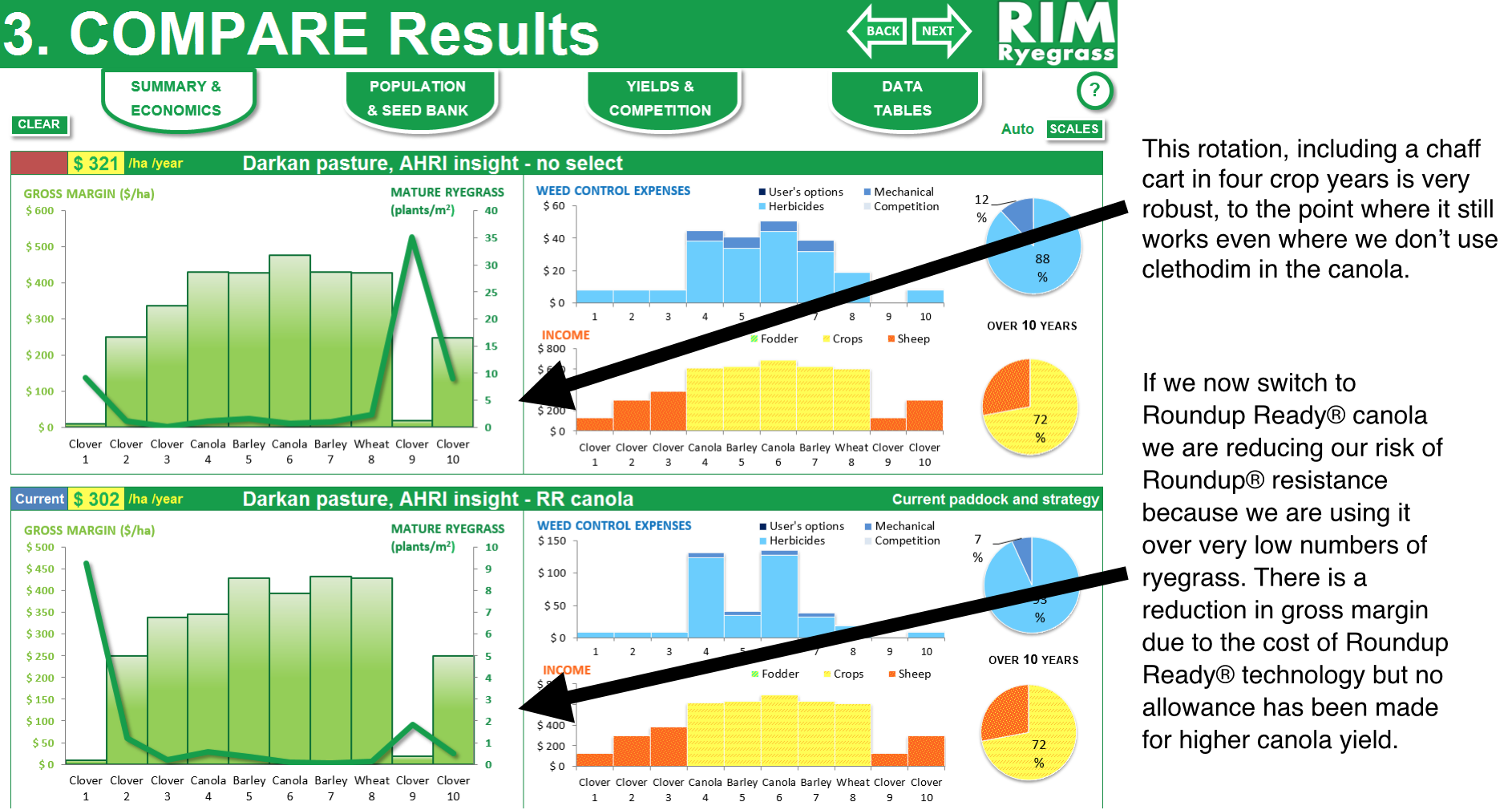 Chaff carts are very compatible with mixed farming situations. The chaff dumps provide an excellent source of sheep feed over summer and into the autumn feed gap (these benefits have not been taken into account for the RIM runs above). They are one of the rare practices that are good for the sheep and good for the crop. We can manipulate the use of the chaff cart and herbicides to manage our ryegrass seed bank depending on what phase of the rotation we are in. This gives us the ability to have low ryegrass numbers in crop which limits the evolution of resistance, and adequate ryegrass numbers in our pasture.

These RIM runs show the benefit of one of the oldest forms of resistant weed management – the pasture phase. Running a seed bank down with a pasture phase followed by a phase of crop is a tried and tested formula for success.