This week’s RIM run was suggested by grain grower Bob Nixon in the low rainfall zone of Western Australia. He uses double stacked canola rotations to hit ryegrass hard then grows as many consecutive cereals as he can before rotating back to canola. He wanted to know how many cereal crops he could grow before ryegrass numbers blow out.

Note: RIM wasn’t happy with the double stacked canola (due to disease risk) so we had to fudge it by using a legume:canola rotation. Legume was the same price as canola with the same herbicides. What happens if we do more windrow burning or use another form of harvest weed seed control such as a chaff cart every year? What about if we reduce the length of the rotation? 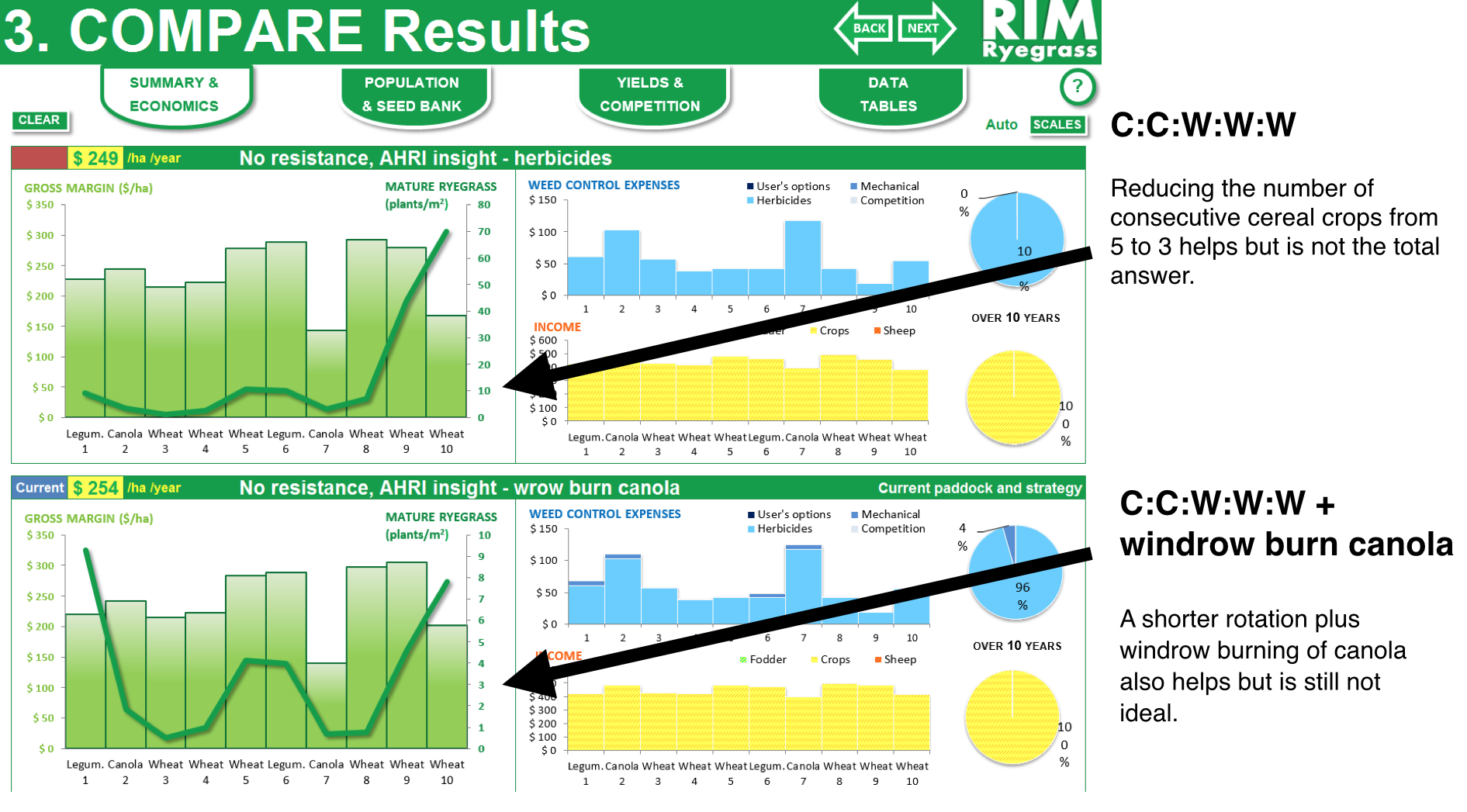 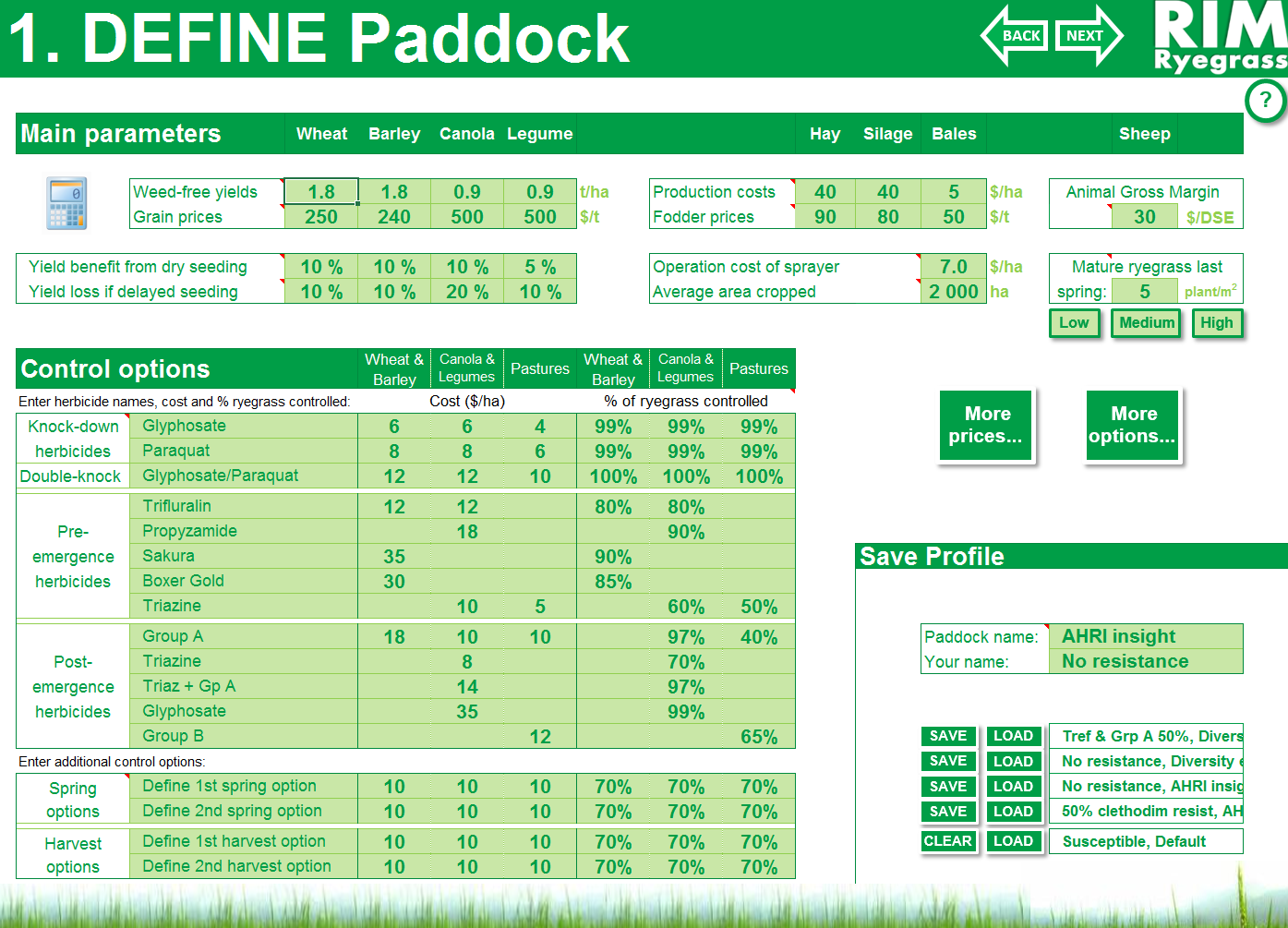