The first brome grass survey was conducted in 2010 to determine the frequency and extent of herbicide resistance in the WA grain belt.

The graph below provides a summary of the herbicide resistance status of brome grass for the herbicides listed. For detailed survey information on individual cropping zones, please click here. 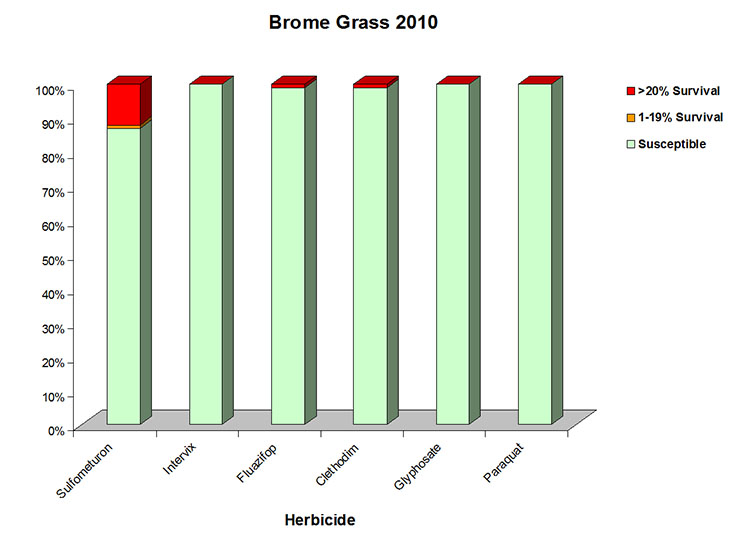 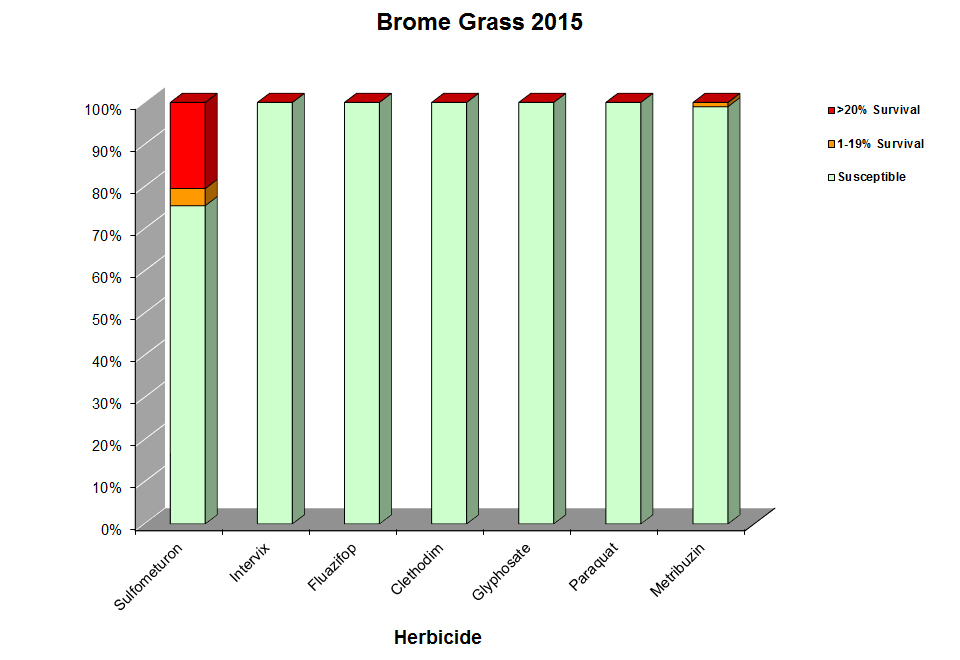 The first survey to assess the frequency of herbicide resistance in brome grass was conducted in 2010, with samples screened during 2012.

Analysis of 91 brome grass samples collected randomly from 466 paddocks across the State during this survey has confirmed a small percentage of populations showing resistance to Group B sulfonylurea (SU) herbicides,

A total of 97 brome grass samples were collected randomly from 509 paddocks across the State. These populations were screened with fluazifop, clethodim, sulfosulfuron, intervix ®, metribuzin, paraquat and glyphosate.

Herbicide rates used during resistance testing for samples collected during the 2010 survey.

Note that brome was tested with both Monza® (sulfosulfuron) and Oust® (sulfometuron). If brome was resistant to Oust®, it was also resistant to Monza®, however Oust® allowed for better discrimination between resistant and susceptible plants.