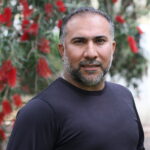 Ever tried walking out onto a 10-pin bowling alley? It’s generally not pretty, often resulting in a rapid and undignified descent to ground level…But that’s just what we need to get pre-emergent herbicides to slide off stubble and into the soil, which can be difficult in higher residue systems. Rainfall is obviously a key driver in leaching herbicides from stubble before they dissipate, but as we all know rain can be an unpredictable beast. Fortunately, research has shown that some pre-emergent herbicides require far less rainfall to move off stubble and into the soil where they can control germinating weeds.