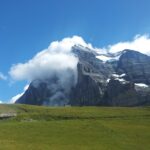 The mile of vertical limestone and ice that makes up the north face of the Eiger is the ultimate challenge for many mountain climbers, not necessarily due to its complexity, but because of the commitment. Once embarked on the ascent, that’s it, there is no turning back. Mountain climbers are a little different to most – they love to choose the most difficult path.

AHRI researchers Qin Yu and Stephen Powles recently wrote a review paper on the current state of knowledge of metabolism-based herbicide resistance. The review found that metabolic resistance (enhanced rate of herbicide metabolism) is very common, causing resistance across multiple herbicide groups and even to new herbicides. This is a major threat to global food production and is a reminder that there is more to managing resistant weeds than merely rotating herbicides.

The world’s weed researchers are metaphorically tackling the north face of the Eiger, to better understand metabolic resistance, not simply because it is there, but because it is really important.

How is it that herbicides applied decades ago can lead to resistance in new herbicides now?

How common is metabolism based resistance?

Very common.  Drs Qin Yu and Heping Han from AHRI took 33 populations of ryegrass from the Western Australian wheatbelt that were known to be Hoegrass® (diclofop) resistant.  91% of these populations were found to contain target site mutation(s), 80% showed metabolic resistance, and 70% had both.

Given that 96% of ryegrass populations in Western Australia are resistant to Hoegrass®, we can assume that the majority of this ryegrass has some level of metabolic resistance. 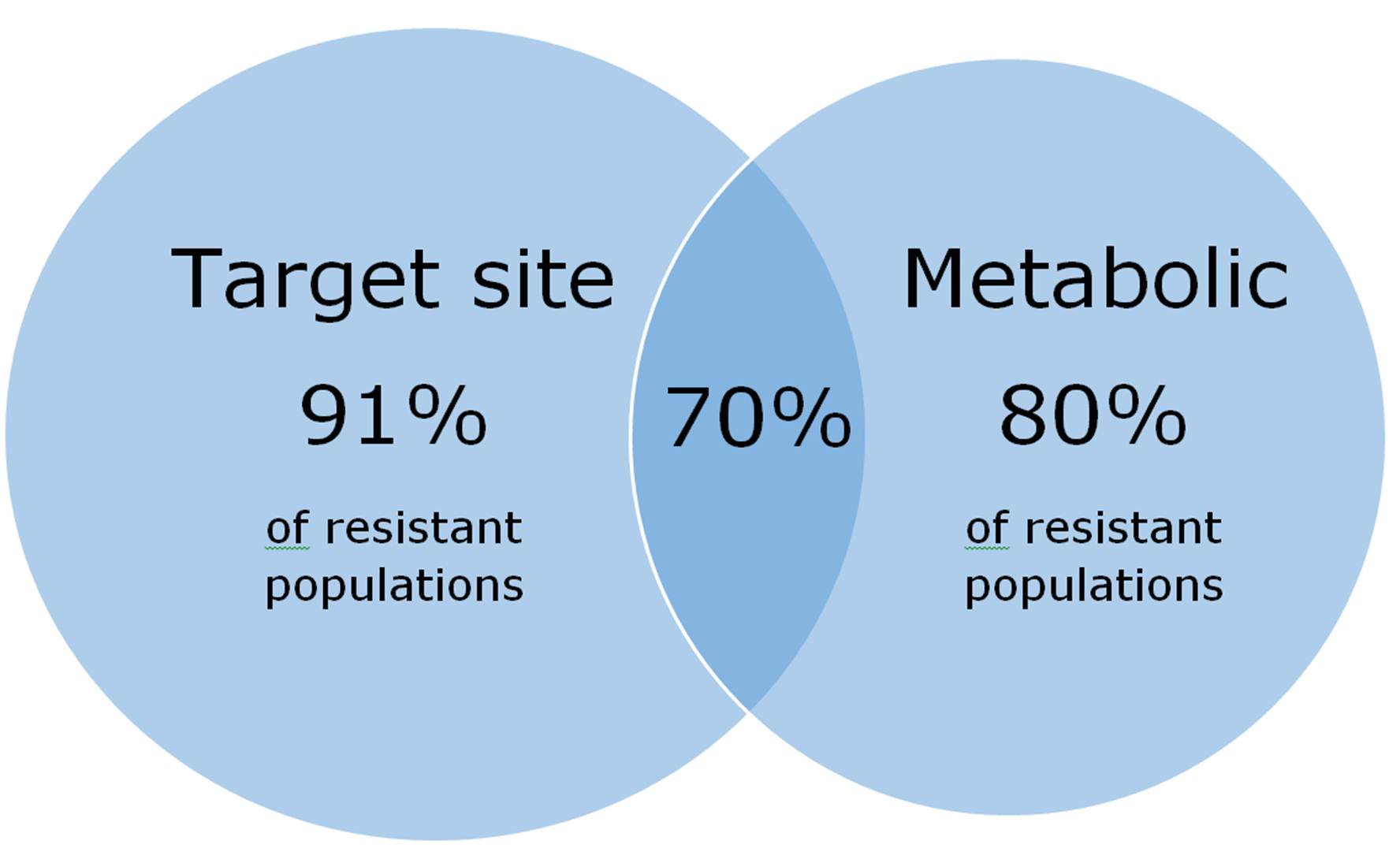 A study by Bayer Crop Science in Germany found similar results. They studied over 300 populations of annual ryegrass from France and found metabolic resistance in 72% of them.

Why should we care about metabolic resistance if it only gives low to moderate resistance levels?

Metabolic resistance causes cross-resistance over several herbicide groups. Herbicides applied decades ago can be the trigger to resistance to new herbicides, limiting their useful life span.

Many Australian agronomists and grain growers have seen Prof. Steve Powles explain metabolic resistance armed with a baseball glove and a pink baseball bat with P450 written on it (if not, you’ll be able to watch it in our new Diversity Era online course, Target-Site Resistance 101 – launching soon). As an audience member throws a ball (herbicide) at Steve’s baseball glove (target site) he attempts to hit it away with his bat (P450 enzyme). Steve is demonstrating that P450 enzymes cause resistance by stopping the herbicide from reaching the target site. He then goes on to explain that the P450 baseball bat can give resistance to unrelated herbicides from different groups.

The classic example of this was played out in the early days of herbicide resistance research. Dr Ian Heap documented a case in 1986 where ryegrass that had been sprayed for several years with Hoegrass® (diclofop) was already resistant to Glean® (ALS herbicide) the first time it was used. Tcross-resistanceance was caused by the ryegrass plants evolving to have high levels of P450 (and other) enzymes that degrade herbicides before they can reach the target site. This is the same mechanism that a wheat plant uses to tolerate Group A (ACCase) herbicides such as Hoegrass®.

Fortunately there are few examples of this level of cross resistance. However, given that we now know that the majority of our ryegrass in Australia has enhanced capacity for herbicide metabolism, what does this mean for the future?

Metabolic resistance is not unique to ryegrass, and has been observed in a number of grass and broadleaf species.

The P450 enzyme is not the only culprit in metabolic resistance. There are three main players that we know of, P450, GST and GT. They sound like makes of car!

This is yet another reminder that herbicides are not the answer to herbicide resistance. The solutions will include herbicides but must also include non-herbicide tools.

Fortunately studying metabolic resistance is not as dangerous as climbing the north face of the Eiger, but for our international scientists it is just as rewarding. That’s why we love them, it takes all kinds!

And finally, check out the Top 5 editions of AHRI insight for 2014: