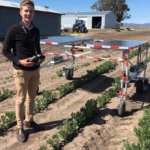 Well, that’s the case when it comes to controlling weeds.

An epic effort to review 170 papers by a team from the University of Sydney (Guy Coleman et al) has shown that mechanical weed control options (eg. tillage) can use significantly less energy than thermal options (eg. heat) to kill weeds. Herbicide energy use sits somewhere in the middle.

Basically, they’re tools that use heating or freezing to rupture plant cells, which can result in plant death. Lasers, flaming, steam and microwaves are a few examples of thermal weed control, and they’ve been creating a bit of a stir amongst the ag community lately. Not only do they offer an alternative to herbicides, but just as importantly they offer an alternative to tillage – a word that can send shivers up the spine of many a committed no-till farmer!

There is one slight hurdle for thermal weed control though, in that it has significantly higher energy requirements…microwave technology to control weeds uses an average 23500 MJ/ha compared with 192 MJ for herbicides and just 15 MJ for a set of sweeps!

Before we all throw our hands up in the air, the review also found that when thermal weed control options are applied using site-specific technology, eg. similar to that used for ‘green on brown’ weed control in fallows, energy requirements are reduced by 99%. Thermal options suddenly look much more feasible for broadacre cropping! 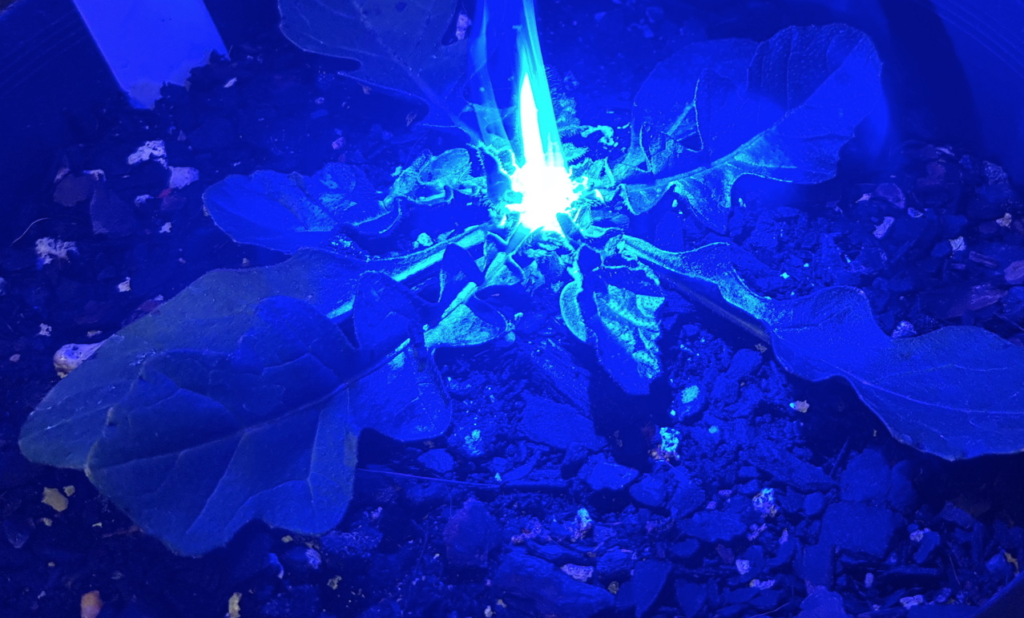 So why compare energy?

Every weed control option, be it mechanical, thermal or herbicide, requires energy for both its production (eg. steel, chemical) and its application (eg. draft force, power take-off, fuel). In the case of site-specific weed control, there are also significant energy requirements for real-time image collection and computer processing.

By calculating the total energy requirements to control a given weed population, the University of Sydney team has been able to compare the energy use between a range of alternative weed control options. This provides an indicative comparison of weed control costs for both broadcast (Fig 1) and site-specific (Fig. 2) applications, including their viability for broadacre cropping systems. 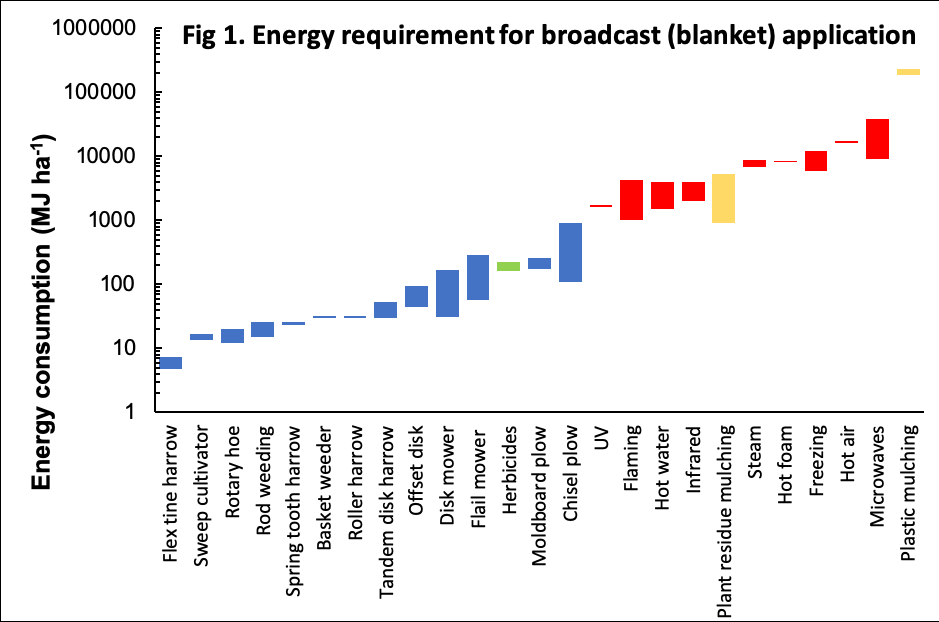 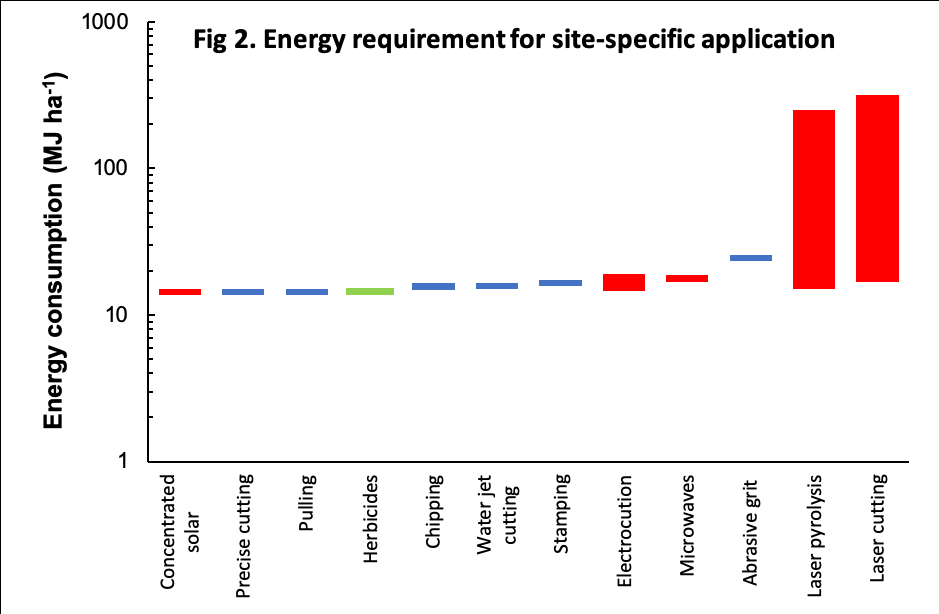 The low energy use of tillage-based weed control means it may still have a role in broadacre cropping as a strategic tool for specific weed species. However thermal weed control options are obviously better suited to no-till farming systems and it now seems they have significant potential in site-specific application. Imagine having an autonomous, optical weed steamer?

The key to this alternative weed control utopia is accurate and consistent weed recognition, something which is currently a limiting factor. But it’s a fast-moving space and as processing speeds and detection accuracies increase, it’s one that will have a significant impact on broadacre weed management.

So yes, thermal weed control is definitely much more than just hot air.

Keep mixing herbicides
No knockdown, no worries, if…