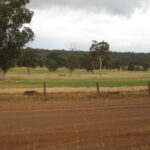 Most of us don’t pour Grange Hermitage red into our lamb shank casserole. And many of us don’t waste the good beer on the visitors (did you know that VB stands for visitors beer?). But most Australian grain growers are wasting the world’s greatest herbicide on the least productive part of the farm.

Are we destroying the world’s greatest herbicide for the sake of a clean fence or road verge? Perhaps we should make a pact to never spray glyphosate on a fenceline ever again.

During the focus session we learnt about the scale of the glyphosate resistance problem, how weeds resist glyphosate and we discussed some of our management options.

Last year, the corridors of AHRI were buzzing on a particular day as the news of glyphosate resistance trickled in. All of the bad news seemed to come at once:

At this point, Dr Michael Walsh from AHRI said ‘we need to have a glyphosate intervention!’.  Naturally, we pictured something from an American movie where a person’s loved ones gathered around them to tell them that they are drinking too much…

The next best thing to the American movie style intervention was a two hour focus session on glyphosate at the recent Perth Agribusiness Crop Updates.

The focus session began with a quick survey using Keepads. This ask-the-audience technology is great, allowing the audience to anonymously respond to questions. Hence the black underpants.

53% of the audience had witnessed glyphosate resistance in the field first hand. 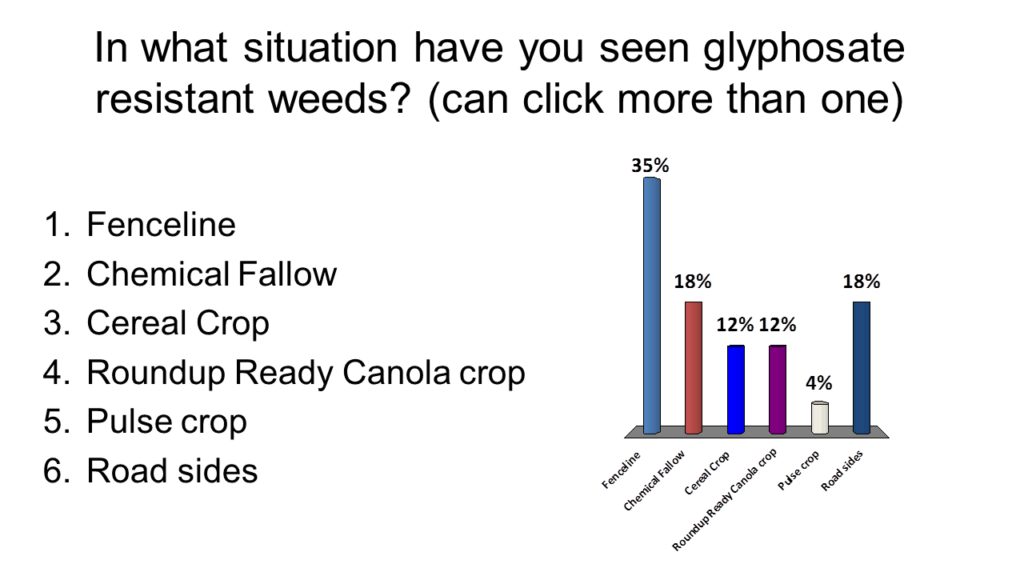 What do these areas have in common? They are all non-crop areas.

The focus session brought together six presenters who all had a story to tell about glyphosate resistance.

Chris Reichstein – Grain grower, Esperance – In 2009 he bought a farm and later discovered it contained glyphosate resistant ryegrass. Chris took an aggressive approach using windrow burning, chaff cart, herbicide rotation, crop competition, double cropping of broadleaf crops,, and stopping seed set at every opportunity. He has beaten ryegrass on this property and is now so confident that he has bought more land with confirmed glyphosate resistant ryegrass.

Andrew Storrie – Agronomo / Glyphosate Sustainability Working Group. There are ten weed species with confirmed glyphosate resistance in Australia. Three of these were discovered in 2014. 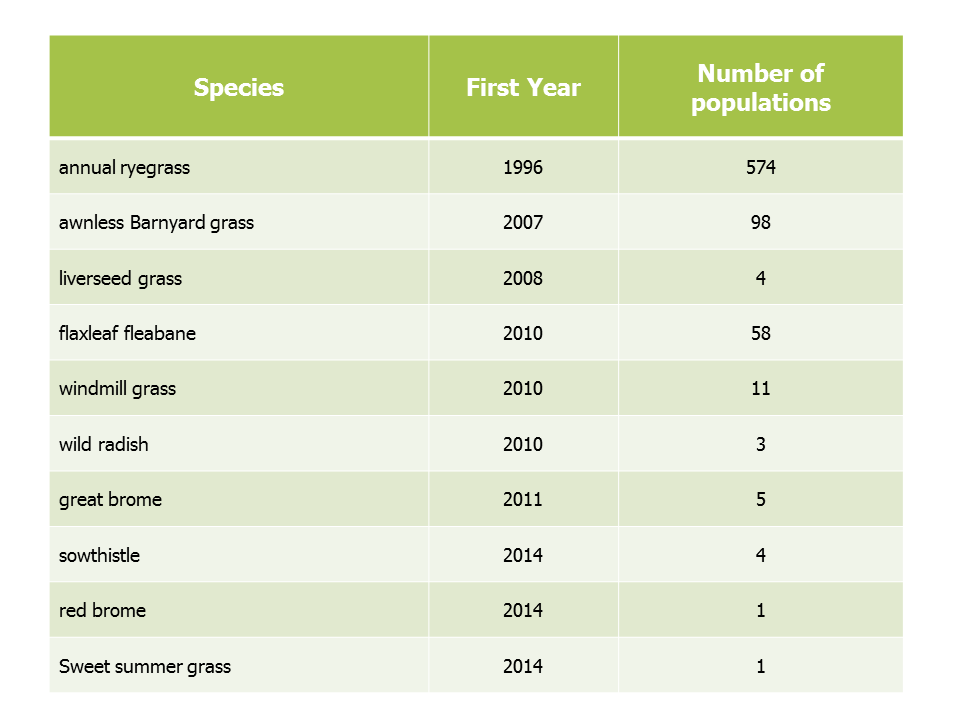 Prof Steve Powles – Director of AHRI – There are several mechanisms of glyphosate resistance. These were acted out on stage in an interpretive dance with Peter Newman. The main mechanisms are target site mutation, gene amplification, reduced translocation / vacuole sequestration, and hypersensitive source leaf. Individually, most mechanisms give relatively low resistance level, however, high level resistance is achieved by individual plants having multiple mechanisms. The combination of the 102 & 106 target site mutation gives up to 160 fold resistance.

The only way to preserve glyphosate is with diversity. When on a good thing, don’t stick to it!

Dr Sally Peltzer – Department of Agriculture and Food – A GRDC funded project has identified some new herbicides for weed control on fencelines. The most promising herbicide is bromacil giving residual control of many weed species. Bromacil is an old herbicide that was recently registered in Australia for use in fencelines. It is relatively expensive and can damage trees, however, it gives outstanding weed control and the cost is acceptable given the relatively small area of fenceline spraying. One option is to simply use a residual herbicide such as bromacil in a narrow band directly under the fence and then use mechanical weed control such as cultivation, hay cutting or slashing for the fire break. This research also demonstrated that early spraying is necessary with a follow up spray / mechanical weed control if necessary. Don’t wait until spring to start controlling weeds on fencelines.

Should we ban the use of glyphosate on fencelines and road verges?

It seems absolutely crazy that we are evolving resistance to the world’s greatest ever herbicide in areas where we have other options. Sure, glyphosate is the easiest option, and the other techniques may be harder and / or more expensive. But is it worth putting in the extra effort and cost to preserve glyphosate? We believe so.

The fenceline is a great place for a glyphosate resistant weed. All of the susceptible weeds around it die, there is no competition from the crop, and the weed is left with bucket loads of moisture, nutrients, sunlight and space to grow. Perfect!

At the moment it seems that the main technique for fenceline weed control in Australia is to give an old man an old fire break spray ute and send him out spraying glyphosate for a couple of weeks in spring! This is easy, but it is going to break glyphosate if it hasn’t already.

There are alternatives. Crop to the fence and cut hay. Slash plus spray. Cultivate. Knife roll. Do anything you like, just don’t let anything set seed.

Some of these options are harder, more time consuming and possibly more expensive, but there are options. Look on the bright side, imagine how long you could keep the old man busy for with some of the alternatives!

Don’t waste expensive red wine in cooking, don’t waste good beer on the visitors, and whatever you do, don’t break the world’s greatest ever herbicide for the sake of a clean fenceline. Glyphosate is a precious resource, we should treat it like one.

And now, watch Pete Newman rock the stage with The Glyphosate Song. We seriously considered starting the hashtag #peteforeurovision but Guy Sebastian has beaten him to it!

Thanks to Andrew Storrie (@AgronomoOz) and Nathan Dovey (@dovey_nathan) for providing extra evidence!