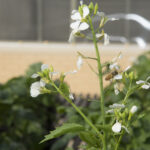 When does a wild radish seed become a viable seed, after which time spraying with a crop topping herbicide becomes futile?

We know that for grass weeds we need to crop top or spray top sometime between flowering and milky dough of the grass seed (depending on the herbicide) to achieve high levels of control, but this timing is not well understood for broadleaf weeds such as wild radish.

In the early 2000’s, Dr Aik Cheam from DAFWA did a great job of describing the critical wild radish pod stages, and then followed up with some crop topping trials to measure the efficacy of herbicides sprayed at the various stages.

You’ll need a long thumbnail or a sharp pocket knife at the ready to get to know what your wild radish seed is up to. In a nutshell, if the wild radish seed has a dark green embryo present it is very hard to render this seed unviable with any of the well-known crop topping herbicides.

For diagrams describing the wild radish pod stages and some crop topping data, read more below. 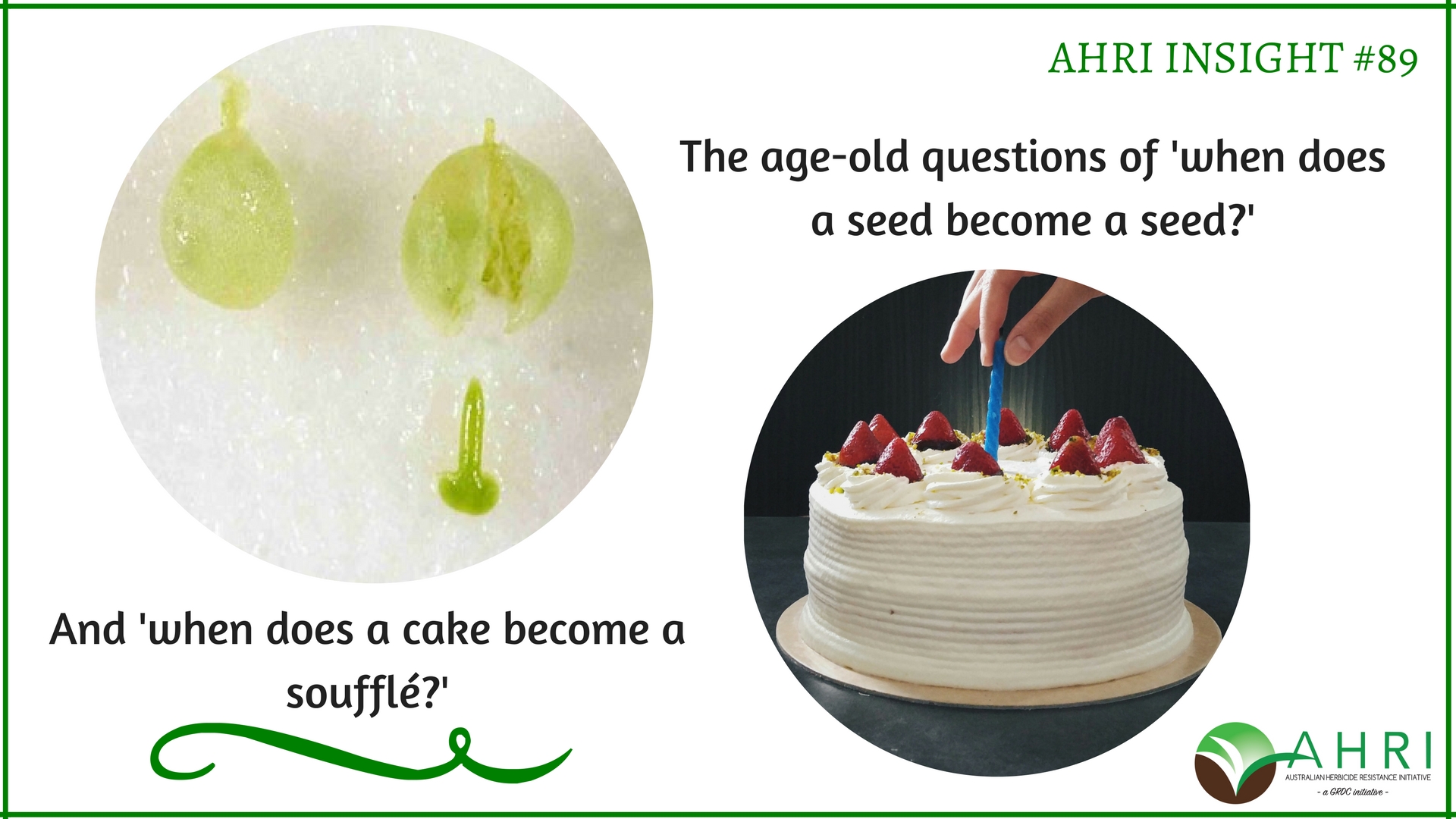 There are four wild radish pod stages as described by Cheam.

Stage 1 is flowers through to pods that are the thickness of a pencil lead. These are easily visible.

Stages 2, 3 and 4 require you to split the radish pod open with your thumbnail and take a look inside the seed. The picture below describes these stages.

Crop top before the embryo is visible

Timing is everything in farming, especially when it comes to spraying to stop weed seed set.

The simple answer to achieving 99 to 100% seed set control of wild radish is to crop top when the radish pods are stage 1 and 2. In other words, before a dark green embryo is visible inside the seed.

Cheam followed up his description of the radish seed stages with some crop topping trials in lupins at various radish seed stages. The data below from Cheam’s trials demonstrates that once wild radish seed has an embryo (stages 3 and 4) it gets very difficult to achieve seed set control with paraquat or glyphosate. 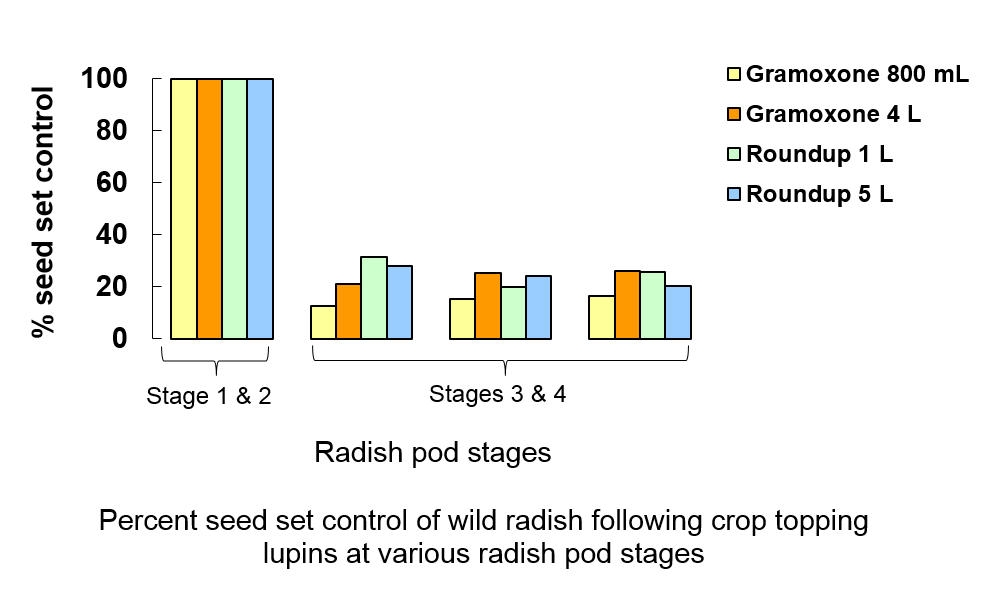 Back in 2001, then AHRI researcher Dr Michael Walsh and Professor Steve Powles assessed the effect of crop topping with 1L/ha glyphosate 450, Spray.Seed (paraquat + diquat) at 1.5L/ha and swathing on wild radish seed set. Treatments were applied at six different timings. For this research, they used a different wild radish pod stage assessment to that developed by Cheam, but to keep things consistent we have applied Cheam’s pod stages to their data. The data below is expressed as wild radish seed production as a % of the unsprayed control. In general they found similar results to Cheam’s research, showing that seed set control of wild radish drops off once the pods reach stage 3 and 4. However, this research that glyphosate was more effective than Spray.Seed® in most cases. It was also interesting that swathing was often as effective, or even more effective than the herbicide treatments at reducing wild radish seed set. 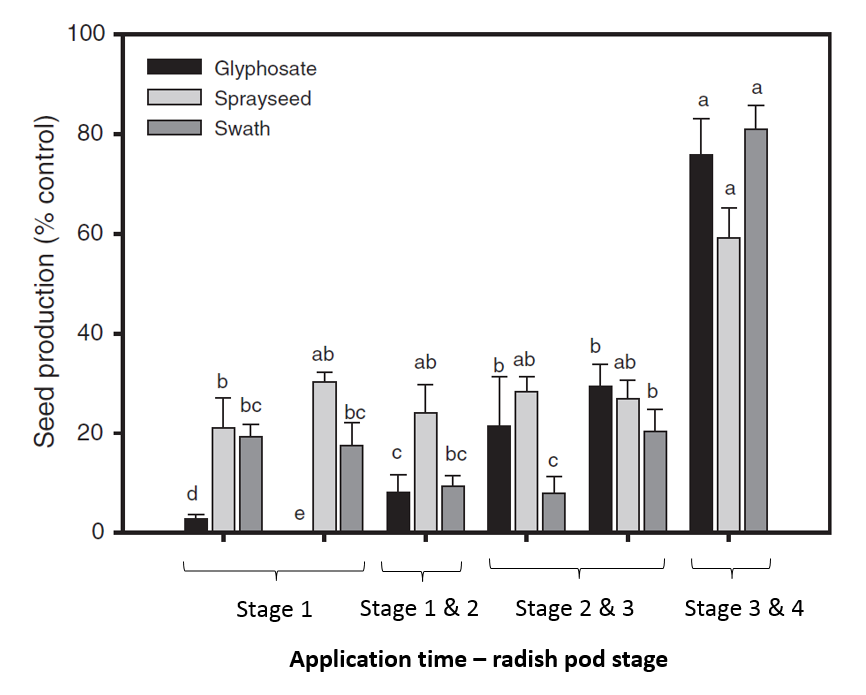 Unfortunately, Cheam’s trials didn’t include Reglone® treatments. In 2006 and 2007, Peter Newman did some trials while working for DAFWA with GRDC funds. He treated individual radish plants with different crop topping herbicides when the crop was mature and the radish was still green.

The first result below was from a wheat paddock in 2006, a very dry year. The wheat had fully matured and the radish tapped into some deep moisture and kept on growing long after the wheat had thrown in the towel. Both glyphosate and diquat were very effective given that the vast majority of the pods were at stage 1 and 2 at the time of spraying. The unsprayed plants set 5700 seeds/plant. Not bad for a drought year!

It’s common knowledge that Reglone® (diquat) is more effective on broadleaf weeds that Gramoxone® (paraquat). Pete also conducted the trial shown below in a lupin crop in 2007. In this trial, the radish had a mix of stage 1 to 4 radish seeds and consequently, the best result achieved was 70% seed set control. As expected, diquat achieved a higher level of seed set control than paraquat. 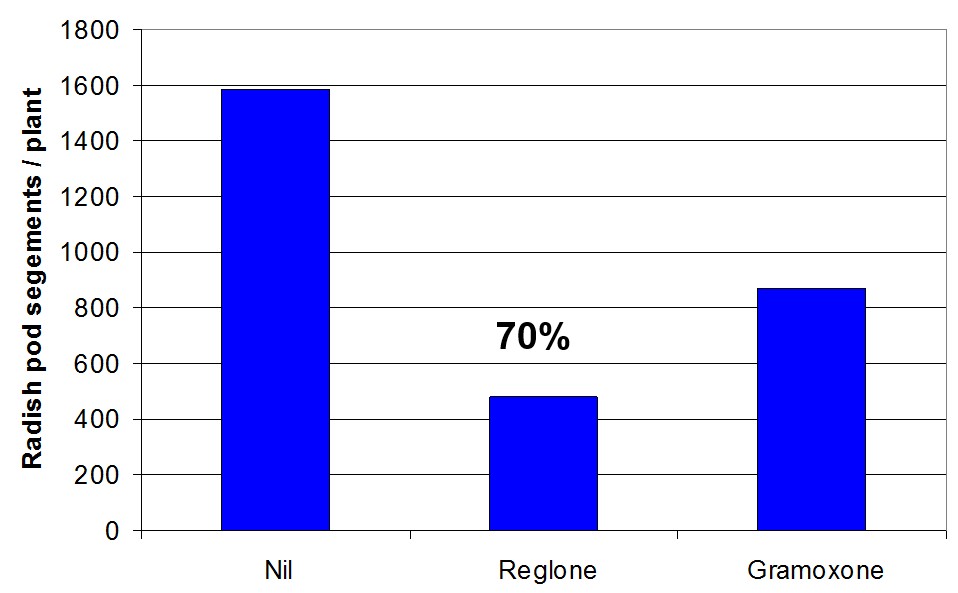 In a third trial in 2007 in wheat, diquat was once again more effective than glyphosate. Diquat is very fast acting contact herbicide, whereas glyphosate is translocated and generally takes longer to cause symptoms in the plant. It is likely that this slower action of glyphosate is what allows a few seeds to become viable before the herbicide has a chance to sterilise them. 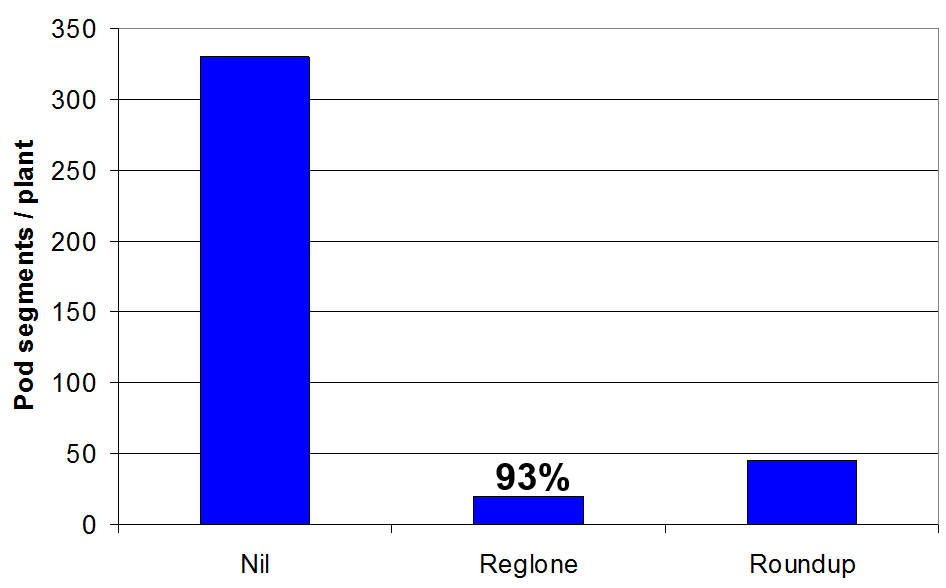 In addition to the products mentioned above, BASF has a new product called Sharpen® on the market registered for seed set control of wild radish in wheat, barley, triticale and several of the pulses including lupins. The early trial data is excellent and Sharpen® can be applied at earlier crop timings than the other crop topping herbicides leading to improved efficacy. Another benefit is this adds diversity to the available options.

Please seek advice from your agronomist about timings and registrations for crop topping. In particular, we should note that paraquat is not registered in wheat, barley or canola and should be avoided.

The time of spraying to stop seed set of grass weeds is generally well understood by many growers and agronomists, but our broadleaf weeds are a little different. This research by Dr Cheam several years ago helped us understand wild radish seed viability and the subsequent crop topping trials gave predictable results once we understood the pod stages. Getting the pocket knife out this spring will help you get to know what is going on inside some wild radish pods so that you can nail the time of crop topping.

2 Responses to When does a seed become a seed?

Leave a Reply to WeedSmart Click here to cancel reply.

How a new wheat variety could compete with weeds like Jonah Lomu did on the field
Sowthistle – know the enemy, exploit its weakness