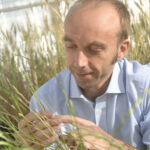 Wild oat is the Yohan Blake of weeds. Yohan is an amazing sprinter, but unfortunately for him, his Jamaican training partner Usain Bolt is faster.

Wild oat is a significant resistant weed, but it’s no annual ryegrass. 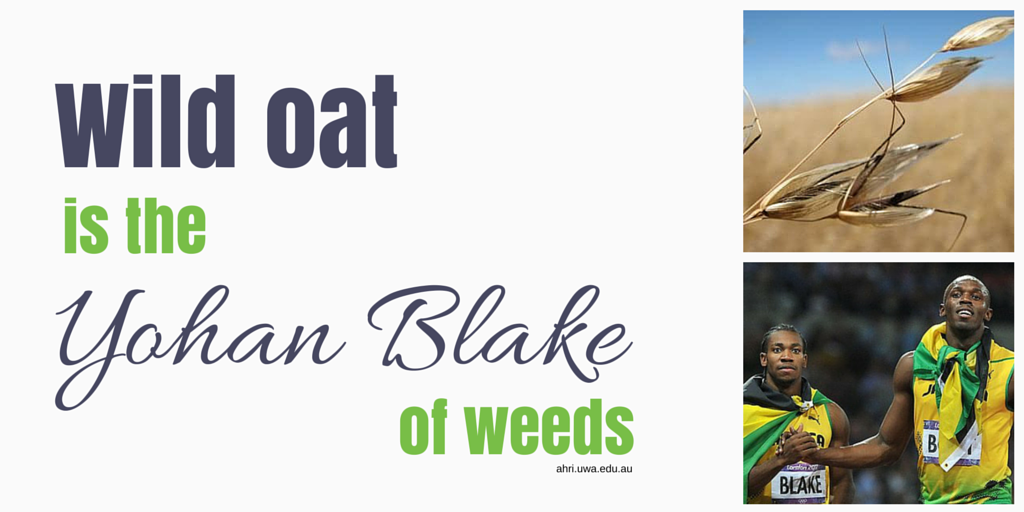 AHRI researcher, Dr Roberto Busi recently showed that repeated use of low doses of Hoegrass® caused only a minor (2 fold) shift towards resistance in wild oat. When Dr Paul Neve did a similar study in 2005, three low doses of Hoegrass® caused 40 fold resistance in annual ryegrass. Annual ryegrass is the world champ of herbicide resistance, and while weeds such as wild oat are a threat, they simply do not evolve resistance as fast as ryegrass.

It is the self-pollinating and hexaploid (six copies of each gene) nature of wild oats that leads to slow resistance evolution.

Evolving resistance in wild oats takes considerable effort. Often, grain growers with resistant wild oats have repeatedly used a single herbicide over and over until it broke. In a weed like wild oats that evolves resistance slowly, simple strategies such as herbicide rotation will go a long way towards delaying the onset of resistance.

How does self-pollination and polyploidy affect resistance evolution?

Walk into Dr Roberto Busi’s office at AHRI and you are likely to see on his computer screen graphs like the ones below (check out the video above to find out a bit more about Roberto’s work). He loves low dose research as it keeps providing interesting insights into resistance evolution.

In this research, Roberto exposed 2 leaf wild oats to 1L/ha Hoegrass® (375g/L Diclofop-methyl) for three generations in a row. This is called recurrent selection. The label rate for Hoegrass® (375) for wild oat is 1.5 to 2L/ha so this represents a half to two thirds rate. After three recurrent selections, the LD50 of wild oat moved from 238g/ha to 546g/ha of Hoegrass, roughly a 2 fold shift (see graph A above).

Dr Paul Neve published a similar experiment using annual ryegrass in 2005. Paul used 100mL/ha Hoegrass® in the first selection, 500mL/ha in the second and 2 L/ha in the third. After these three selections the LD50 of ryegrass moved from 61g/ha to 2462g/ha Hoegrass®, a 40 fold shift (see graph B above). OK, so the experiments were not identical, but you get the picture, there is a big difference between ryegrass and wild oat.

Why is ryegrass the world champion of resistance evolution, and why will wild oat always be the bridesmaid?

Let’s consider ryegrass first. When we expose ryegrass to a low dose of Hoegrass® we are left with a few surviving plants. These individuals have slightly higher P450 activity and are able to metabolise the herbicide. These survivors then cross pollinate with one another and the minor genes accumulate in the progeny. With more crossing, future generations accumulate more minor genes leading to high level resistance after just a few selections.

Now, let’s consider how wild oat is different. Once again, when we spray a low dose of Hoegrass®, we have a few survivors that naturally have slightly elevated P450 levels. These survivors self-pollinate so we do not get the accumulation of minor genes. With repeated selections at low dose we remove more individuals with low P450 level, but without the build-up of minor genes, the survivors maintain only slightly elevated P450 activity.

Also, wild oat is hexaploid, meaning it has six copies of each gene. If a mutation for elevated P450 happens on one gene, the effect of the gene mutation is diluted, and only a small increase in P450 activity results.

What can we do with this info? 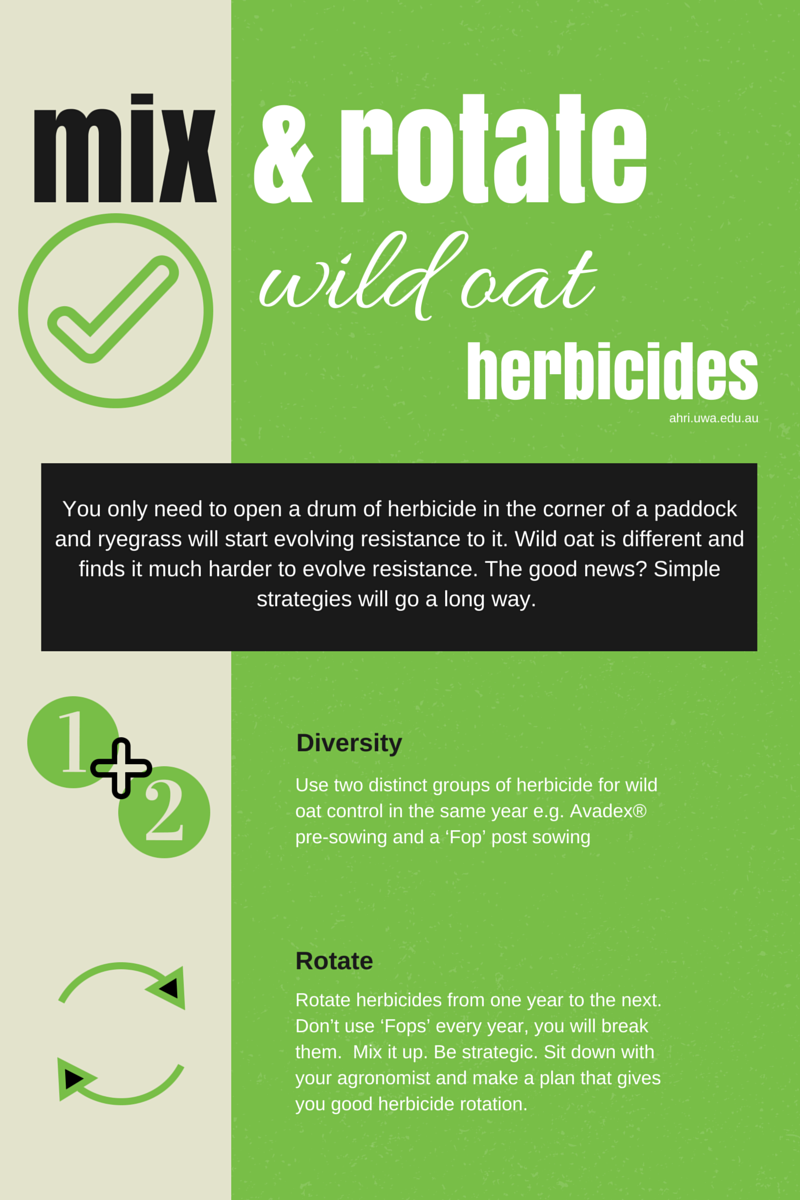 There are thousands of fields around Australia where annual ryegrass has evolved resistance to herbicides years ago and wild oat in the same paddock have not. Roberto and other researchers are now telling us why this is so. It’s not too late to learn from this research and protect wild oat herbicides for years to come.