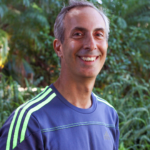 Fitness is a big thing amongst the AHRI Communications team. We have bike riders, runners, walkers, a kitesurfer, a netballer, a touch footy player – and there are only seven of us.

Fitness is also a big thing in the world of herbicide resistance.

Perhaps that’s why we’ve talked so much about herbicide resistance and fitness in past AHRI Insights. In particular, how certain types of glyphosate resistance result in a fitness penalty, where resistant plants are weaker and more susceptible to competition from other plants.

But the message is not so clear for glyphosate resistance resulting from gene amplification. Although it would make sense that the extra energy required to produce multiple target site enzymes would weaken the plant, this is not always the case.

Table 1 summarises the strength of resistance and fitness penalty associated with different glyphosate mechanisms. You can read more about these in the recap of past AHRI Insights below, or click on the review paper here by AHRI researchers Martin Vila-Aiub, Qin Yu and Steve Powles.

A recap of target-site glyphosate resistance and fitness penalties

Is there a fitness penalty associated with the TIPS mutation?

Well yes… and no.

Incidentally, AHRI Insight #42 contains an excellent summary and video of how glyphosate resistance works at the target site EPSPS enzyme (Figure 1) and is a great way to brush up on your molecular biology! In a nutshell: 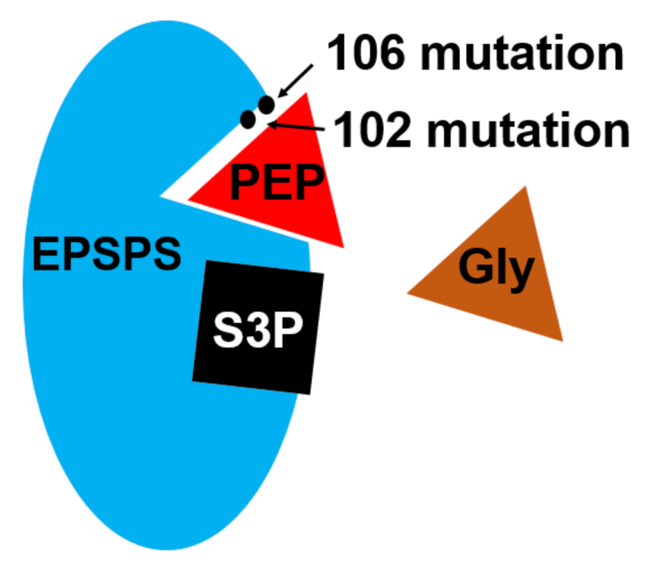 Figure 1. (source: AHRI Insight # 42 by Peter Newman). The 102 mutation occurs closer to the PEP binding site, right next to the 106 mutation. The combination of these two mutations (TIPS mutation) gives high-level glyphosate resistance because glyphosate binding is severely inhibited. PEP can still bind but binding is slightly inhibited. This is why there is a fitness penalty associated with this mutation.

So, in conclusion, there’s lots more work to do in this space. Glyphosate and fitness – the quest most definitely continues.