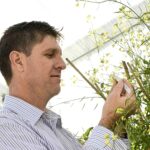 Once upon a time we used to argue about whether smoking was bad for your health. We don’t argue about that anymore.

And something unexpected happened as well, along with 2,4-D resistance, this wild radish also became cross resistant to the group B (ALS) herbicides Eclipse (metosulam) and Glean (chlorsulfuron) ], even though these weeds had never been previously exposed to these herbicides.

This research potentially has major implications for farmers in the USA where new herbicide tolerant crop traits rely on the phenoxy herbicides. So keep the rates up! There is a simple reason for low herbicide rates being the fast track to herbicide resistance. The genes that allow a weed to survive a low herbicide dose are as common as mud.

In Mike’s research, he started with only 382 totally susceptible wild radish plants. You only need to start opening the drum of herbicide near these plants and they start to die! He grew them to the two-leaf stage and then sprayed them with 200mL/ha of 2,4-D Amine 625 (Amicide 625), which is about ¼ of the recommended rate, and 29% of them survived.

He then took 20 of these survivors, let them cross pollinate with one another and set seed. He then used this seed to grow 396 wild radish plants for the next selection. This time he sprayed the plants with 400mL/ha of Amicide 625. This process is what is known as recurrent selection. Mike did this for four generations as per the table below, treating three generations at low rates and the fourth generation at a high rate.

Almost one in three plants had the genes necessary to survive a low rate of herbicide in the first selection. Perhaps one in 10 million plants naturally contain the genes to survive a full rate of 2,4-D. This is why low rates of herbicide are a bad idea. 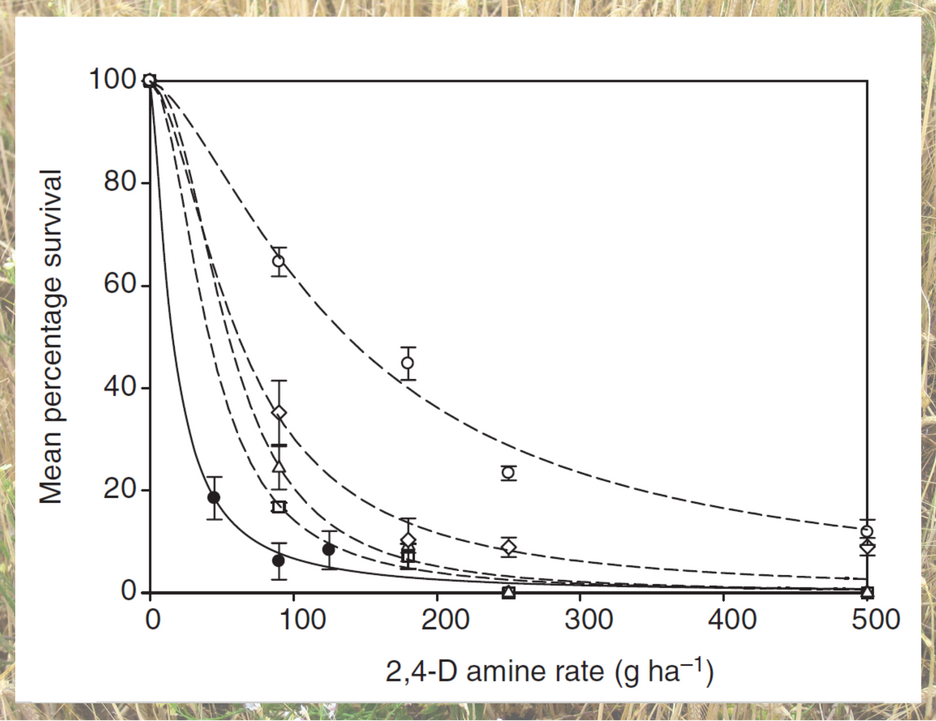 The really confusing part of this research is that P450 enzymes have never been implicated in 2,4-D resistance in previous research. More research is required to fully un-pack this one.

A number of studies in the past have demonstrated how low rates of herbicide cause resistance to evolve in grass weed species. This is the first such study in a dicot species, and the results are remarkably similar. Phenoxy herbicides such as 2,4-D are important weed control tools in Australia and they are soon to be extremely important in the USA as more phenoxy tolerant crop species are soon to be adopted by US farmers to combat glyphosate resistant broadleaf weeds. This research should sound a warning to these growers. Keep the rates up!

For scientists, here is the journal link to the paper!