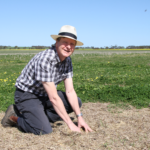 Things just aren’t like they used to be. Aussie rules football used to be about the full-forward taking screamers and defenders could actually tackle hard, now it’s all about flooding the backline and netball rules apply to contact.

There used to be one type of beer on tap and buying a round of drinks was easy. It was a yes or no question. We used to be able to rely on the break to the season, however, it seems to be getting harder and harder to get reliable Autumn rains to germinate weeds that we can knockdown before seeding the crop.

Should we be setting ourselves up to delay seeding, even when there is a late break, to get a knockdown before seeding?

As AHRI and Weedsmart Western region agronomist, I recently gave a presentation to a group of high rainfall farmers who were concerned that they hadn’t had a decent knockdown for three years in a row.  What I came up with, based on research and experience, was that we definitely should not be waiting for a knockdown, but we need to throw enough weed management at the farming system to make it work.

Research by Chris Preston’s team in South Australia has shown that early sown crops can compete better with weeds because they grow in warmer conditions, and as a result set a similar amount of ryegrass seed as late sown crops with an extra knockdown. The key to success here is a robust pre-emergent herbicide package.

No knockdown, no worries, if… To find out what the “ifs” are, read more below. 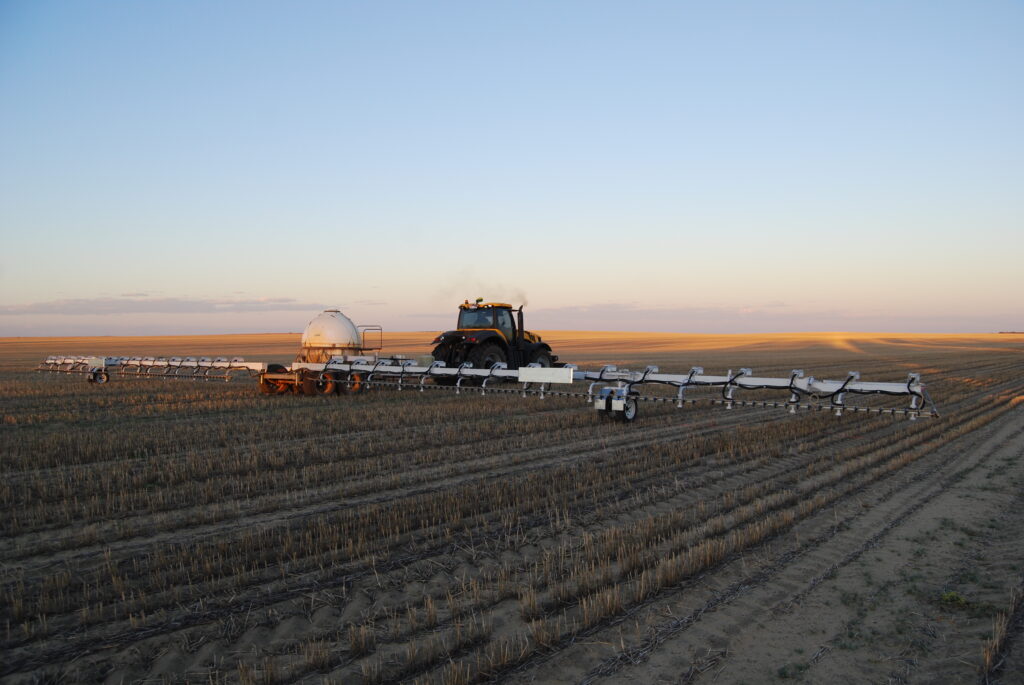 In the immortal words of Ray Harrington, “We want the farmer calling the shots, not the weeds”. This has got to be one of the best weed control quotes of all time. Ray is right. If the weeds call the shots, there’s little doubt that farmers will lose money if they are forced to change rotation, delay sowing, or heaven forbid leave a paddock out of crop altogether! We want the farmer to choose the time of sowing to maximise profit.

First, let’s take a look at the time of sowing research by Sam Kleemann, Gurjeet Gill and Chris Preston from the University of Adelaide.  Through several years of research at two sites, they have concluded that farmers should not delay sowing to get another knockdown prior to sowing.

In this trial at Hart, there were similar weed numbers in crop despite the later time of sowing receiving an additional knockdown prior to seeding.  There was similar ryegrass seed set in crop between the two times of sowing, and there was a spectacular yield increase for the earlier time of sowing. This is why we want the farmers calling the shots!

Table 1: Ryegrass density in crop, headcounts in spring and wheat yield for two times of sowing at Hart, SA 2014 where Sakura 118g/ha was applied pre-sowing.

This research was repeated in 2015 at Hart at a lower ryegrass density site and a similar trend was seen. The trial was moved to Roseworthy in 2016 to a higher density ryegrass site. This time the earlier time of sowing had more weeds in the crop than the later time of sowing but they went on to set similar amounts of seed. In 2016 there was little difference in yield between the two times of sowing. The researchers believe that this may have been because Mace wheat was sown at both timings and it was better suited to the later sowing time than the early sowing time. They suggest that for earlier seeding growers should choose an appropriate longer season variety to maximise the yield benefit.

Table 2: Ryegrass density in crop, headcounts in spring for two times of sowing at Roseworthy, SA 2016 where Sakura 118g/ha was applied pre-sowing.

This research group concluded from these trials and other trials at Lake Bolac, that farmers should not delay seeding to get another knockdown on ryegrass. They firmly believe that early seeding benefits the crop due to warmer conditions, giving the crop greater capacity to compete with weeds and keep a lid on ryegrass seed set.

They also concluded, for this tactic to work, a robust pre-emergent herbicide package is needed. The results above are for the Sakura 118g/ha treatment, and they saw even better results where Sakura was mixed with trifluralin or triallate.

No knockdown, no worries, if…

So, we can get away without a knockdown, and seed early if…

If we are aggressive, we can throw enough weed management at the system to make it work. We want the farmers calling the shots, not the weeds.

Thermal weed control – just hot air, or site-specific reality?
Crops are doin’ it for themselves