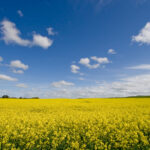 Weed control doesn’t get more ‘site-specific’ than this! Bioherbicide plant-factories that bounce out of the ground, monopolise the sunlight and produce allelopathic chemicals to stave off weeds in-crop and in the following summer fallow. 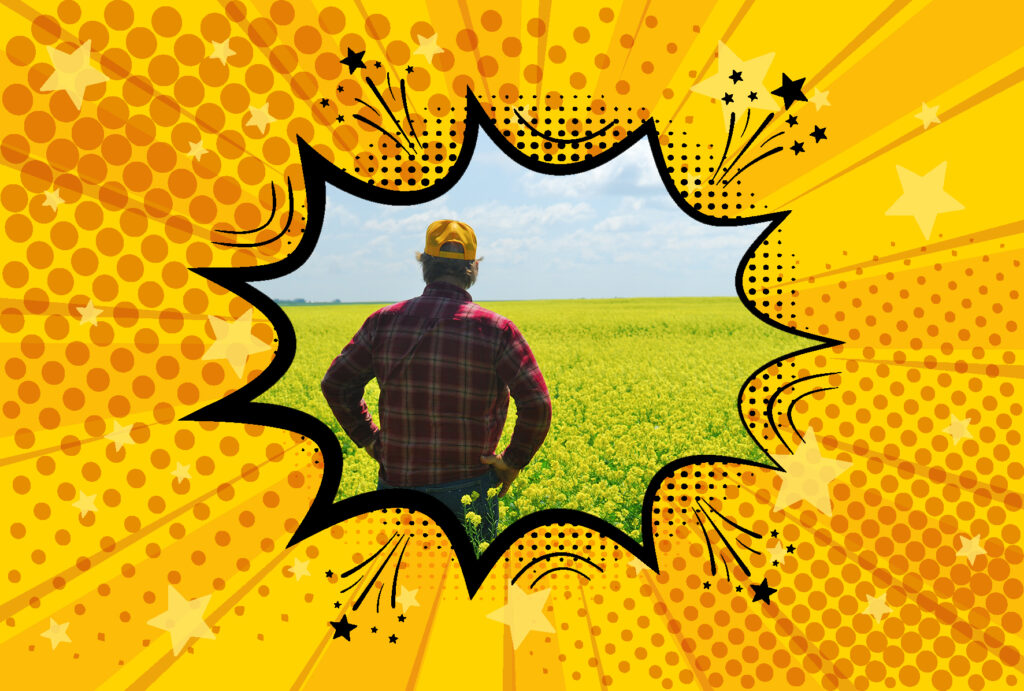 This AHRI Insight is a follow-up on an earlier article ‘Crops are doin’ it for themselves’ where we investigated the complex interactions of competitive crops and their weed suppression powers.

While that paper focused on cereals, in this one we will consider the mechanisms at play in canola, a crop from the mustard family, long known for its allelopathic ability and yet the exact mechanisms are still shrouded in mystery.

Within a large project led by Professor Leslie Weston at Charles Sturt University and Associate Professor Dr Chris Preston at The University of Adelaide, to investigate several aspects of crop competition, PhD candidate James Mwendwa and the project team conducted field trials at Wagga Wagga comparing the weed-suppressive effect of six hybrid and one open-pollinated canola cultivars, both in-crop and post-harvest, in 2014. The experiment was repeated in 2015, a drier year with much lower weed pressure, using the same cultivars plus two new cultivars. In 2015 and 2016, another site at Condobolin was added to test the same cultivars in a lower rainfall environment.

In the drier season (2014), weed pressure was lower and the suppressive effect of the crop was not significant although weed growth was adversely impacted. In the wetter year (2015), with 10-fold greater weed pressure, the suppressive effect of early vigour cultivars truly shone, driving down weed biomass. Low weed biomass before crop flowering is typically associated with reduced weed seed production and seedbank replenishment.

But the story is not as simple as high early vigour + high crop biomass = fewer and smaller weeds. There appears to be other factors at play to reduce weed growth.

For example, the Hyola 600RR cultivar exhibited only moderate weed suppression, despite having high early growth vigour and biomass. In comparison, AV Opal and Hyola 50 had similar early vigour to Hyola 600RR yet were far more weed suppressive, and, CB Taurus did not produce high early biomass in either year but demonstrated strong weed suppression ability. This suggests that there are other factors at play – not just crop competition.

Note that the poor performance observed in ATR Bonito in 2014 was likely associated with its susceptibility to blackleg and other pathogens.

‘Bioherbicide factories’ in the field

Brassica spp. produce glucosinolates, which can be enzymatically degraded to isothiocyanates in their seeds, roots and foliage. In fact, glucosinolate-containing seed meals have been intensively investigated as biofumigants for weed control. Charles Sturt researcher Md Asaduzzaman has previously noted the reduction in annual ryegrass root and shoot growth as the density of canola seedlings increases. Additionally, he found that the Australian cultivar Av-Opal and the breeding line Pak85388-502 suppressed root length of ryegrass more than other genotypes, even at low densities.

This suggests that enhanced weed suppression is potentially associated with the production of bioactive secondary metabolites, or allelochemicals including over 120 different glucosinolates produced by Brassica spp., some of which are exuded by certain canola cultivars, potentially a useful trait that could receive additional consideration within the plant breeding framework.

The by-products of glucosinolates include nitriles and isothiocyanates, some of which are toxic to livestock, are also volatile, rendering them difficult to study. Others are more resistant to degradation in soil, with potential bioherbicidal effects evident, even post-harvest.

The weed-suppressive effect of canola stubble is also two-fold. Firstly, high biomass crops produce higher stubble load and secondly, the release of bioactive substances varies over time and by cultivar and their release is clearly impacted by environmental conditions. Detailed examination of the allelopathic power of canola stubble was beyond the scope of this body research however, some interesting observations can be made from the ranking of cultivars against summer weeds.

The canola cultivars CB Taurus and GT-50 were consistently more weed suppressive, but results were not always significant, depending on weed evaluated and time of rating.

Interestingly, ATR Bonito, which was poorly weed-suppressive in-crop in 2014, ranked as the most weed suppressive stubble in-fallow that year following harvest. In 2015, its in-crop weed suppression was moderate, but the in-fallow weed control was poor.

Confirmed in more seasons and other environments

This experiment was repeated in 2015 and 2016 using the same eight cultivars, this time at a similar site in Wagga Wagga and also at a lower rainfall site at Condobolin. Very similar results were achieved, demonstrating that the competitive ability of canola during the cropping phase and in post-harvest stubble is associated with biomass production and canopy architecture in-crop and rapid growth exhibited by newer cultivars such as Hyola 600RR. However, canola allelopathy or residue phytotoxicity potentially occurs independently of such competitive traits, and deserves further study, particularly now that intensive metabolic profiling of plant and soil extracts is possible.

Selecting for enhanced competitive and bioherbicidal traits in canola plant breeding lines is recognised as an aspirational goal for plant breeding programs in Canada and the EU, and the use of brassica seed meals for weed suppression has received considerable attention by organic producers. While canopy architecture and growth traits are able to be routinely evaluated, assessing the production and release of allelopathic metabolites, which are often influenced by environmental factors remains challenging. Getting a better understanding of the factors influencing weed suppression in crop and in fallow is a priority for future development of the IWM toolbox.

With new canola cultivars regularly rolling into the marketplace growers can look for and choose cultivars that exhibit competitive traits, regardless of the herbicide tolerance of the cultivar, while also producing high grain yields.